Out and about, part 2


Another picture of me, this time with beautiful autumn leaves in the background...at a hilltop overlook in north central New Jersey, with spectacular views.

While carrying my purse and looking for the restroom, I was directed to the ladies' room by the staff.  Because the people with us (and standing in line for the potty) know me as a guy, I used the men's room and had no problems.  But being directed to the restroom I'd really prefer to be using, is always so very affirming! 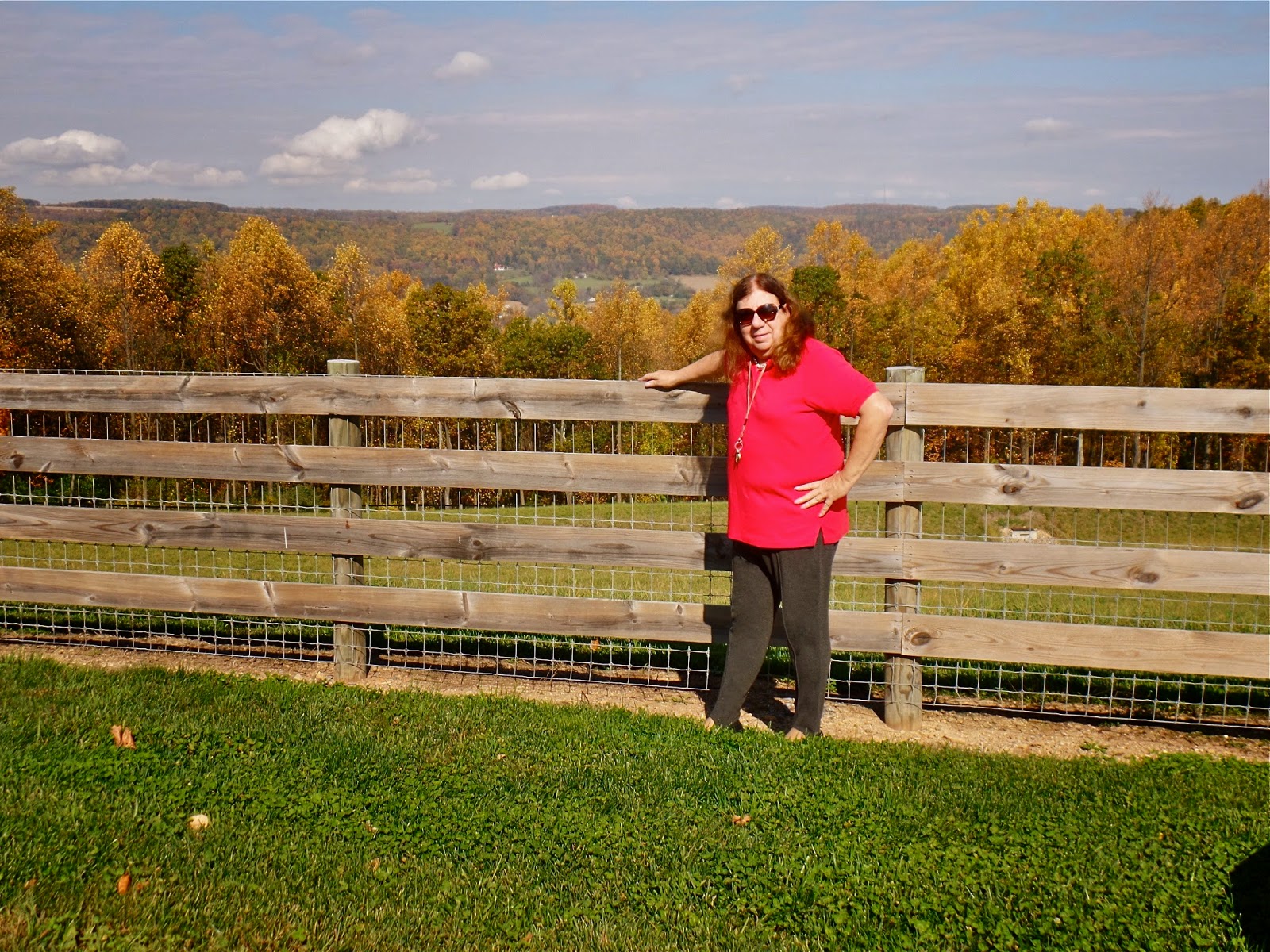 Autumn leaves...and a red polo top for some contrast.

The weather was warm enough that day, to cause me to wish I'd worn my capri pants.  But I didn't...and at that point, couldn't do much about it. 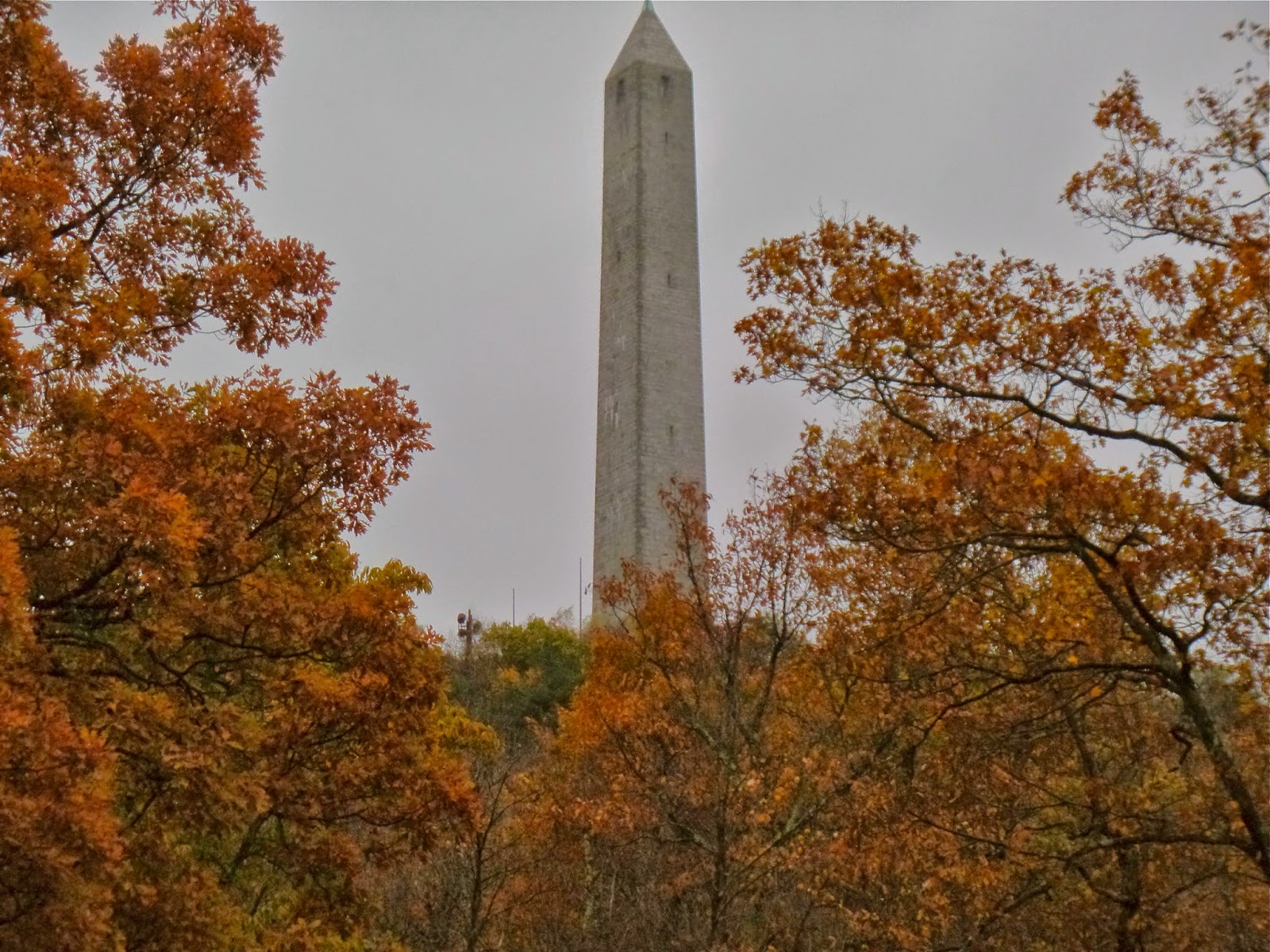 The next day, we drove up to High Point State Park (near Clinton, NJ) to take in the view from High Point Monument, which at 1,803 feet above sea level, is a spectacular panorama of rich farmland and forest, soft hills and lush valleys in three states.  Unfortunately, when we arrived it was closed - but most of us probably wouldn't have hiked the 200+ steps to get to the top anyway.  We'd have settled for views from the bottom of the obelisk...

The motel that night was where I found out about an unknown antifreeze leak in my antique car.   Minor, to be sure, but a leak nonetheless.  If it developed more fully enroute, it could have caused major coolant loss.  Several of the mechanics in our group suggested using stop-leak to get it home, thus avoiding any chance of a rip-off from unscrupulous gas stations or dealerships, since none of us had the tools or materials to work on it "in the field."

I took their advice, used the stop leak, and it worked.  Fortunately, the rest of our excursion was uneventful, mechanically speaking!   (Now I just have to get it to my mechanic...but I have time for that since it won't be going any place long-distance till next spring.)

On this excursion, we were able to get into a tour of Atlantic City's Boardwalk Hall.  You might remember this venue from watching many years of the Miss America pageant broadcast from there.   It was so very fascinating...especially to be standing on the very stage where so many beautiful women have "strutted their stuff" each year, during the pageant.  I could almost hear the echoes of many past celebrations:

There was only thing wrong...I wasn't wearing a gown, heels and makeup!  Now, THAT would have been fun! 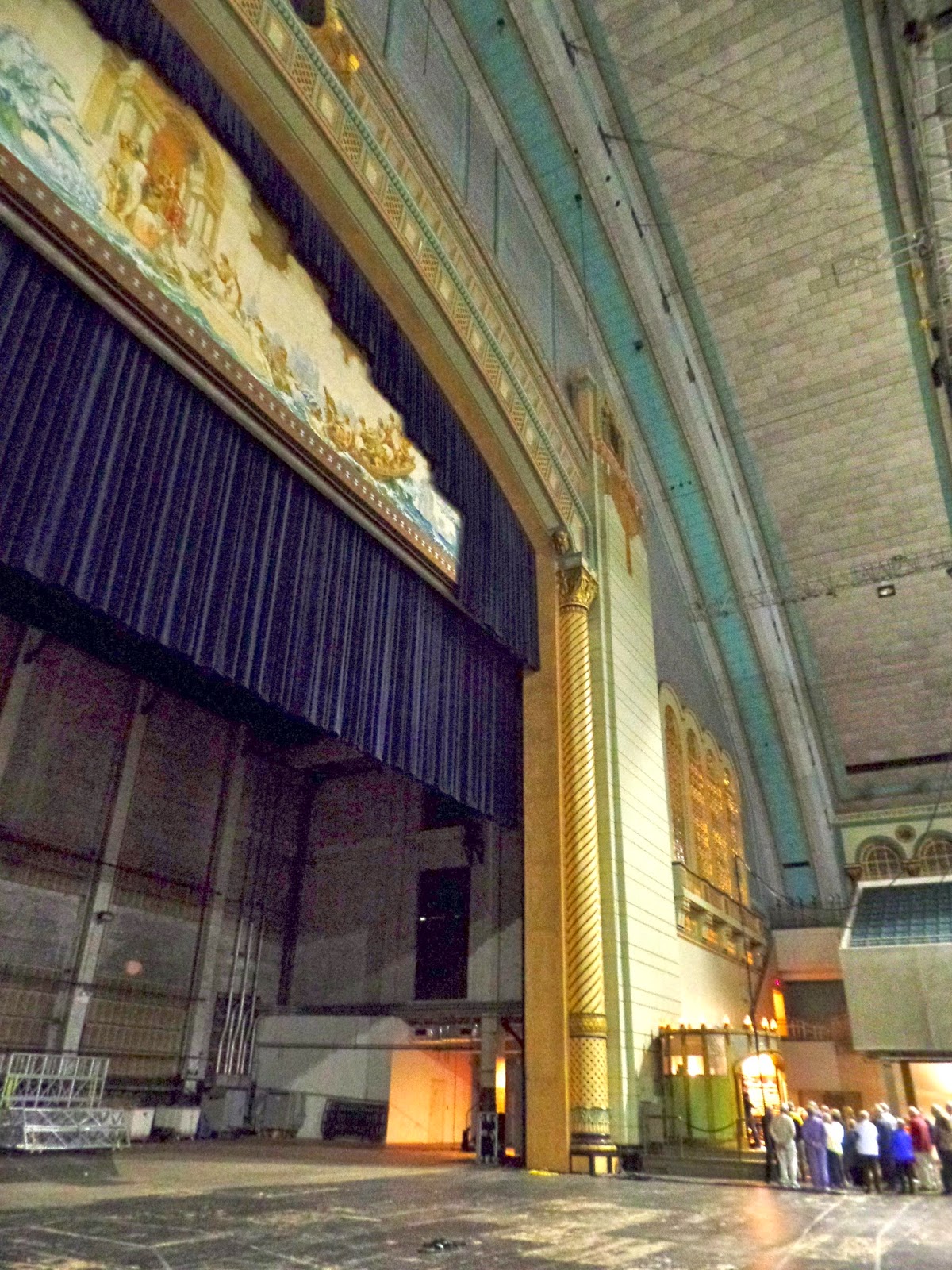 The stage at Boardwalk Hall.  People are gathered at the hall's Organ Console. 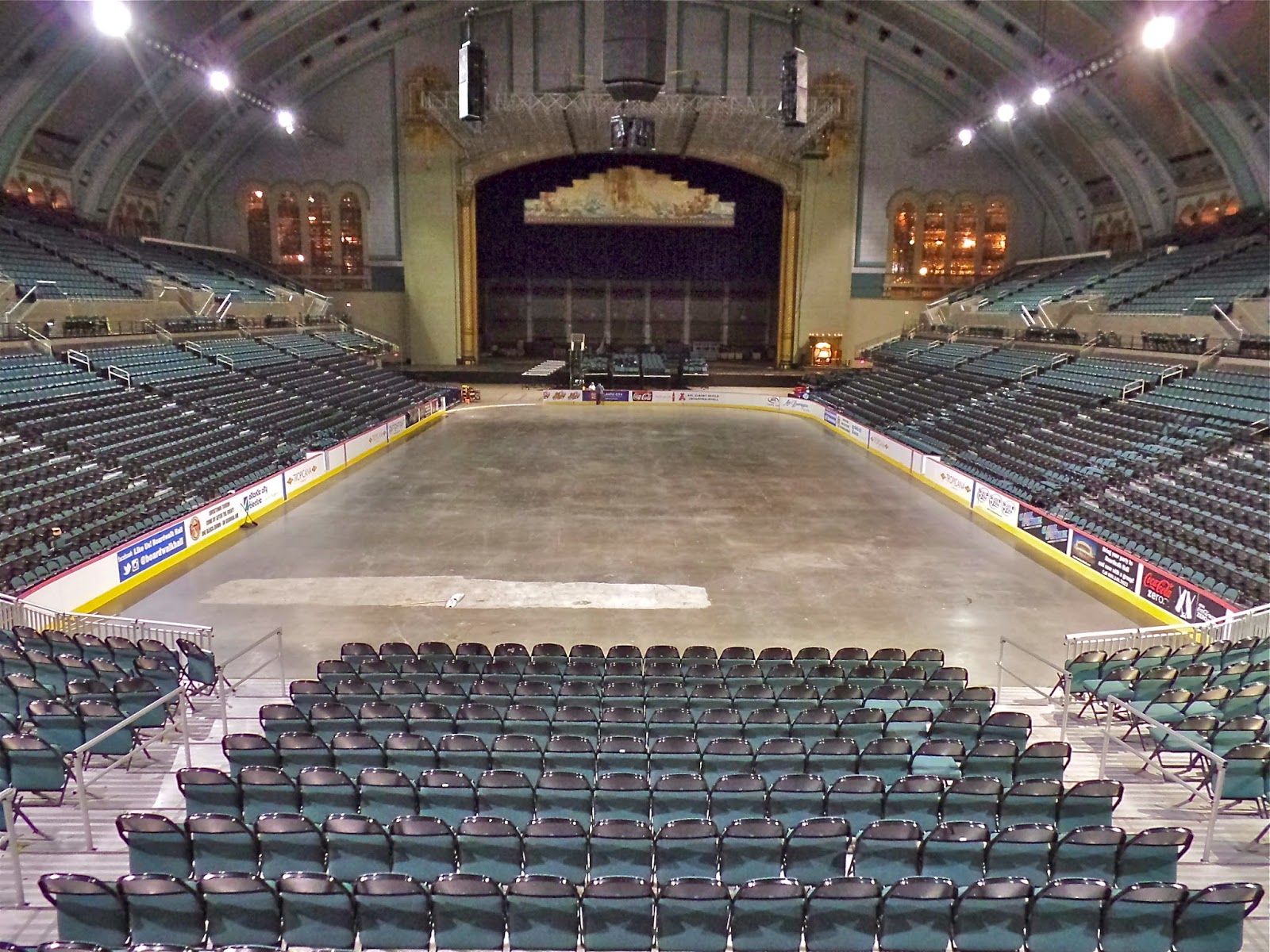 View of the arena, being set up for hockey.  Notice the organ rooms on either side of the stage...and on the side walls. 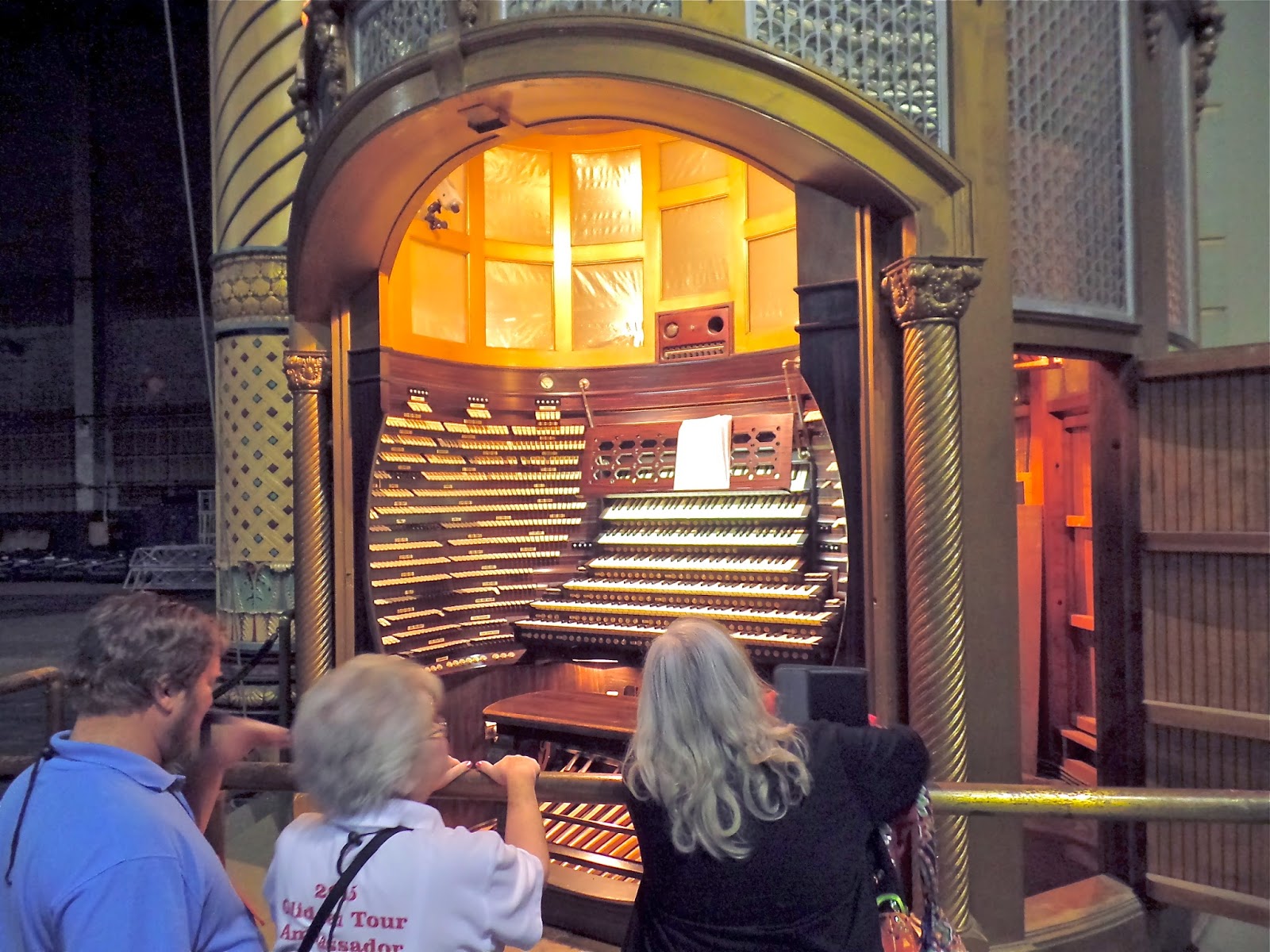 Per Wikipedia, construction of the organ took place between May, 1929 and December, 1932. 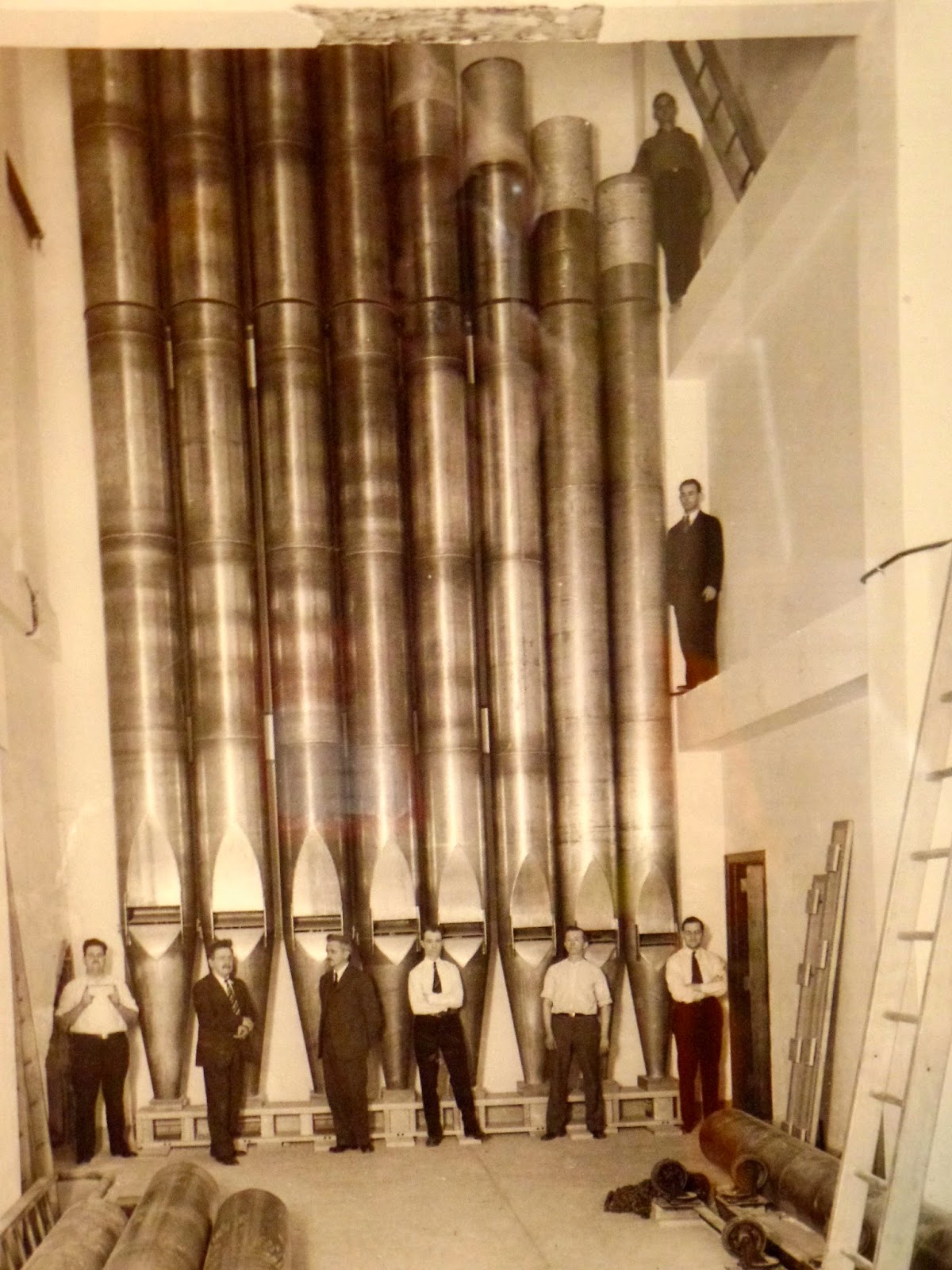 Antique picture of some of the pipes.

We were able to listen in on a recital, or demonstration of the organ, which was amazing!  And to think, only since 1998 has it been made about 25 percent operational...there were (still are) long standing damages from flooding and roof leaks, which are being repaired as time and grant monies permit.

They estimate complete restoration within the next ten years...if it happens, we'd love to go back and hear the grand sound of the world-record-holding 33,114 pipes, all in full operation! (And maybe by then I'll be wearing a dress???  Time will tell.)

Mandy
Posted by Mandy Sherman at 7:03 AM