As “Mr. Rogers” might say, it was a “beautiful day in the neighborhood.”  I suggested to Wifey that we might as well get out and about on such a pretty day – and visit someplace on the Delmarva that we had not previously been.  Destination selected:  New Castle, Delaware (not far from Wilmington.)  It has lots of old historic buildings (as in 1700’s and 1800’s), and is very quaint.  Sort of like Williamsburg, VA – only closer, without crossing any big bridges.

But what to wear?  She pointed out that temperature was a bit too cool for shorts, and a bit too warm for the leggings I had put on that morning, so the logical compromise was a pair of light gray capris.  And, she pointed out that it would be a good chance to wear my white sandals all day.  (We both wished that the new ones I’d ordered recently had arrived, but no such luck.)

A couple of photos of note:  I noticed a hearse drive by, and chuckled at the license plate number.  In the attached photo you may be able to read it, but if not – it’s “DEAD.”   Quite appropriate - especially for the passenger along for the ride in the cargo area. 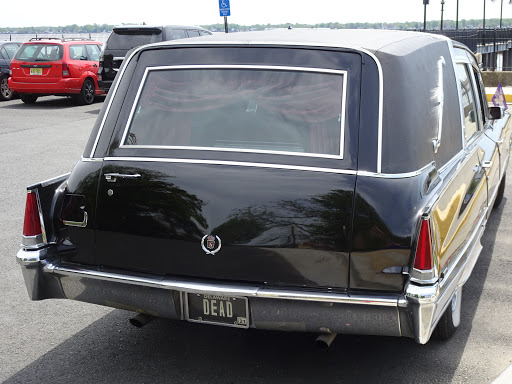 Before we left, Wifey took a picture of me – standing beside Immanuel Episcopal Church.  This church was  founded in 1689, and is one of the oldest Episcopal parishes in the United States. Immanuel's parishoners have been worshipping on the spot where the church stands for over 325 years. USA history and that of the town of New Castle have always been closely linked, and continue to be so today. 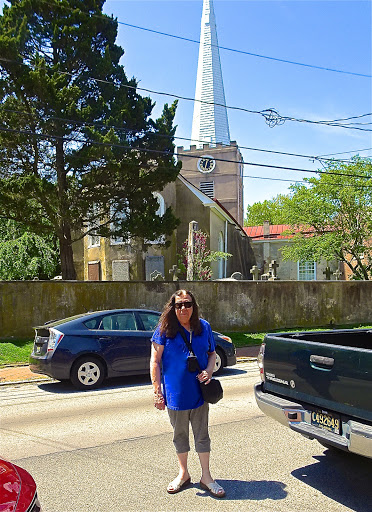 We chose not to eat in the few restaurants which were open, and the closures probably were a result of town not being crowded,  such that we found a decent parking place.  With the lack of people, and only some stores open, we had few interactions with anyone, though I did notice women saying “Hi” as we walked by. (Of course, I responded.) We had a great time that day, and just before we left, Wifey took a quick picture of me, with Immanuel Church in the background:

We hope to get back again soon, in “normal” times, whenever they begin!

Posted by Mandy Sherman at 1:23 AM No comments: