Steam’s days were numbered by this time…

Dad and Mom were on a trip to Florida by train back in 1951, headed east on the Pennsylvania Railroad’s great Broad Way…the 4-track east-west main line through the Appalachian Mountains.

One of the obstacles in building this stretch of railroad was a heavy grade. So the railroad’s designers devised a route through the mountains which involved  a horseshoe-shaped route to make it over the hill with a les-severe gradient. 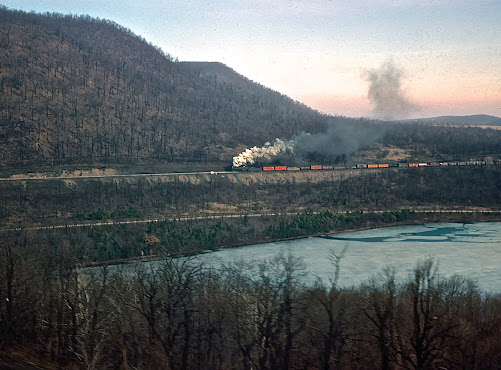 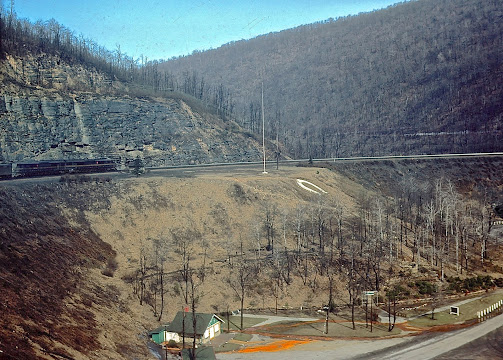 Dad liked photography, thus these pictures came to be.  Yes, I wish they were sharper, but what can you expect from a standard lens camera and slow (ASA 25) film?  At least he made the effort to take them!

Notice those spiffy new E-units on the point of Dad's train, all shiny in their tuscan red?  Steam was on the way out...    And now, 70 years later,  passenger trains are almost gone, too!

Thanks, Dad - for leaving these reminders of the way things used to be!