It was a long drive from Mom's nursing home to the sale venue...where I would be spending the days this weekend.  And being not so fond of traffic, I was hoping for the best on the way.  I was very lucky.  It was my smoothest ride ever to get there.

When I arrived, I was anxious to see this year's reaction to my outfit.  Didn't take long to notice women checking out my legs - the stirrups and flats were plainly visible.  As I walked in, what did I see, but someone in a full witches' costume - including a skirt!

She was talking to a lady vendor about her costume and as I liked both the booth's contents and her costume, I spent some time checking the wares.  It was easy to see that the "witch" had long, beautifully done nails, each with Halloween nail art, and was wearing full makeup.  But she was not making much of a pretense of disguising her voice in her conversation with the clerk, even as I moved closer.

I spoke first and complimented her outfit.  She thanked me, in her femme voice, and the three of us all started talking.  She gave up on her femme voice, and showed us her nails.  She spent a fortune on Halloween nail art on all 10 nails...they were beautiful.  She actually makes no pretense of using the women's room.  Last year she made quite a stir by using the men's room while wearing a hoop skirt!   She related some of her experiences, and I chose to out myself to them.  The lady vendor was fine with it...and the Witch (who was wearing her "guy name" attendee badge) commented on how he was wearing a wig, and he wished his hair was long like mine.

We chatted for a few minutes and I found out that (s)he was headed for a something in Gettysburg, PA.   Like to pick up a skirt!  Never did find out what's going on there for Halloween, though it probably is some kind of a "haunted thing" - Gettysburg is reputed to be one of the most haunted towns around.  I guess that's due to the number of folks who died in battle there.  Then I finally had to get back to selling.  He plans to come back next year (has been there before while dressed, though I never saw him) and he and the lady vendor both want me to attend dressed.

Not sure what I'll do about that...but for some reason my stirrup pants and pantyhose with flats and purse attracted a lot of looks today...all from women.  I'll see how things go over the next year!

I saw the "witch" twice more during the day...he looked nice each time.

The meet-up I'd hoped for, with one of the girls from on the blog, unfortunately fell through at the last minute :-( and that meant I would have to go to Red Lobster alone.  I was well received (as a woman) at RL, enjoyed a tasty and relatively economical meal, and headed back to the motel when I was done.  Here's how I was dressed for the evening.   I recruited the desk clerk (who remembered me from last year - I wonder why?) to take my pix...

That gave her a few minutes of fun...in an otherwise dull and boring evening. 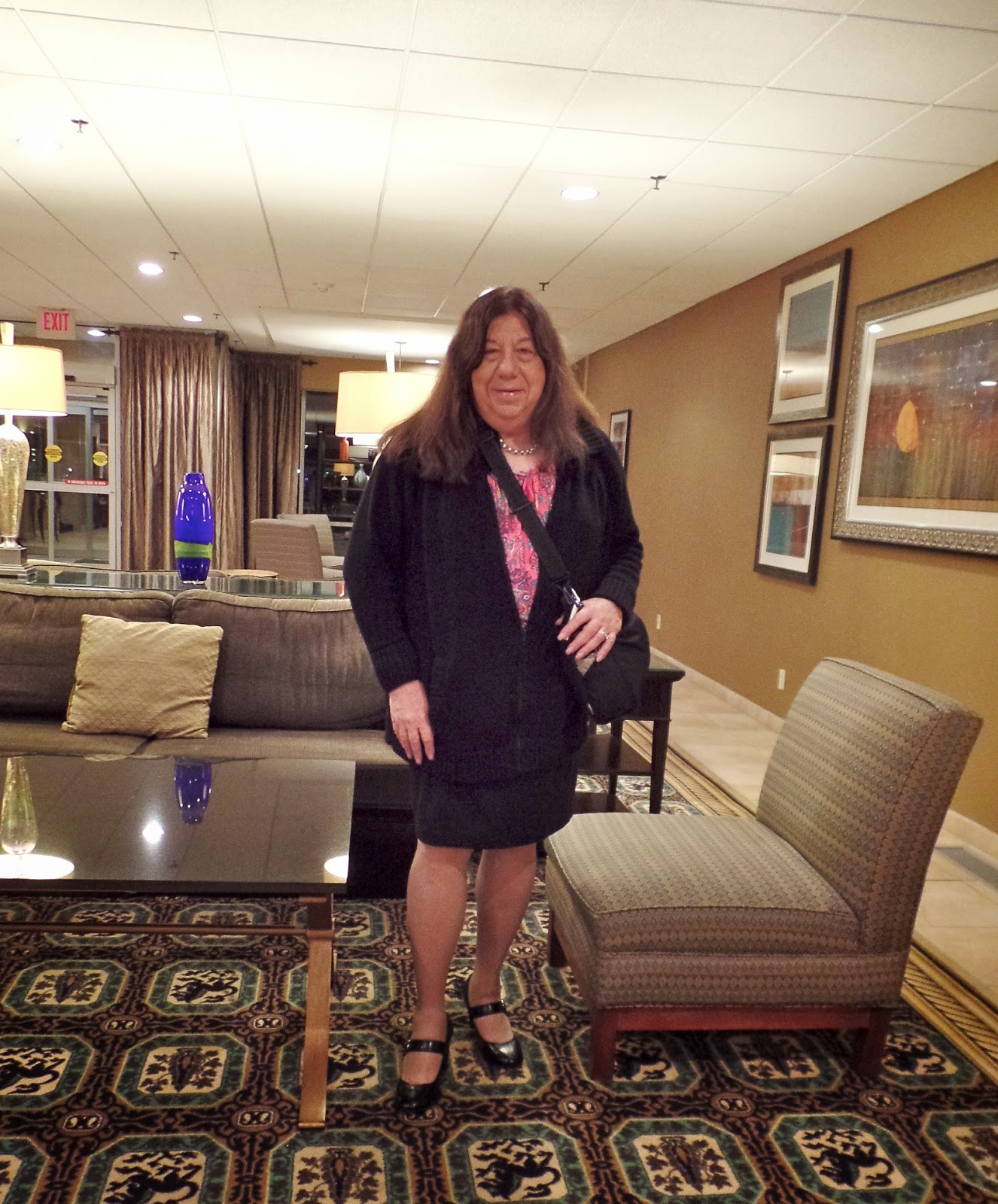 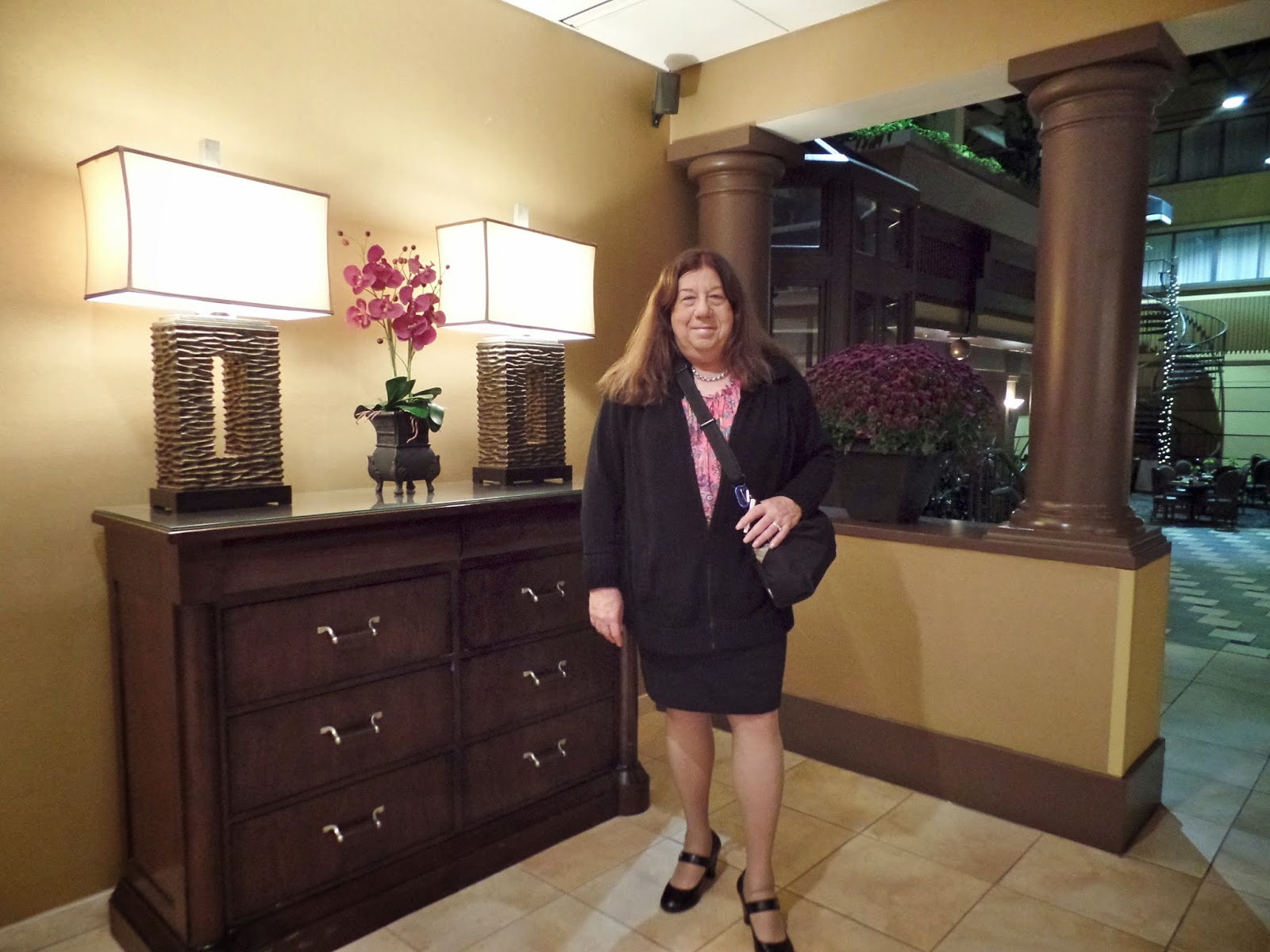 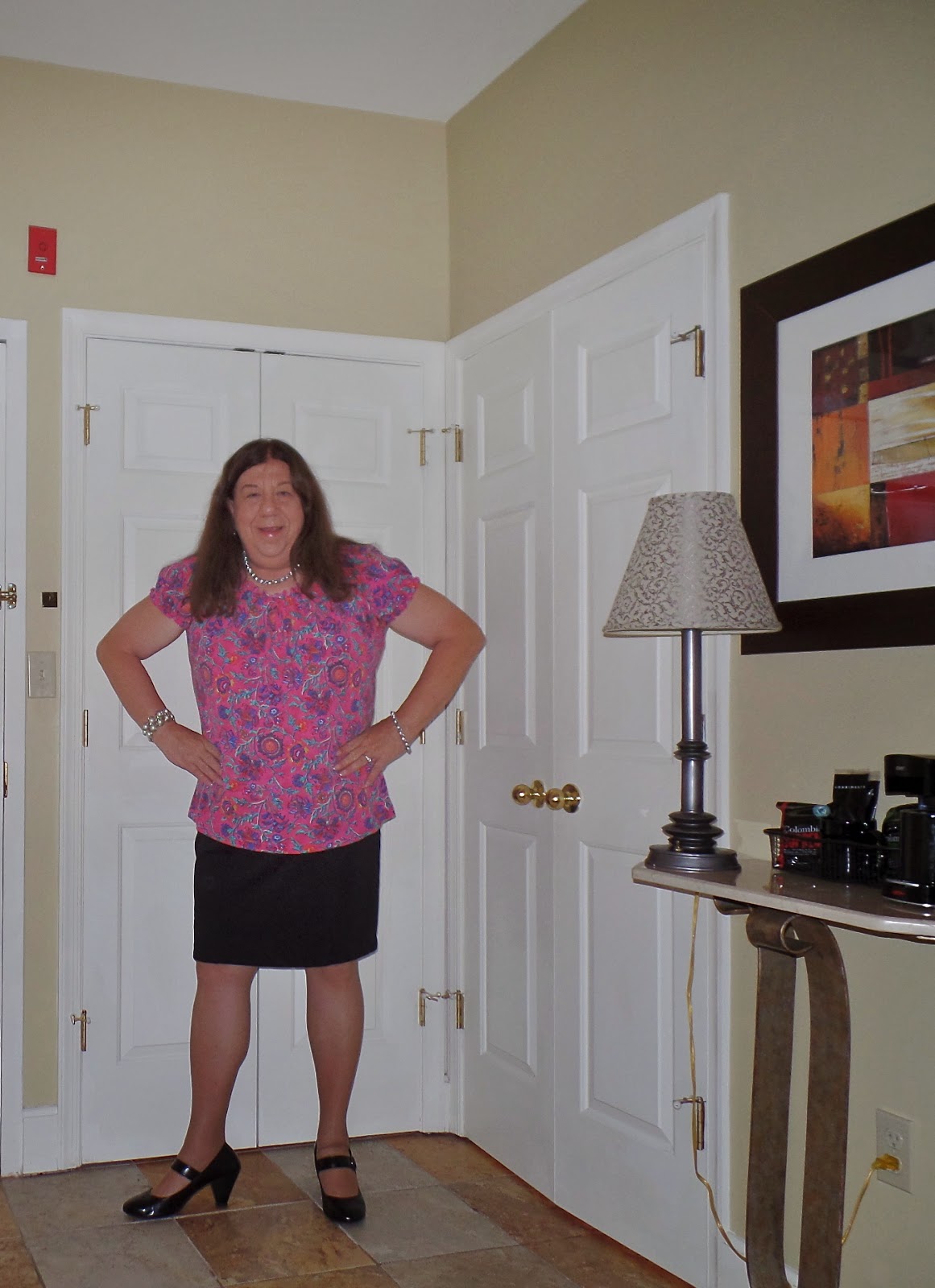 Lots more coming, as things are in constant change...hopefully all good.   Stay tuned!