Thursday was a good day...

I had an appointment for a pedicure, and planned to make the day out worthwhile, by also making a number of stops to pick up items for home improvement projects, get gas, stop at a thrift shop, and visit the mall to get a computer accessory.  My outfit was typical girl gear - a pair of pedal pushers, a short sleeve polo shirt, and girl sandals.

First visit of the day was the nail salon, and the time there was uneventful...I was the only customer, and the three female nail techs were happy to have someone to chat with.   Nothing  substantial, no feminine pronouns used (or needed), all general girl talk.  But, I was included in it all, as usual, just like any female would have been, and I always enjoy getting a pedicure.

In preparation for painting, my tech applied toe separators after she put my sandals back on, just before painting.  That way she knows I won't smudge my polish getting my shoes on, and the separators made removing my sandals impossible till after the polish is dry.

As for my nail color, initially they decided I should have hot pink toe nails.  But after applying that color on my first toe, the tech stopped, got up and grabbed the lightly-iridescent silver, with the girls' concurrance applied it to the other 9 toes, and unanimously decided they liked it better.  So, off came the hot pink from that first toe, and it joined the others in silver.  Then she put me at the drying table, right in front of the window, for about 15 minutes.  That was fun...every female going by looked in at me, and most smiled.  Perhaps envious?  Don't know...   Guys, however, weren't even slightly interested in girls getting their nails painted....

When she finally said it was OK to go, she reminded me that since I'm wearing a new brand of polish, I need to leave my toe separators in place for at least a couple of hours, to avoid smudging.  This was definitely something new, and meant that my feminine image would be enhanced for the day...only girls wander around shopping in pedal pushers and blouses, with freshly painted pretty toe nails, and sandals held on by her foam toe separators!

There was no problem at all at the thrift shop...I fit right in browsing the women's fashions.  Several girls looked down at my feet and smiled, and I even got "nice pedicure" out of one woman.  Managed to find a pretty blue floral blouse, that will eventually make a picture appearance (the battery was dead on my camera - sorry!)

Then it was off to the mall...25 miles from home, where I had the experience of the year! After seeing, and chatting with, one of the ladies from my neighborhood and her female friend (now they know I get my nails done but didn't comment on it), I was walking past a kiosk in the main aisleway (you know, the type of booths they stick everywhere, to generate additional revenue) the clerk (male - 20's) at one selling hand exfoliants looked briefly up as I approached.  He said "Hi, Ma'am" and handed me a small sample package.  As I passed, he apparently looked at me closer and I heard "Ma'am....Ma'am!"  I stopped, and glanced back to see him looking at my feet, so I turned around and went back, to see what he wanted.

Before I knew what was happening, he had re-claimed the packaged sample he gave me from my right hand, gently held the fingers of my left hand and put a small sample of what turned out to be sea salt crystals in my palm,  I guess I looked like I was going to spend some money, and didn't resist his advance. But he was very polite.

As I stood there, with the handful of crystals in my left hand, he introduced himself, shook my right hand (very lightly - and holding my fingers up, took a quick look at my french manicure), asked my first name (which I happily gave him, since my real first name is a girl's name) and asked if I was married or single (was it a pass at me?)   I told the truth - married, and he said "well, he's a lucky guy." "And your hair and nails?"  "The hair's my own, not a wig...my nails are acrylic."  He asked if he could touch my hair, which I permitted, and after gently fluffing the parts hanging down around both shoulders, he raved about how gorgeous both my hair and nails are...

Then he went into his demo and sales pitch.

Yes, I admit, his product seemed good, and my hands felt wonderful after he finished (don't ask me the product name, I didn't even pay attention to that...)  But to me, it was not worth the price.   He once again commented that my finger and toe nails were gorgeous, and tried to relate that this product will compliment pretty nails like mine at a cost less than X dollars per month.  I told him that he was an excellent salesman but that I didn't have that kind of money on a retiree's budget, and he accepted it...but the flattery made both my day and week, maybe the year, and was well worth the interruption in my visit!  I'm not sure whether his noticing the nail separators still on my toes actually caused him to want to give me the detailed trial instead of just a little prepackaged sample. I tend to think so, but either way, it was fun!

After I finished at the computer store (one of the guys there was very attentive to me), I went back out to the car and removed the toe separators since my two hours were up, before heading to the home improvement store.  There I had very little interaction with anyone, and no pronouns (either guy or girl) were used at checkout.  I guess I was just another girl out shopping...but in a male-centered type of store...

Then I headed home...but with a smile on my face!
Posted by Mandy Sherman at 3:41 PM No comments:

Another day, another "Ma'am" and Face-It Photos

It comes in cycles...

At an airport car show last weekend out-of-state, I found myself addressed as "Ma'am" when I got there, both at the gate where I drove in, and at the registration table.  Naturally, I was wearing my usual feminine capri outfit and sandals with light makeup, a bit less feminine than a skirt, but since I might have met people I know, leaving the skirt at home was a necessity. (Though I'd have preferred to be wearing one.)  And as the day went on, nobody seemed to pay me any mind...got the usual smiles and "hi's" from the women, and men basically ignored me. 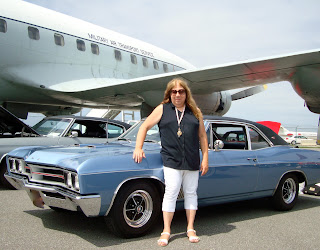 For those wondering about my car, here is a picture...of both me and the car...and the airplane I was parked by...

On the two occasions I had to use a restroom, I couldn't risk using the women's, since both men's and women's were a multi-stall type.  In addition, the heat had early-on caused my makeup to expire, and I didn't know about the restroom laws in that state.  So, the path of least resistance was to use the Men's room.  There was an exhibit near the rest rooms, so I just waited till the men had all left before going in.  So, there was nobody to challenge me, and thus no issue.

Unfortunately, that show seemed to be a "good old boys event" and there were very few newcomers - so, no trophy for my car.  But it was a fun show anyway!  Might even go back next summer...

Today, I had to visit the bank.  It was a new clerk, but she addressed me with feminine pronouns, and says she remembers me from "last time."  I don't think so, because it was my first visit to this branch.  But I went along with her...maybe she worked for the other branch?  But she gets high marks for addressing me in the gender which I was presenting!

I always enjoy sitting out front of the nursing home with my mother, both of us enjoying the time together outside, with everyone addressing us as "ladies."  She has never commented on it, so I'm not sure if that means she didn't hear them, or if she's OK with it.  But I always look girly when I visit, so she may be used to it.

In TxKimberly's blog, she mentioned that she had some creative picture work done by a lady at Face-It Photos and the work was good, at a reasonable cost.  She takes some pictures you provide, and inserts your likeness into various other pictures.  So I decided to give it a try and see how I look.  Below is some of Amy's handiwork... 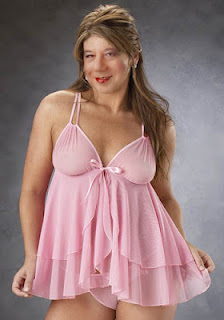 If I put my forms on, and had this cute little number to wear, this could be me "in its entirety".    The right weight, leg and arm size, perfect!   And just now realized I really like how I look in pink! 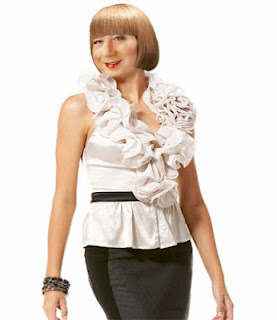 The above is a great picture...just wish that my waist and arms were that small!  The outfit is cute, and very feminine. 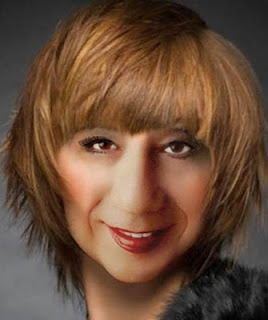 How could Amy have possibly known that I'm contemplating this as a possible future hair style??? 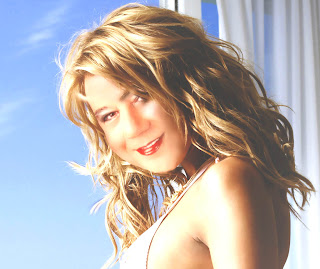 If I put on a feminine bathing suit, the above could be me...Amy definitely got my current hair style just perfect! 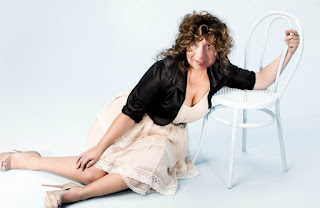 And this may end up being my future avatar...it's fabulous! I'd simply adore having that much cleavage to deal with every day, and must admit I never thought I'd look good with curly hair!  You never know until you try...

This was a fun experience...  If you're interested in her email address to make your own arrangements,  just email me!  I'm sure Amy at Face-It Photos would be glad to help you, too!

Posted by Mandy Sherman at 12:46 PM No comments: