In addition to my antique car having continuing issues, I've been embroiled in a couple of my own medical issues lately.  Between them, they've infringed on my ability and desire to dress.  But the end result seems to remain the same...

Late last week, I found myself stopping in at the local hospital, to pick up a piece of test equipment and get instructions on how to use it.  I was not, repeat NOT, consciously trying to appear feminine.  I wore my usual pants, shoes and purse, but no jewelry or makeup.  However, the check-in clerk obviously didn't agree with my assessment of "not feminine" and addressed me as "Ma'am" the whole time, even when in possession of my driver's license, which still has the "M" on it.  (Maybe she didn't notice that?)

When I eventually made my way upstairs to the department to pick it up, a guy came out to show me how to use it.  While he didn't officially "miss-identify" me (just omitted all gender references), he seemed to be talking to me in simple terms, as he would to a woman.  That's OK- no problem for me - easier to learn when it's in simple terms and repeated a couple times...

Then Saturday, my wife and I attended an antique car function to kick off the show season.  It was at held at a restaurant about an hour from home, and we were both addressed as "ladies" by the staff, for our entire visit.  Our server directed me to the ladies' room.  I passed on by and went to the men's, as I didn't think I looked all that girly, and didn't need an issue, particularly lots of women from the group - and my wife - there.

When time to pay the bill came around, our server thanked me by name and then asked "Oh, Ms. _________, did I pronounce that right?"  My reply: "Yes indeed, you did fine...thanks!"  Not sure if they just wanted to hear my voice to get a better idea of my gender, but I think that might be the case.  Doesn't matter why, though...it's nice to hear!

Mandy
Posted by Mandy Sherman at 3:55 AM 2 comments:

Nothing is permanent except change...

Around here things have been anything but dull, and there hasn't been much time to write anything, as you can tell from my lack of posts.

Still trying to get mother's leg squared away, so I try to be there with her every day when the girls reapply her bandage.  That pretty well shoots every morning.  And in addition, have been dealing with my own annual physical exam and a couple issues from that...

Concurrently with the above, my antique car's 39-year-old starter gave up the ghost, and the new choke I had the shop install last year has rusted out already, rendering it useless. (Hence helping burn out the starter, but that's a whole 'nother story.)  So now, in the midst of all the doctoring, that has to be dealt with, too...unfortunately at the local shop where they are as slow as molasses in January (well, it's almost as cold as it was in January...)   I may have to take it elsewhere for the choke issue, but had to have them replace the starter, so I could get it started to drive it, instead of paying for a 50-mile tow job.

Unfortunately, if that problem can't be resolved soon, the early April "Mandy weekend" is likely toast.  I can't very well take the car out of town overnight, if I can't depend on it to start the next morning.

In one of my prior posts I mentioned that the girls at the salon tried a couple of nail polishes to hide the white tips on my nails.  I never had a chance to wear those colors...but at my most recent fill, the tech said she was trying something new in response to my trashing one of them the day before, while cleaning the alloy wheels on my daily driver.

She "changed" them to what she called "women's active" length (almost a quarter inch shorter) and the white tips disappeared.  Then she used pink acrylic to completely cover each nail...hiding the free edge almost completely.  Her reasoning - like other women, I'll soon be doing things outside, and these are much more difficult to destroy.  Plus, they're still feminine...though much easier to use and type with! 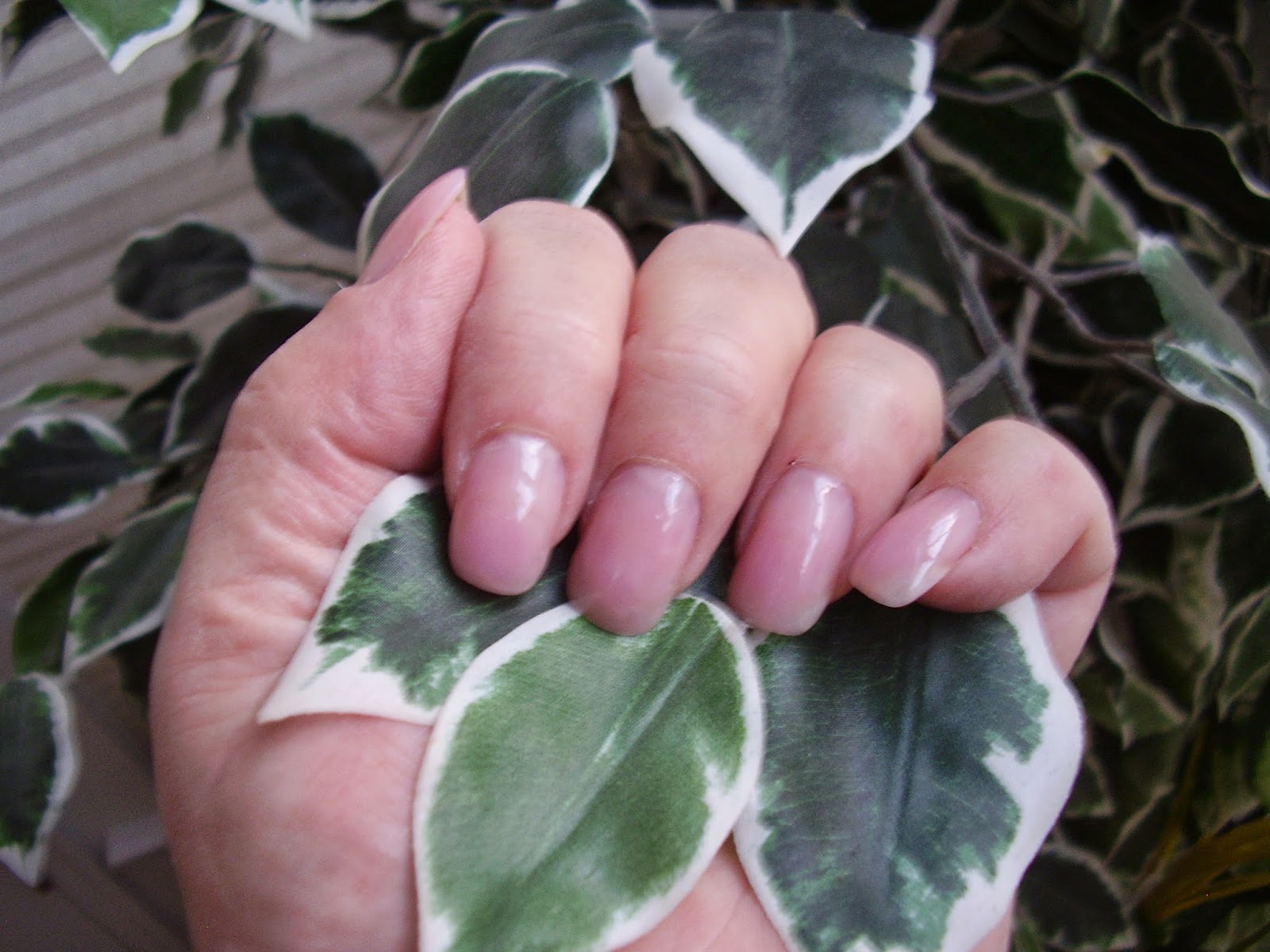 But they are very pink! 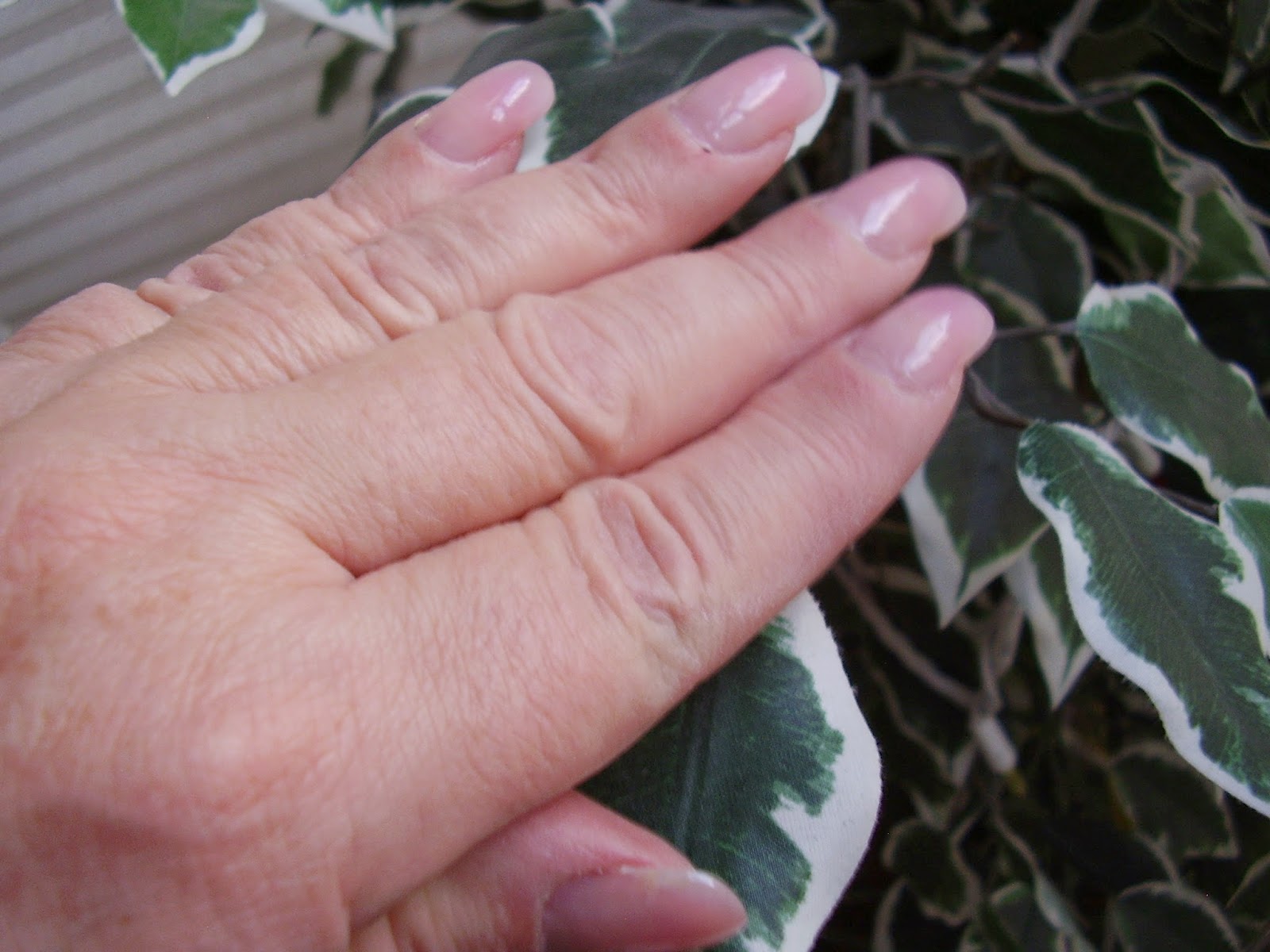 It actually turned out to be a good move...when I got home, my wife said that she liked how my nails look.  That's something I haven't heard in a long, LONG while.  (Though I don't know if she's realized exactly how pink they are yet.) She told me that she had been planning to have me get them cut next fill, because of our son's impending visit with his girlfriend.  So, that problem seems to have been solved, without an issue.

And the fun goes on.
Posted by Mandy Sherman at 5:39 PM 2 comments:

Recently, my mother (who is in a nursing home) needed some relatively minor surgery on her knee. This little matter has kept me busy...nursing home residents seem to fare better when a relative keeps close tabs on them. So I've spent more time than usual there, while she recovers.

At my nail appointment just before Mother's surgery, the tech made good on her promise to not reduce my nail length, since they're "finally over 1" overall, the best length for you.  Next time we'll just give them a quick trim to 1" and make sure they stay that length."  This time, though, she made the white part a bit bigger, which makes them much more noticeable.

Yes, I love the way they look, and don't mind the slight inconveniences they now present...   In order to use a credit card at the gas station,  I have to use a plastic glove to remove my credit card from the slot.  And the same thing for withdrawals at an ATM.  Plus, accurate typing is a challenge.  But these are all minor issues.  As Judy says..."Girls deal with it every day.  Having long, pretty nails makes it all worthwhile!"

Saturday, I visited Mom in the nursing home, and was showing her some pictures from one of my earlier vacations.  In the process, I intentionally put a picture of me that she hasn't seen before (from my transformation years ago) as my screen saver. 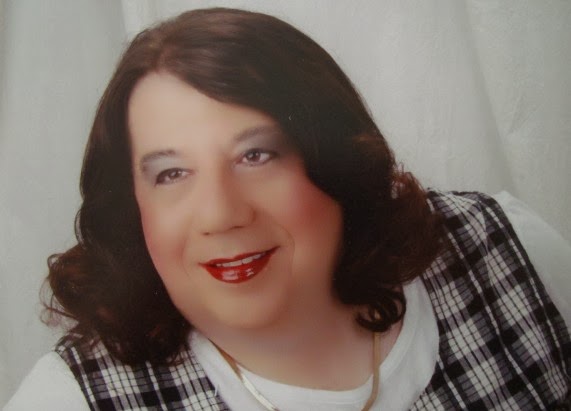 At first she thought it was a picture of her from her youth, then when I pointed out that it wasn't,  she realized that it was me.  She said "You certainly are a pretty girl."  "And so are you, Mom!"  That always puts a smile on her face.  We talked for a few minutes about what might have been my name had I been a girl...she said they were so confident about having a boy that they hadn't really contemplated a girl's name for me.  But she told me that I likely would have been named Jessica (Jessie for short), in honor of her close childhood girlfriend.   And she used to relate stories about running around with Jessie those many years ago...

Given Mom's current memory (or more appropriately, lack thereof), I don't worry about her talking about my dressing to anyone...   What she sees on my computer screen has already erased itself from her memory well before I've reached the front door of the nursing home.  But at least she's supportive of my girly side while I'm there...

Recently we found that our son will be coming home for a visit late in April.  And he's planning to bring his girlfriend home to meet us.  It should be interesting to see what changes my wife will want to see in my attire...our son says he's told his girlfriend that my hair's almost as long as hers.  Though I won't be wearing dresses around her - my wife already gave me one of her old jogging suits (from the days we both wore the same size) to wear around the house - hopefully he's also told her that my nails are much longer than hers and I have a non-traditional style of dressing.

If not, she's likely to find out!