Another fun visit to the nail salon...

After having a much needed pedicure, and enjoying the feminine experience, recently it was time to get my fingernails done.

I ended up in the care of the first tech who did my nails there.  She immediately addressed me as "Ma'am" and she remembered how I like them done.  But this time she took the lead, and insisted in giving me an extra coat of the pink gel.  I didn't object, as I have wanted have them a bit more noticeable for a while, thinking my wife would probably tolerate it.

The look was more noticeable as feminine, since at certain angles and in certain light, they appear almost a cream color.   Definitely less subdued, and yet not "over the top."  More like "womanly."  When I arrived home, I wondered if there would be any repercussions...and there weren't.  Looks like a "two coats of paint" is now the order of the day! 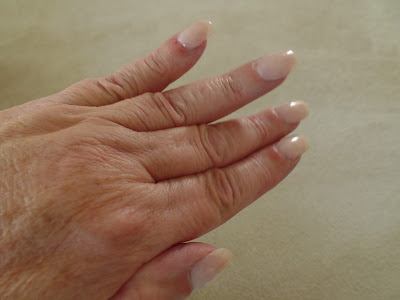 For anyone keeping track of unusual names for towns, here is one under the category of "Cities named for States."   A few years back, we were traveling home from an antique car tour, and came across a cute and well-maintained railroad station.  Though it's tough to see on this picture, the sign on the front of the station reads "California."  But that isn't the state, it's the town.  Yes, Virginia, there really is a California, PA!

And incidentally, there is also a California, MD (though I haven't visited yet.) 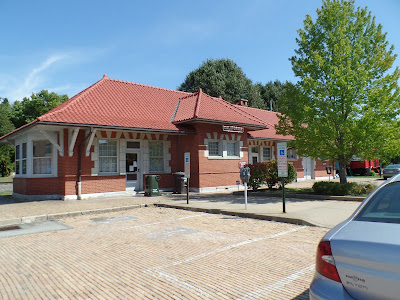 On a recent visit to upstate NY, I passed by (but didn't get a picture of) a town named for one of our warmer southern states....everyone knows Florida.  But until that trip, I never realized there was a place called "Florida, New York."   I doubt it's as warm as the southern Florida during New York's long, cold winters...or that it has many live outdoor palm trees.

Mandy
Posted by Mandy Sherman at 2:54 AM