Heading south (to the wedding)


Along US Route 11 South at Fort Defiance (Virginia) is the defunct Augusta Military Academy, on a beautiful large campus, with an active museum and at least one company in some of the abandoned buildings.  The academy "called it a day" in 1984 but still maintains alumni functions.  Below is a picture of the dormitory building.  Magnificent facades with beautiful architecture, but with a bit of a melancholy tone, given that the main one is disused...many broken windows...no way to tell what it looks like inside. 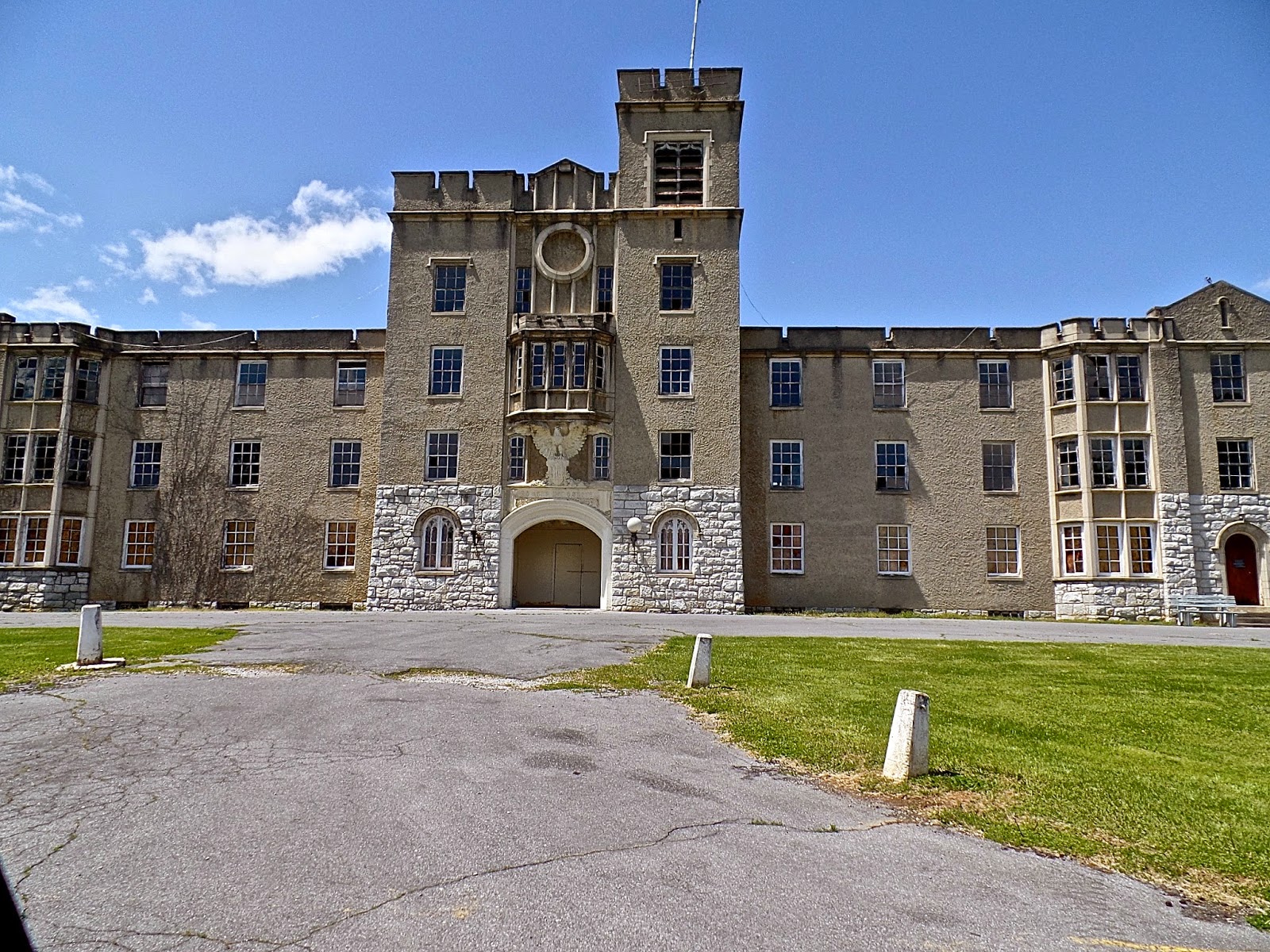 There were no "miss-identifications" enroute at hotels or restaurants.   Servers universally omitted any forms of address, and referred to us as "folks" or "guys" - which was no problem.  Not sure what they were thinking - but that's no real issue.

When we were getting ready for bed at our son's place, I realized that I had left my nightgown at the motel on the way.  Since it was gone, I told my wife that we needed to get another, and slept in a pair of shorts with tank top.  We went to a nearby K Mart, and though she commented that she wasn't comfortable buying her husband a dress, seeing him wearing it, and that she wasn't satisfied with the styles there, she did it so I'd have something to wear to cover my bod...   More on this later.
The next day, enroute from our son's place to the hotel near the wedding venue (our home for the next 4 nights) I detoured for a stop at the Beechcraft Heritage Museum, in Tullahoma, TN.   It's a fabulous museum containing some old (and also more modern) Beechcraft flying machines. 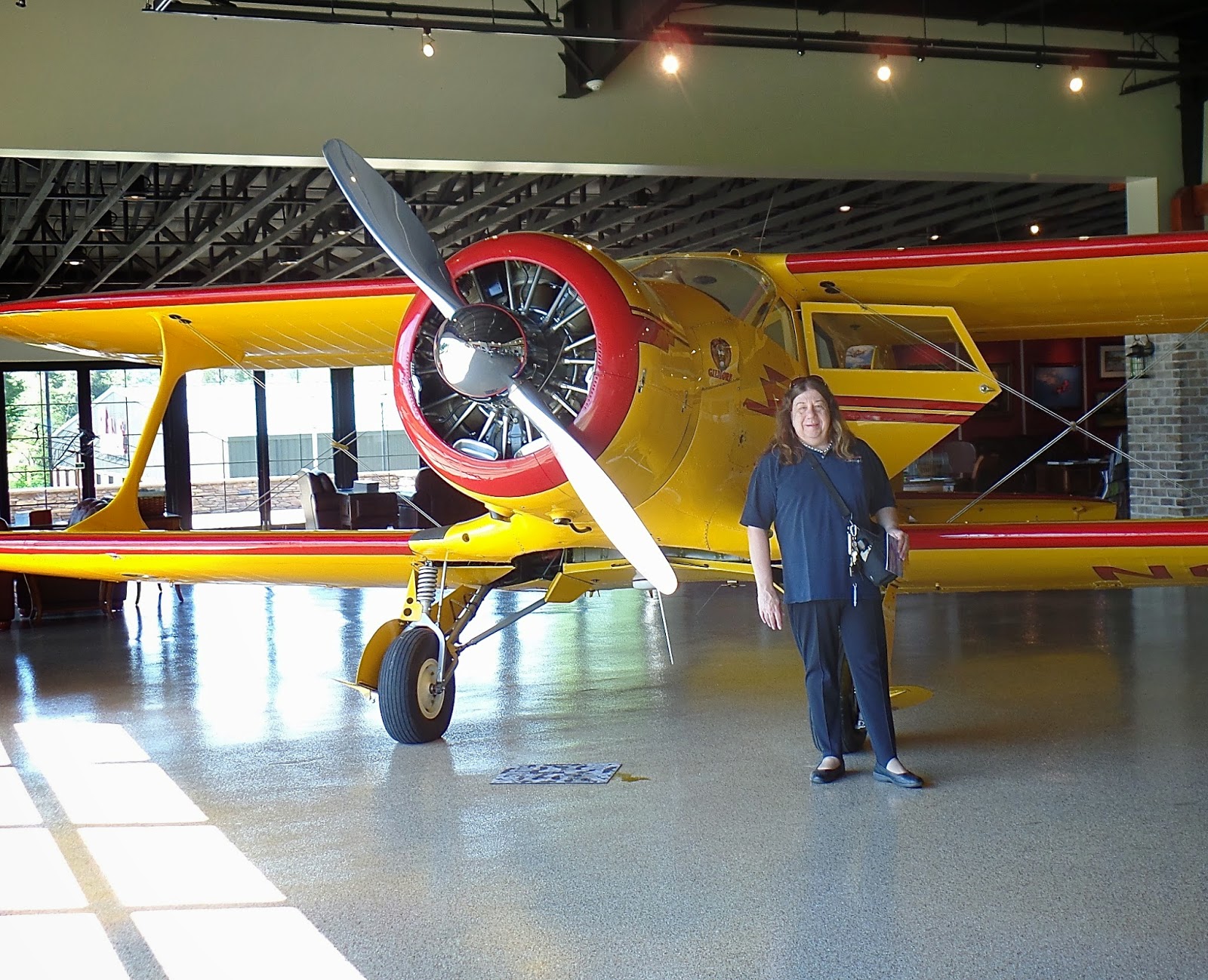 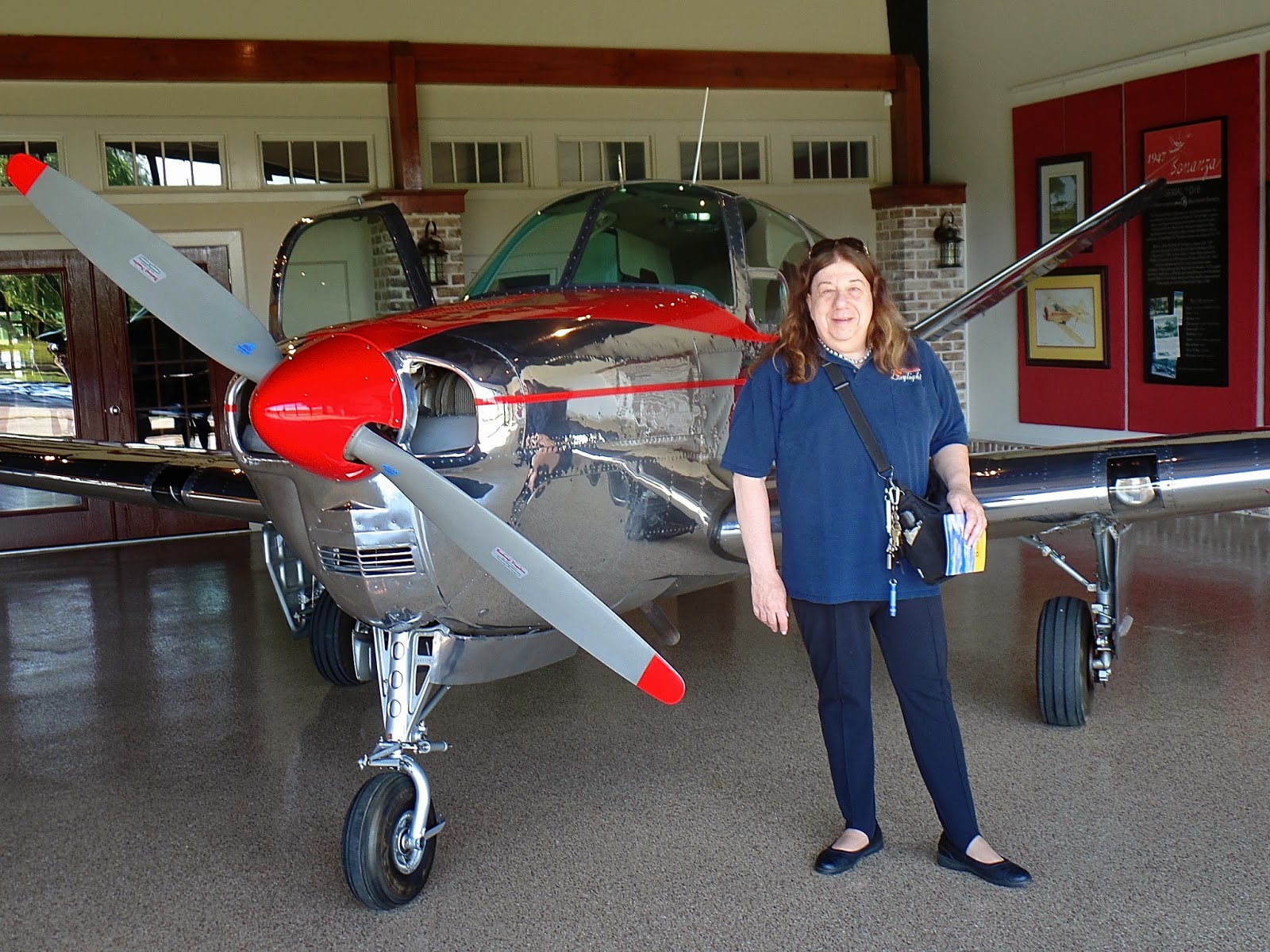 Now for something more modern - a Beech Model 35 Bonanza with V-tail (called a "ruddervator" - combinded rudder and elevator.  The model tended to have unexplained crashes, and production (begun 1947( finally ceased in 1982.

My favorite, however, was the following Beechcraft Staggerwing, presented naked, without its fabric "skin" and showing off all its "bones and innards."  A truly fascinating presentation... 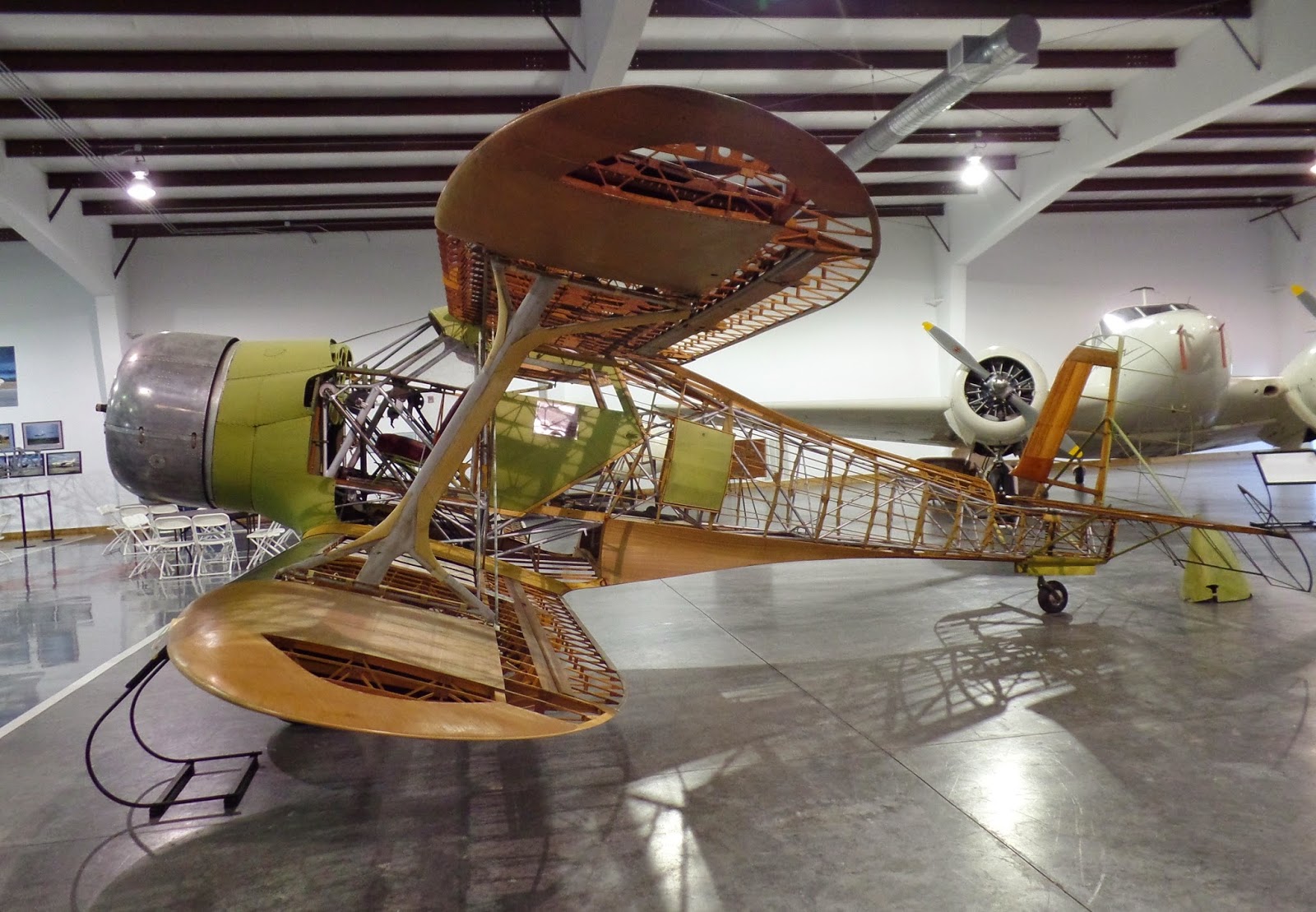 This visit was "alone" - my wife had no interest. And that's a good thing...from arrival to departure, I was addressed as "Ma'am" by the lady attendant on duty.  My wife would not have been at all happy.  As she was waiting in the car, with a cooler full of chocolate favors for our son's wedding, I hurried through my visit, vowing to  return another time when I didn't need to rush.

When we were waiting at the hotel the second night, my wife noticed (and commented about) my nails, which had been shortened at her request during my last fill.  "Why did they make your nails so shiny?"  I explained that I have food oils on my hands from eating a hamburger, but that my nails done the same as they have been for months, if not years.  Nothing is different. And "yes, they are shiny but it can't be removed.  Bright side is: at least they're short, just like you requested." She wasn't at all happy, and expressed it...but she gave up on that battle (perhaps for now?)  And I heard no more...

Posted by Mandy Sherman at 5:10 PM