Finally I was aboard Amtrak’s California Zephyr… bound for my destination - Reno, Nevada.  It departed from Chicago “on time,”  with about 14 folks I  know well, most riding aboard the same sleeping car.  I enjoyed seeing them again, since last year I was not able to attend this meeting.

For a while, the group gathered in the “sightseer lounge” car (think traditional full-length dome car, though it isn’t quite like one of those.)  That gave a good vantage point for looking up, and also due to its position in the train right behind the baggage car, a view to the front as well.  That's quite unusual in today's passenger train world.

From Denver to Winter Park, the views were spectacular and ever-changing, from sun to clouds, lack of snow to snow cover,  blowing snow to falling snow, and wind to calm.  As we climbed the grade to the continental divide,  snow levels increased, though not to the amounts desired by residents of water-starved states to the west.     And we passed through the “tunnel district” which has 28 short tunnels shoehorned into 30 minutes of time!

At the summit lies Moffat Tunnel, approximate maximum track elevation 9239 feet above sea level.  It’s over 6.2 miles long and takes about 10 -12 minutes to traverse the distance.  The shot below would not have been possible with other positions of the dome car in the train.

The following picture is of the east portal of the Moffat Tunnel, in the snow. 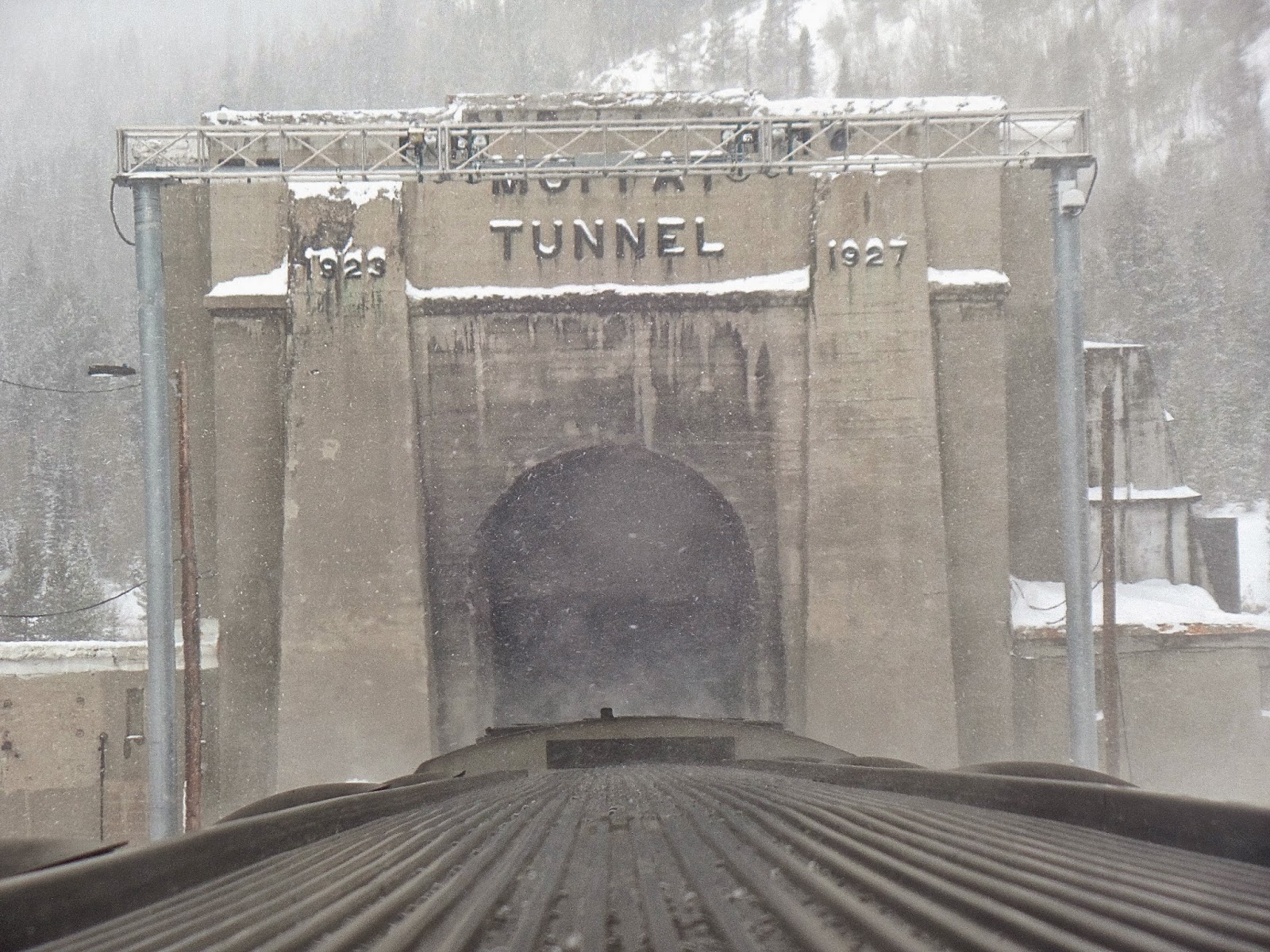 Next are some pictures of sights seen enroute west on my excursion.  Here is Glenwood Canyon, in Colorado. 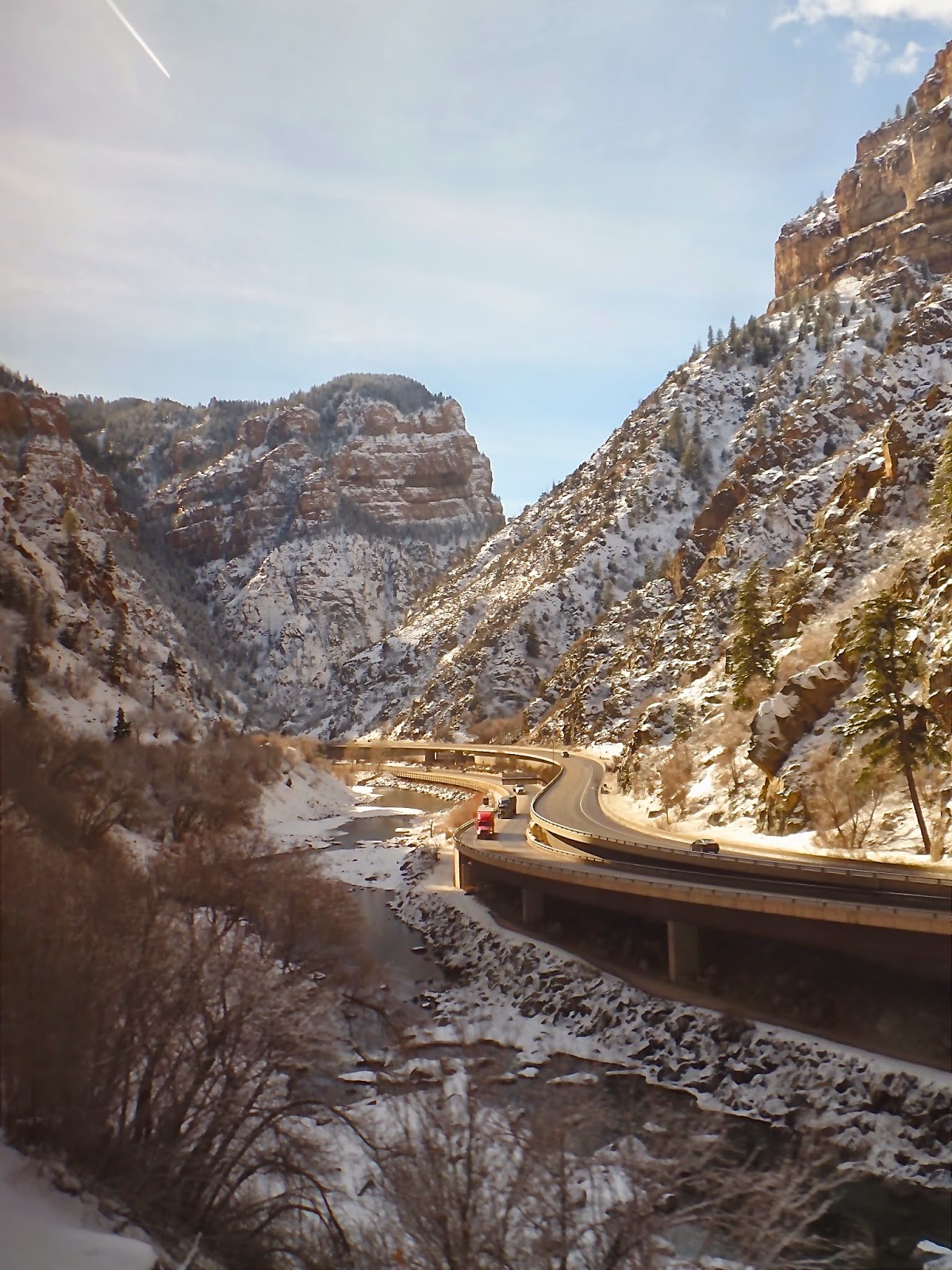 And one of the train at the Glenwood Springs (Colorado) station.   This is a lovely resort town I'd really enjoy visiting someday... 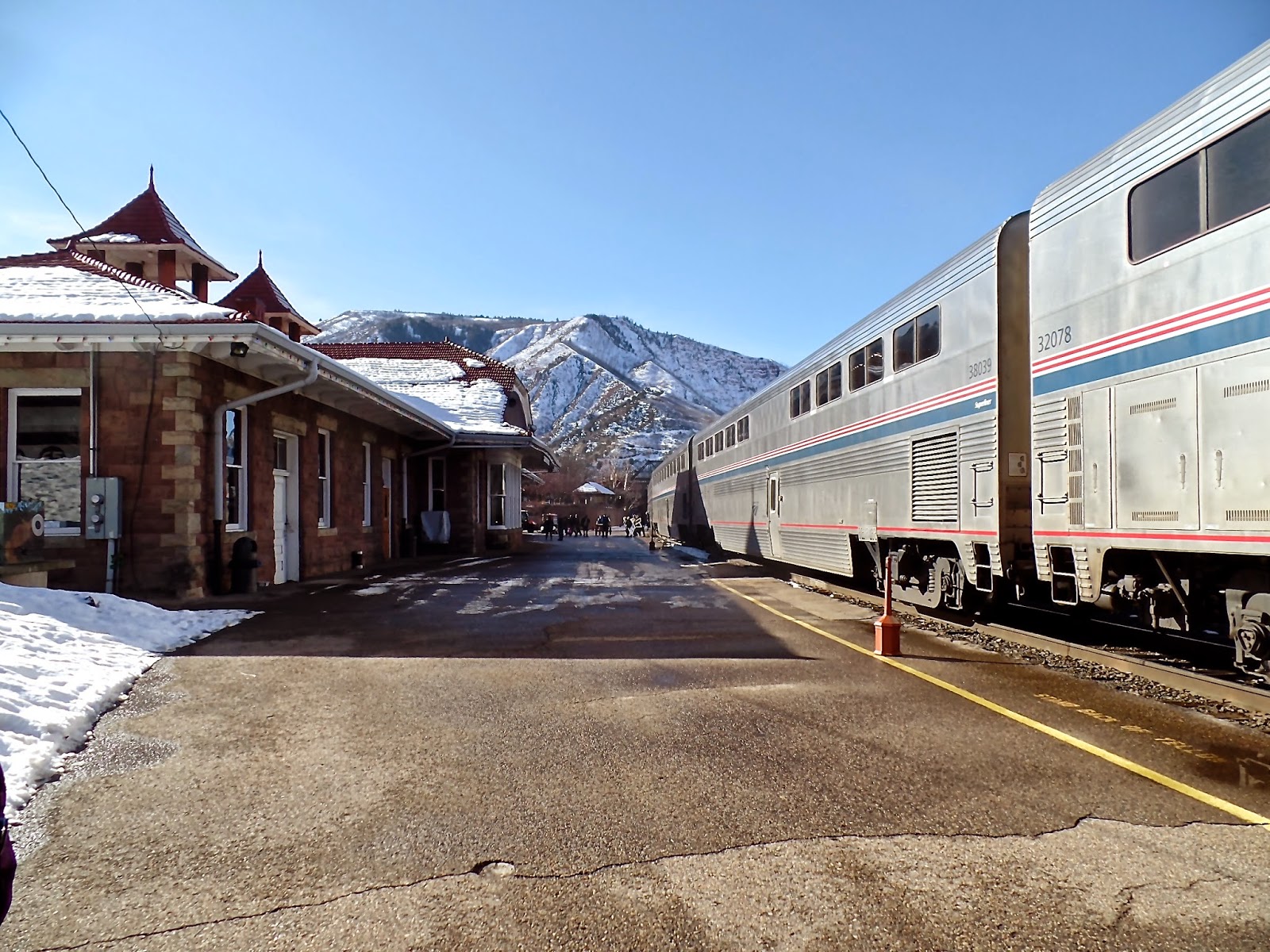 Next is the arid high desert at sunrise.  The light on a clear day at sunrise is always so warm and photogenic: 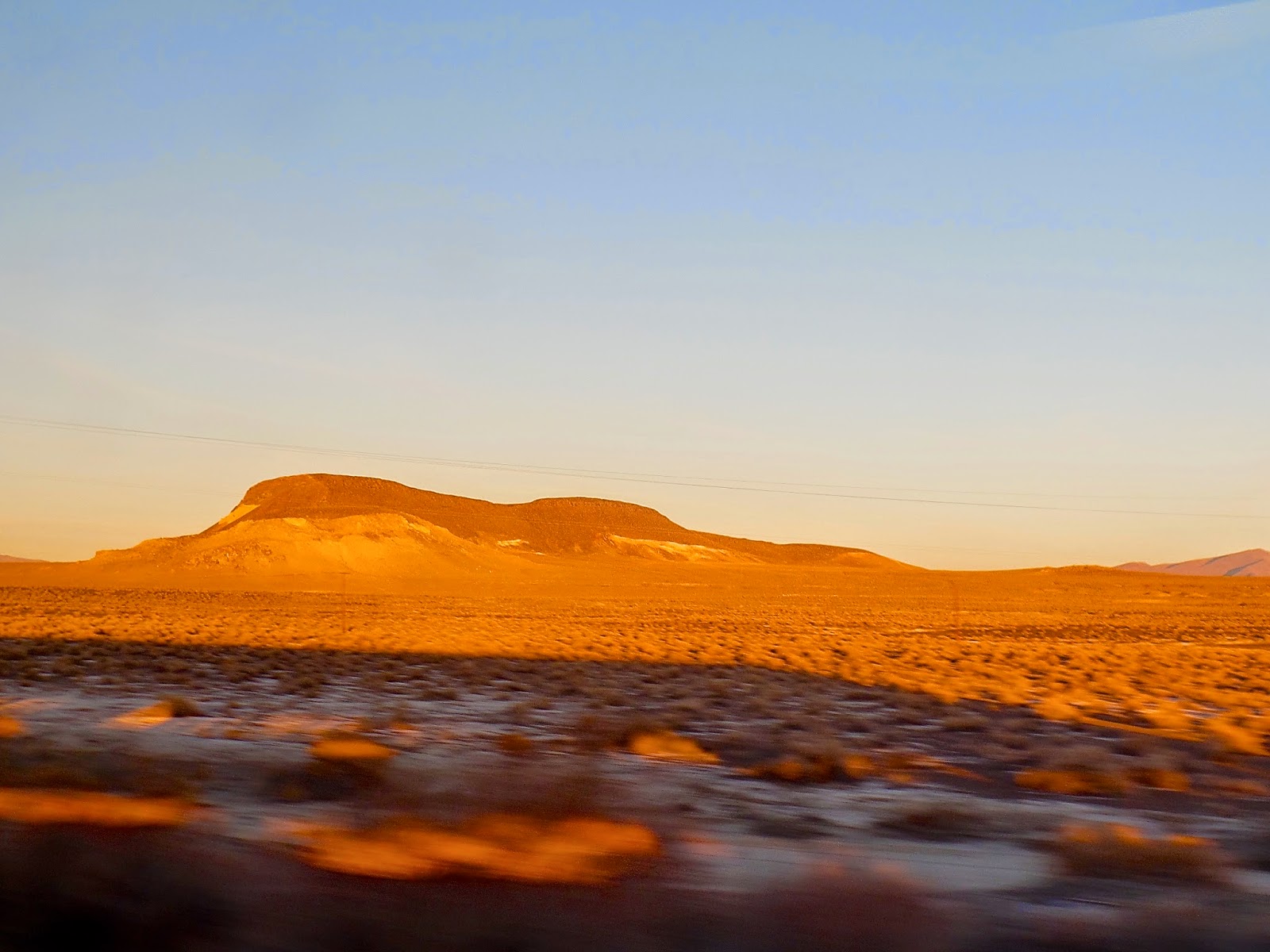 And finally...we arrived at our destination:  "Reno – the biggest little city in the World." 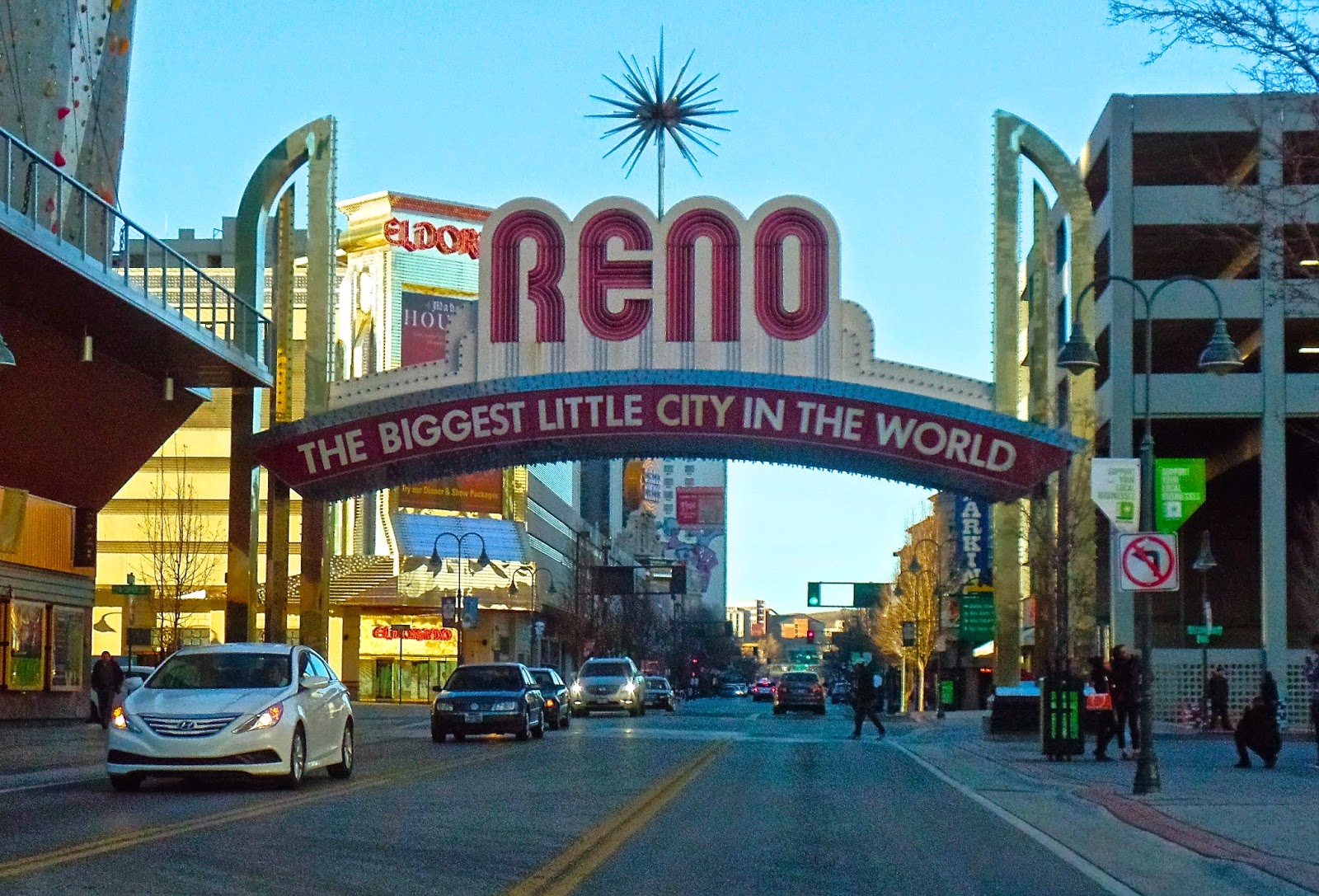 There were even a few holiday lights near the casinos… 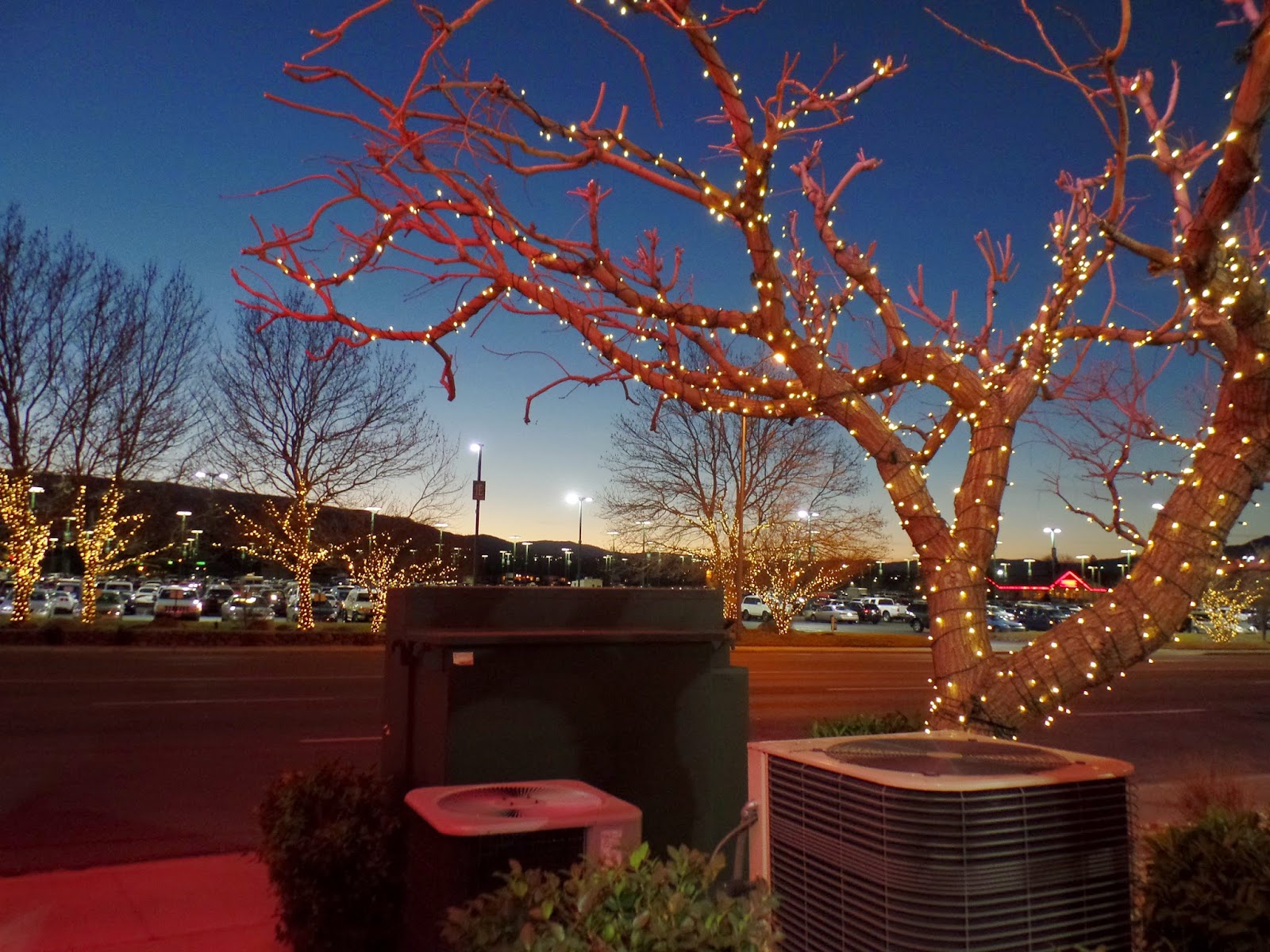 And, before you ask...I didn't lose any money there.  If you don't play at the casino, you can't win.  But you can't lose, either!

Posted by Mandy Sherman at 3:17 AM