Every journey begins with but a single step...

...and unfortunately this journey (which was originally destined to be an 18-day venture across the country by train, in connection with a convention) has morphed into an out-and-back visit to the west coast, for only the convention.  And extensive time built into it for Mandy evaporated as well.


Such is life...and the perils of caring for an elderly parent.

Unfortunately, time issues during the trip have prevented me from writing and posting these blogs in a timely manner...I do apologize.   And since I'm just beginning to write, additional chapters will be a bit slow in coming...

Checking into the motel near BWI airport (with a female clerk), I was seen as a woman, and only female forms of address were used...I was in androgynous mode but with makeup, lipstick and jewelry.

Mandy took the opportunity to make a brief appearance in Baltimore the night before catching my "early morning train."  Here are a couple of pictures taken at the former Baltimore and Annapolis railroad passenger station in Linthicum, MD.  While the tracks are still used (and in good condition)  as part of the light rail system in Baltimore, they carry no freight trains, and this station has reverted to private use.  (New light rail stations have been built nearby, as parking is almost non-existent here.) 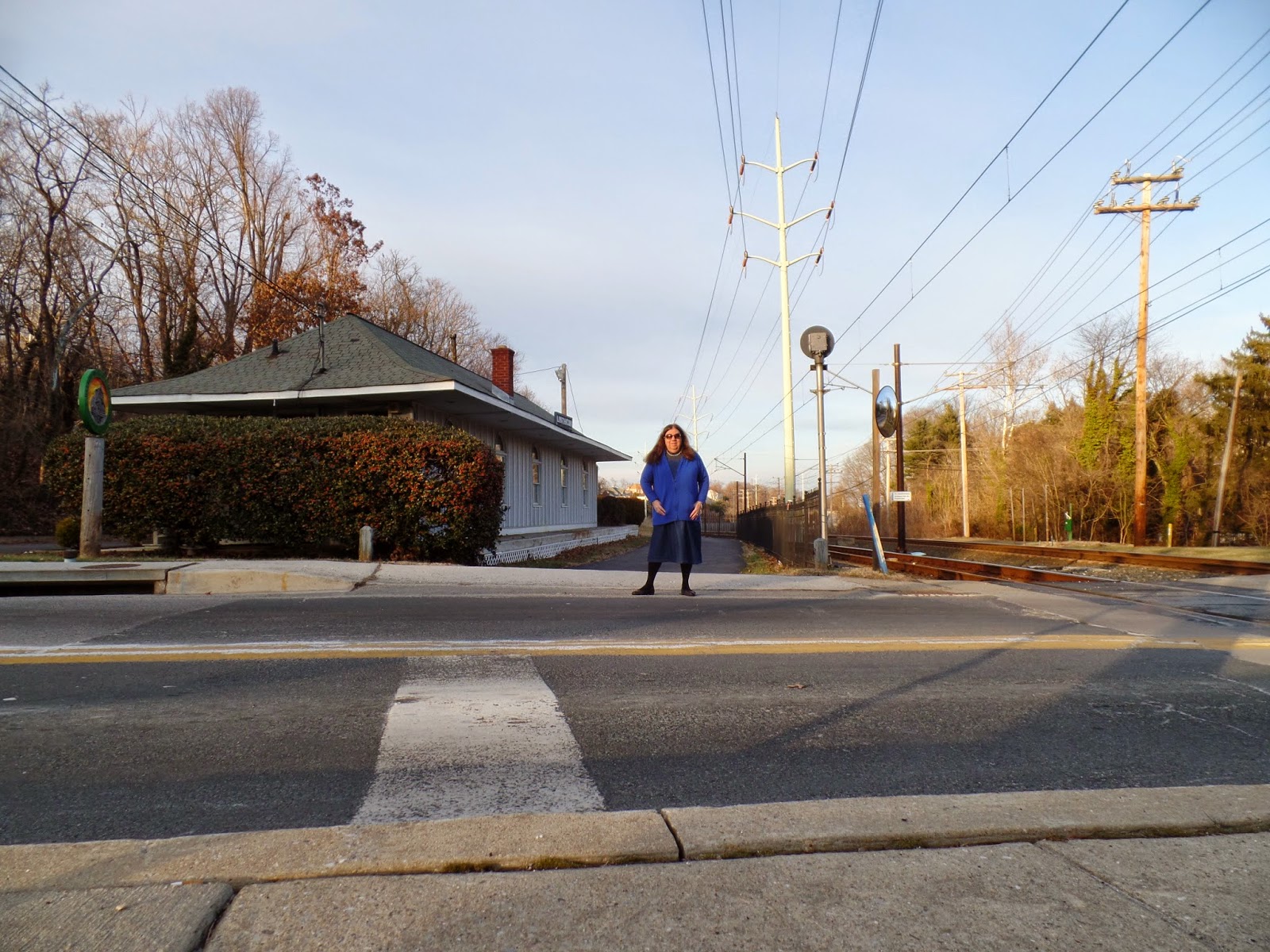 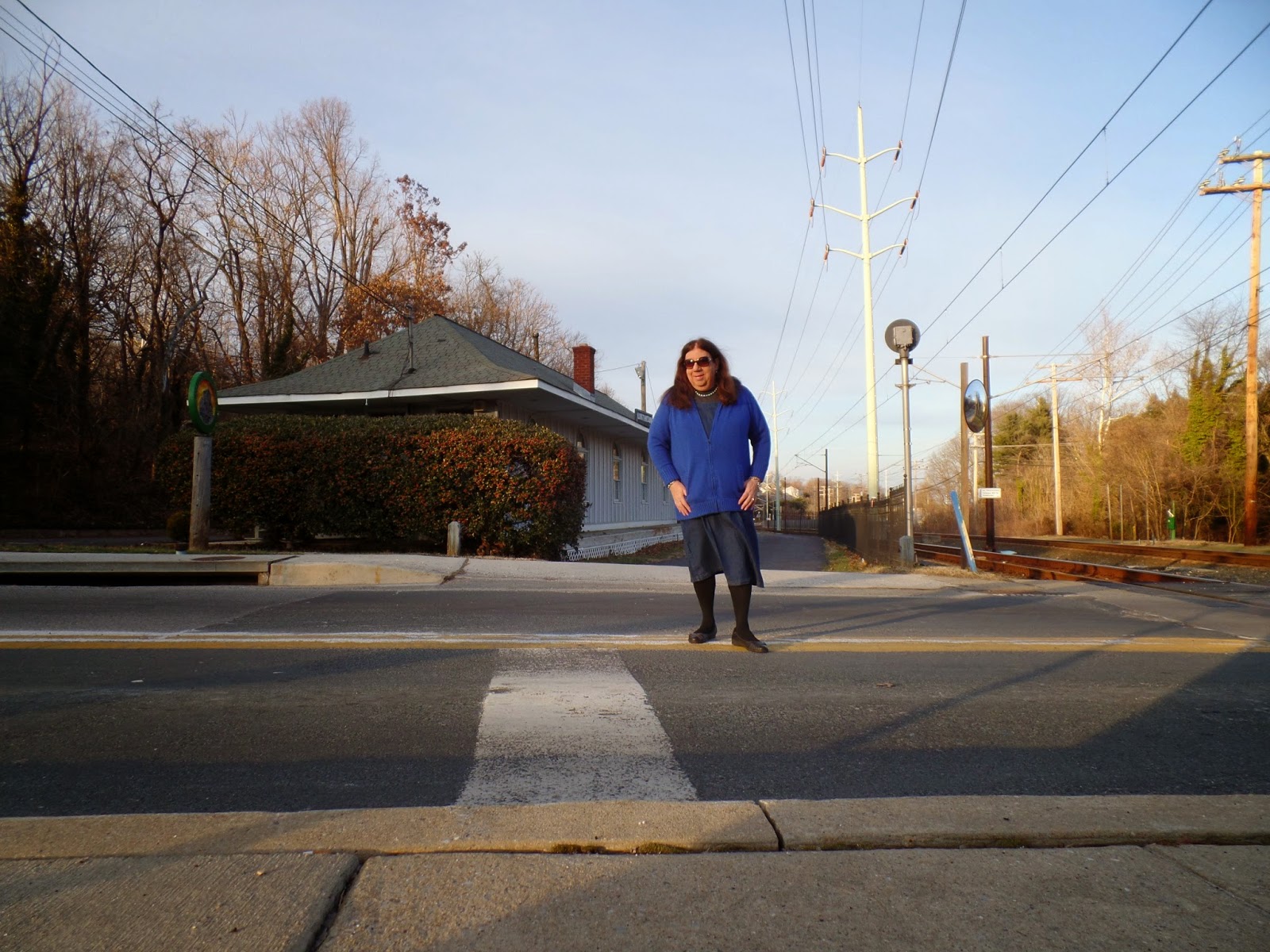 I was obviously standing on a public street, and had to manipulate the self timer on my camera to be able to take them.  That required a clear road for at least 20 or 30 seconds, and meant I had to wait by the side of the road till traffic waned for each picture.  Several truck drivers honked and waved at me...I'll take that as a compliment.

Needless to say, with the beautiful weather, Mandy wanted to visit a restaurant with a fabulous view of the Inner Harbor.  That restaurant is the Rusty Scupper, and as you can see, sunset adds an extra touch to the skyline.  It's something "not to be missed."  If you're ever in Baltimore, be sure to try it.  The food is generally expensive, and only "average" in quality, but the first-class view obviously compensates for it!  (And yes, you CAN eat a sandwich there for about $25 per person including a soft drink and tip.)

Staff at the restaurant used feminine forms of address for me, and a different server delivered my meal (perhaps in response to questions back in the kitchen about my gender?)  But, those doubts apparently ended when I paid the bill with my credit card showing my "now feminine" first name...they used the appropriate forms of address as I left! 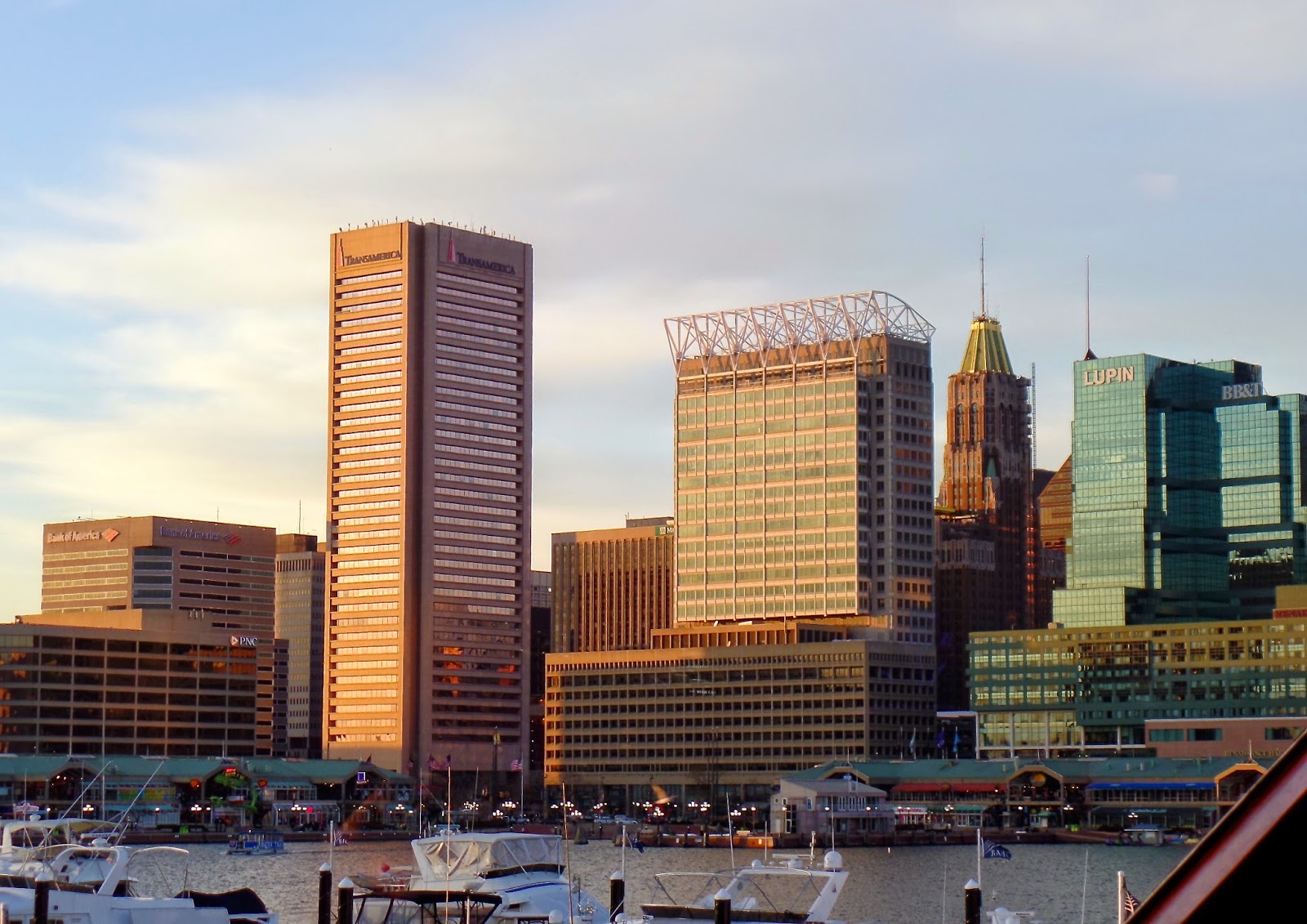 The view from my table...and similar views from every window in the joint.  It truly is spectacular. 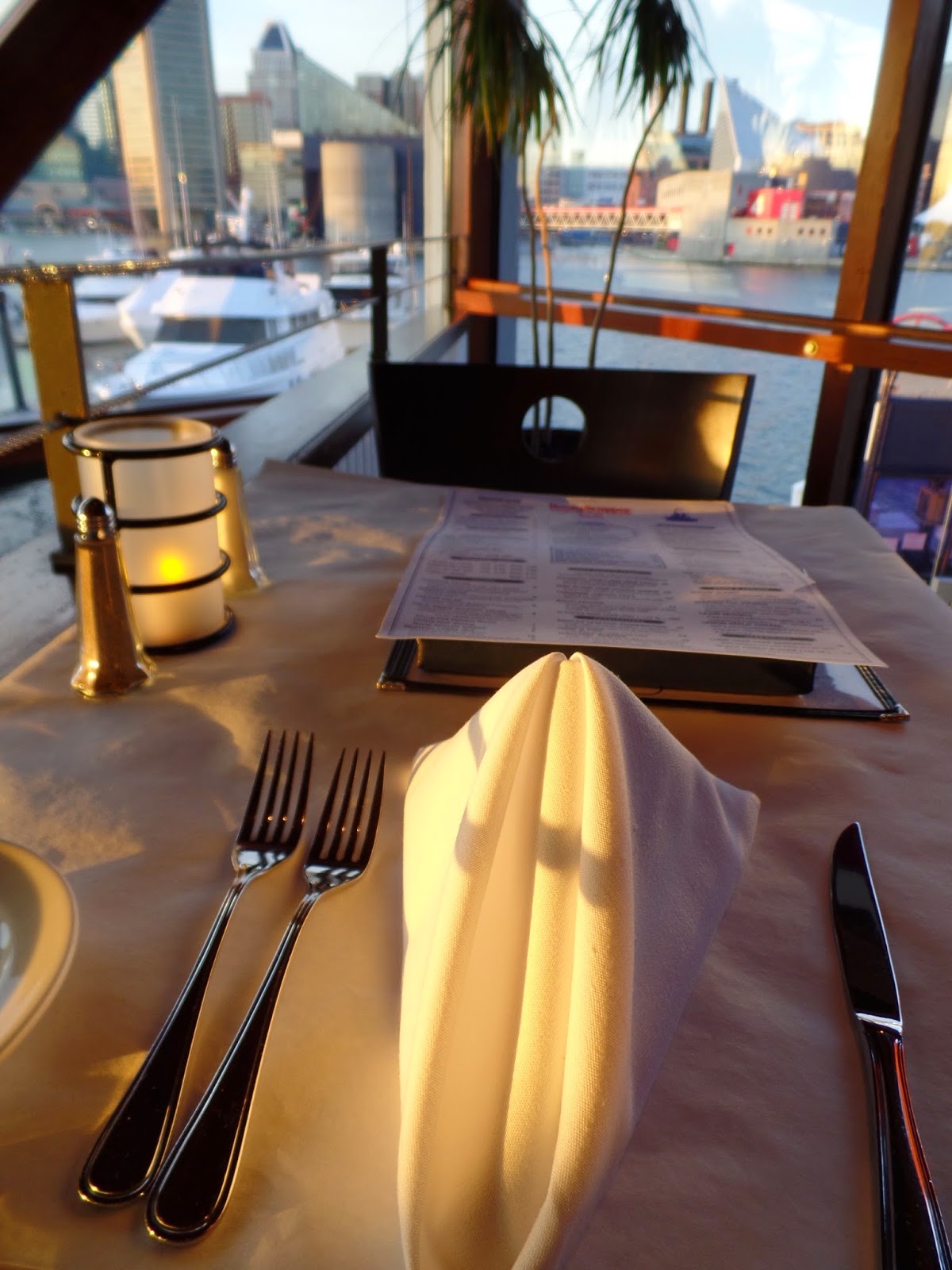 The next morning, I caught an early train for DC to begin my trip.  The Conductor didn't use any form of address when I got on.  He may have been confused between the manifest (Mr.) and my appearance (Ms.) and decided to take the safe route.  I rolled my bags on board from a high-level platform, with no problem.  When the train arrived at Union Station in DC, there was a low-level platform and I was going to have to take my bags down the railcar steps, one at a time.  Notice that I said "was."   A nice young man on the train offered to help me with one of my bags, and I appreciated that offer...he was wonderful.  "Thank you so much, sir!"  And he replied "You're welcome, Ma'am, any time!"

So I was only dealing with one bag now...   But, the Conductor had deboarded already, and he said "Let me help you, Miss" and took the bag out of my hand as I started down the steps...   What a treat - to be able to walk off the train unencumbered!   I never argue the assistance!  (And was pleasantly surprised to hear "Miss!)

Posted by Mandy Sherman at 6:13 PM