While waiting for the tech's report on my model locomotive, I managed to snap a couple pictures of my pedicure.  As promised, here are the pictures.  The color doesn't stand out very well, but they are noticeably pink.  This is a nice color for the summer, as well... 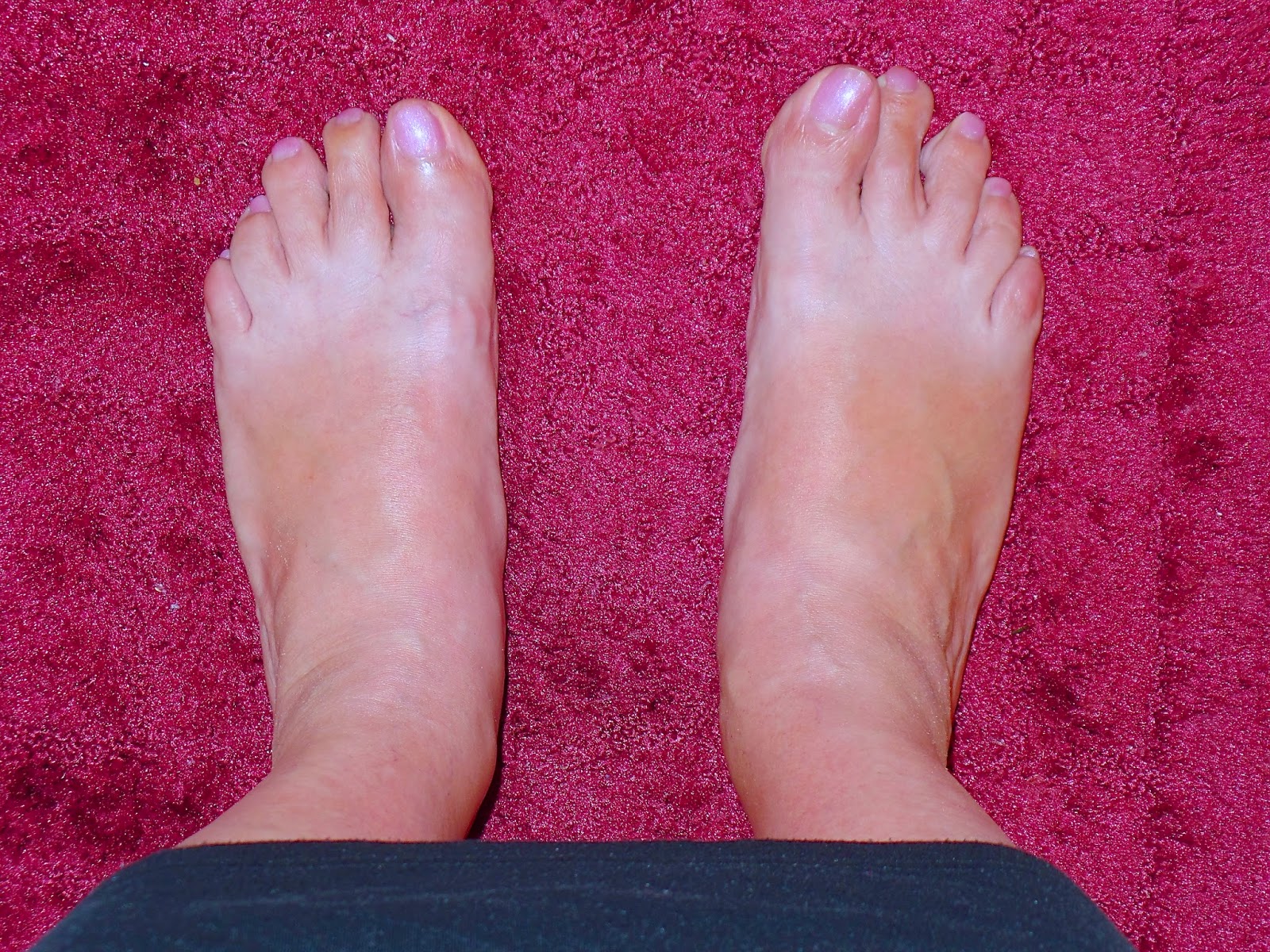 Visible in this picture is the black house dress I was wearing... 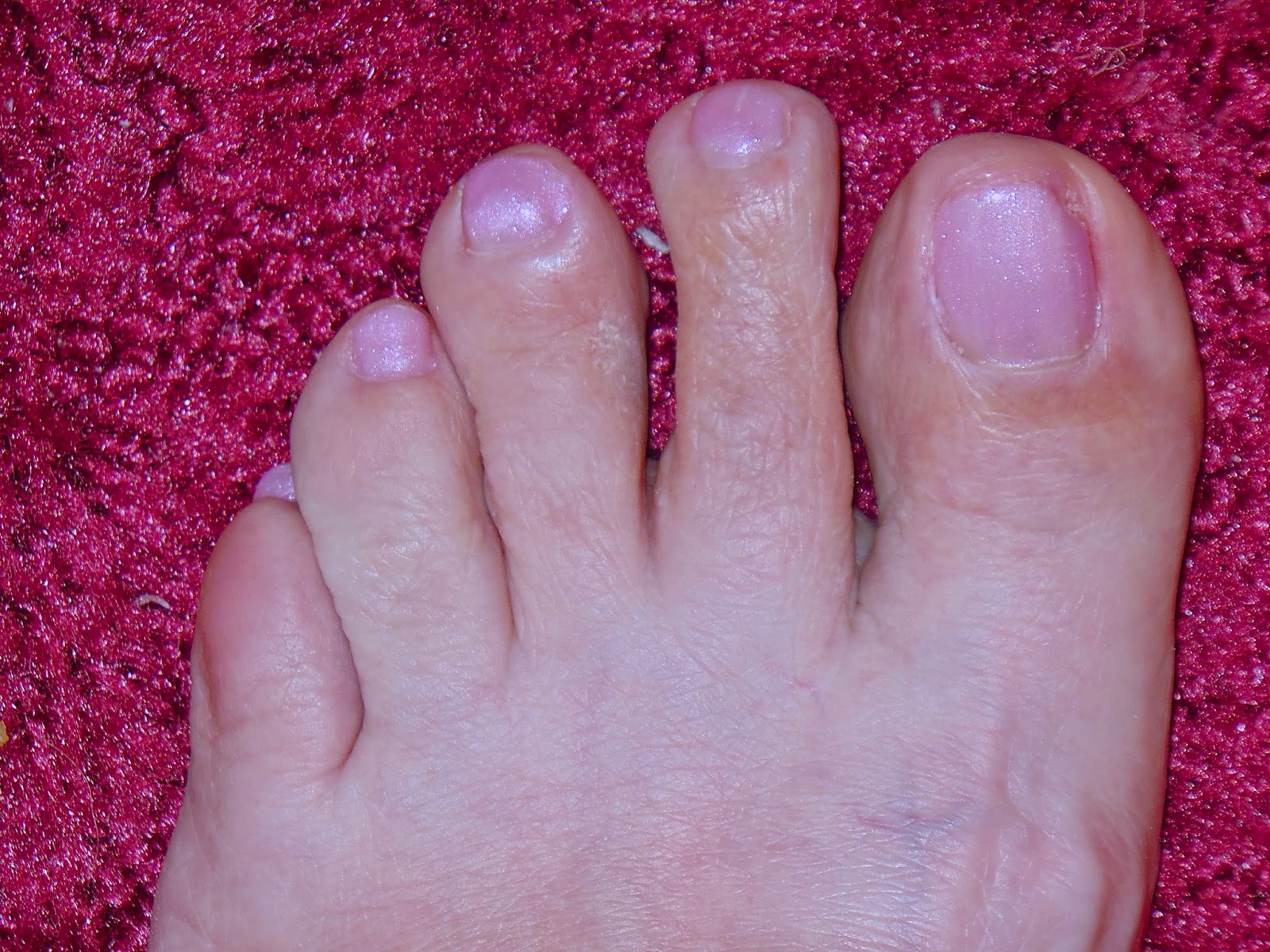 Here the pink shows up a bit better...

Last evening, I got a call from the tech.  He had trouble getting the diesel with the power mechanism apart.  But once he did, he found the battery - yes, these expensive diesels have batteries inside - was dead.  (I had the same problem with the carbody, and that's why I hadn't already changed the battery.)
There is an adapter kit to install a capacitor instead, and eliminate the need to replace the battery every 4 to 6 years.   It only adds $10 to the repair bill...a no-brainer.   And he will check to see if the hobby shop has the needed parts in stock to supply me with a new digital system, since repair work on the existing system is only warranted for 30 days, vs 1 year for new.  Thus, replacing it is a no-brainer as well.

And at last, "the pot finally boiled."

As you may know, the eastern US has been in the snow-freeze mode the past few days.  Not a lot of accumulation (under an inch) but lots of cold.  My train set was to be finished and delivered back to the shop on Monday or Tuesday.  Well, the weather fixed that.  It was delivered today (Thursday.)  Right now plans are to go pick it up tomorrow, and also the digital parts needed to restore service.   But those won't be able to be installed until after I get back from my little "girlcation" later this month.

Friday I was able to go pick up the repaired engine, and replacement digital parts that will (eventually) let trains run again.  But that's a project for next month.  This month is already fully "occupied" by my upcoming trip.   And this time, the tech was not there, there was no line of customers, and there was no "your husband" issue.  I was simply "Ma'am."  That's easy to handle!

On the way to Baltimore, I passed by the construction site I've photographed many times before, for the new gas station and convenience store.   Demolition is now complete, and they are moving forward to completely clear the rubble.  Attached is a picture of Friday's status.  Adios Holly's! 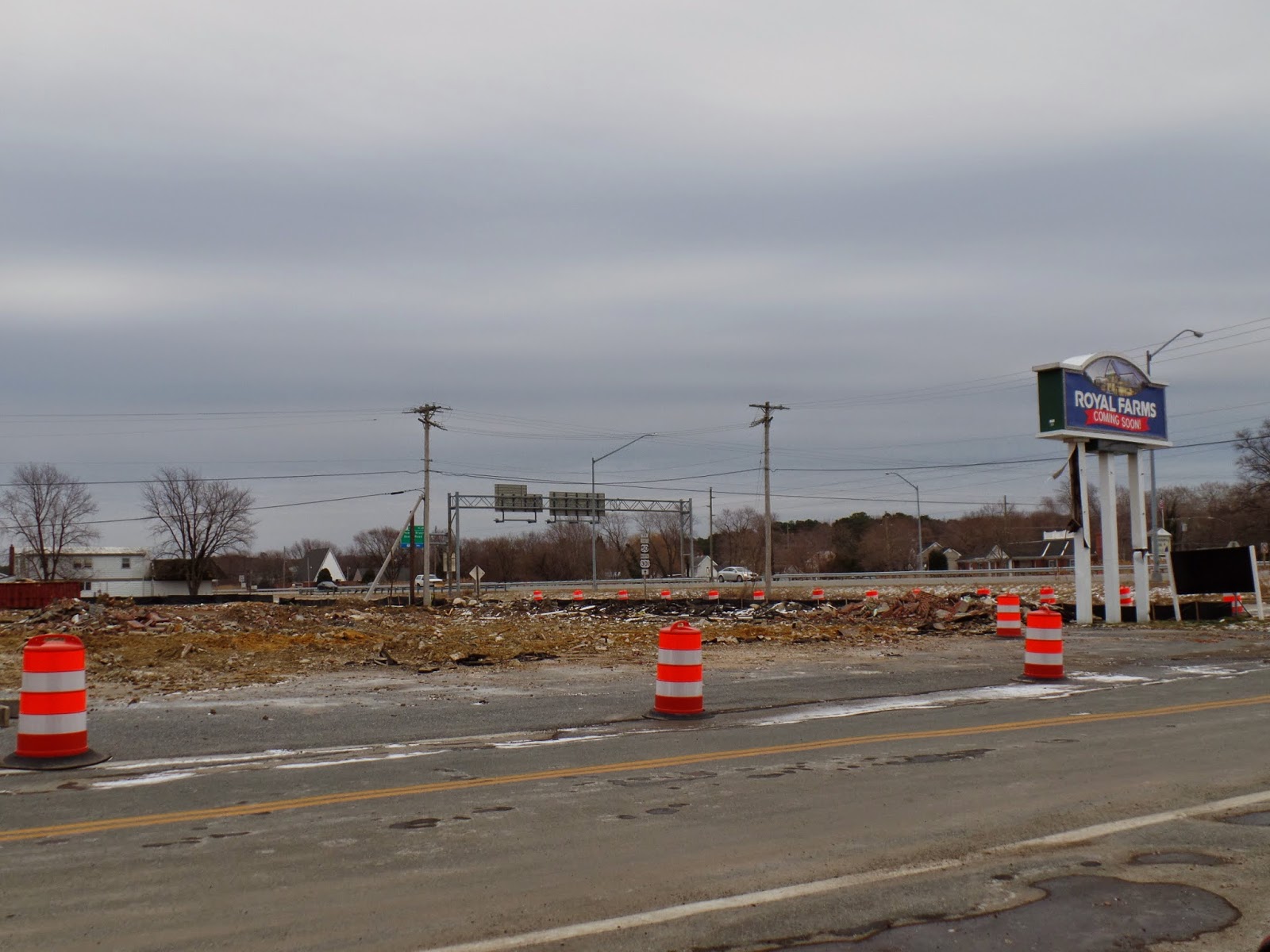 Till next time, be safe!

Posted by Mandy Sherman at 4:10 PM