First leg of the journey west...

Since I was a sleeping car passenger, I was able to use Amtrak's Club Acela to wait for my train.  There one can have a soft drink or snack, on Amtrak.   It makes for a more pleasant experience than sitting with coach passengers out in the regular waiting area.

As I walked through Union Station, I noted a serious lack of folks doing window shopping…though at the early hour of the morning, that’s all one could do.  Stores weren’t open…and unless you are there early, as I was, it’s a sight not often seen! 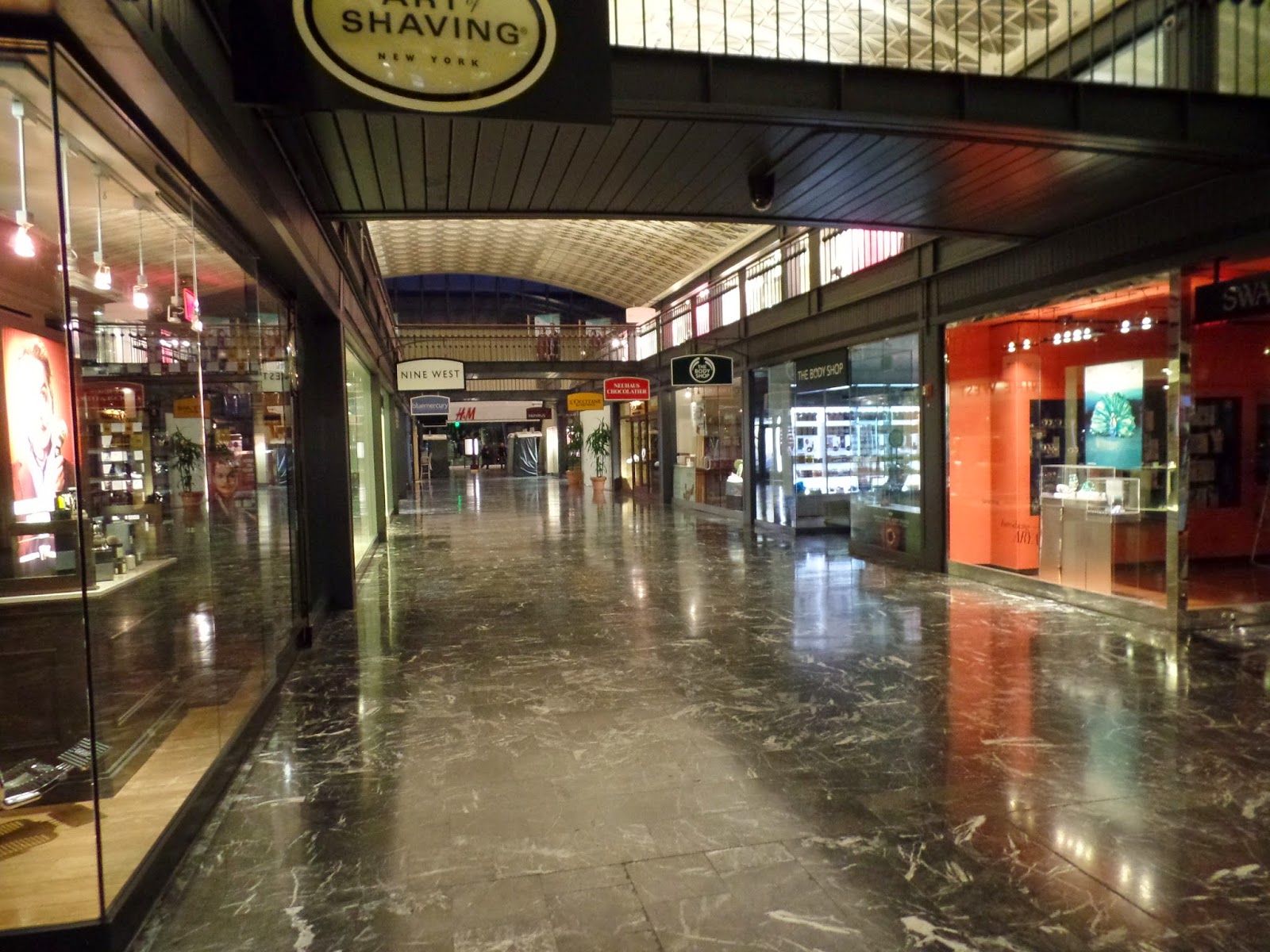 When I checked in at Club Acela, I was identified as female, helped no doubt by my androgynous outfit, light makeup, purse and jewelry.  And due to my once again “packing like a woman” with two very full suitcases, that female persona was frequently noted during the entire trip.  Including by the Red Cap, whose services I used to reach my departing train, which left from a lower level track.  Better that a big, strong man handle my bags and stow them in the sleeping car compartment, than try it myself…

Below is a picture from the lounge…naturally with me standing next to the snack table. 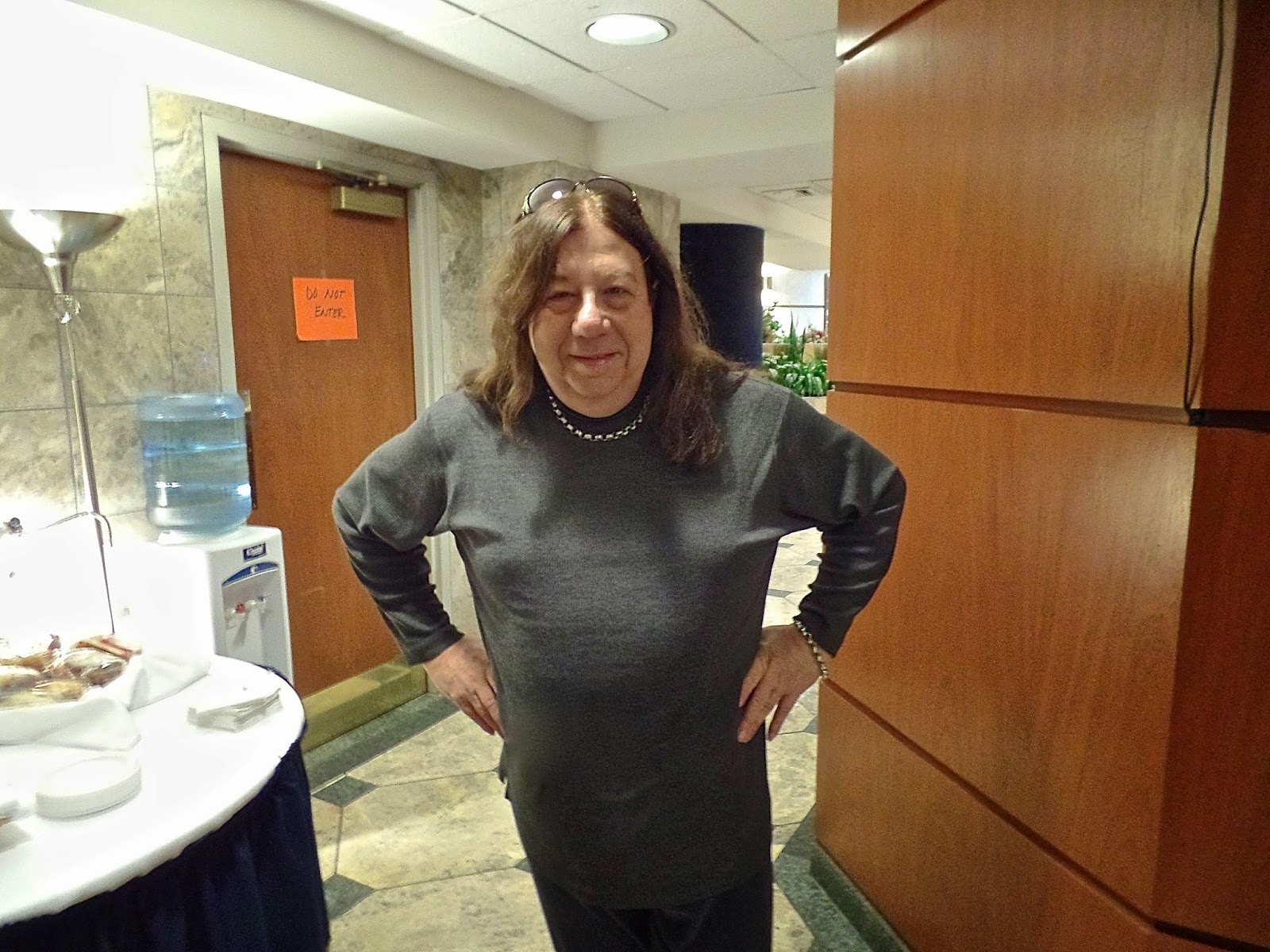 My journey to Chicago was uneventful – in fact, quite routine.  I did not attempt to use a female voice while socializing at dinner, but still was identified as female by the wait staff in the dining car.  Of course, nothing was said by my table-mates, who probably wondered but said nothing.

In the middle of the night I woke up, just in time to get the following night picture of the Cincinnati skyline.  Very pretty town. I spotted three passengers in the sleeping car on this train, who were attending the same conference.  But none of them appeared to notice me.   Thus, my decision to “not” travel en femme was justly confirmed.  Had I been in a dress, there's a very good chance that all most likely would have spotted my dress (I would have been the only woman in the sleeper in a jumper and turtleneck - or any dress, for that matter, except a pair of Amish women, traveling in their long dresses and caps) and then recognized me.  That would not have been a good thing at this stage of my dressing.

Since the train was late, my layover in Chicago was shorter than expected.  I went into the First Class Lounge (there’s one in Chicago) and stowed my bags for a short time, while I walked around the old familiar Chicago Union Station - been there many times.  The desk clerk who checked me in, and the Red Cap in the baggage storage area both addressed me as "Ma'am." Both on the way in, and the way out - they were consistent.

Before long, I was on the train west…