Found a few minutes this morning before everyone is up, for a quick post.   Hope everyone has finished their holiday shopping...

Ferroequinology time:  The first picture is of an excursion train behind two restored E-unit diesel locomotives, on a former PRR line, parked in the town of Renovo, PA in October of 2006.  We were passengers on this train, which was a fall foliage special.  It brought us to the town's Flaming Foliage festival and parade.  Notice all the locals with their chairs, mingling with passengers who came in on the train.   Everyone had a great time, and yours truly enjoyed the train ride! 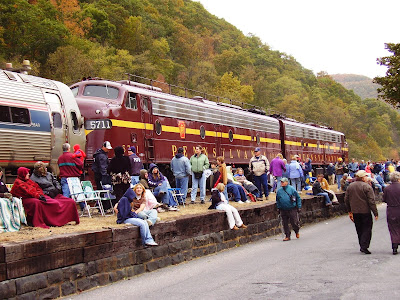 Below are a couple of pictures from September of 2002, on the Stewartstown Railroad.  In the first picture, the train was heading west toward New Freedom, PA (the current location of "Steam into History" and their replica of an antique steam train).  You can see my prior post on "Steam into History" including pictures, in "Girl time again..." which was posted last October 10.  The second picture is upon arrival at the interchange with PRR's Northern Central in New Freedom.  The PRR depot is in the background.

Unfortunately the owner of the SRR passed away, and the railroad ceased operating in 2004.  Then the property became embroiled in an estate issue over a gift, or loan (depending on who you talked with) of a substantial amount of money, and that battle dragged on into the present.  With the railroad currently dormant, the little center-cab diesel is being used as a spare locomotive by "Steam into History."

Per the Stewartstown website, it is said that the estate issues has been settled, paving the way for  renewed rail operations in 2014.  No wonder they call it "The railroad that refuses to die."  But there remains a lot of work to be done first... 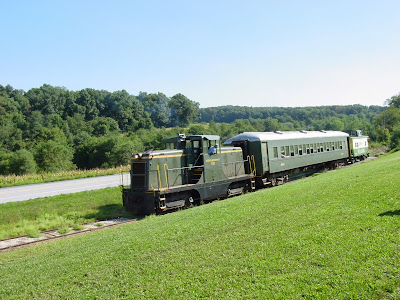 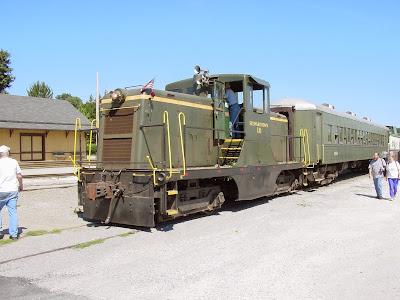 Once they begin operating again, the SRR will be high on my short list of "must see properties."

Our son is home for Christmas - we picked him up at the airport yesterday.  It's wonderful to see him again, and he started to bring us up to date on his girlfriend.  That pretty much occupied most of the talk on Monday.

But one thing I noticed as we were walking out of the restaurant where the three of us grabbed a quick lunch - a woman alone, wearing the same Clarks "Recent Duchess" flats as I was, in the exact same color.  She glanced down at my feet, and up at my face, where our eyes met and we both smiled at each other, just like two women.  My family was ahead of me, so they didn't notice.  For some odd reason, I thought this would only happen if I was wearing true ballet flats - you know, the ones with cute little bows on the vamps.  (That's a style which has so far eluded me, because they generally don't fit me well.)  I obviously was wrong!

My exact shoes have been sold on the shopping channel, and now, so soon after buying them, I've met a woman wearing them.  It's inevitable - one of these days a woman and I are going to end up reviewing the merits and comfort of our identical shoes.  I can only hope that it happens when I'm alone...for obvious wifely reasons.

Posted by Mandy Sherman at 8:37 AM