A bit of ferroequinology...


Since things have been so quiet around here, it's time to dig out some ferroequinology from the archives: 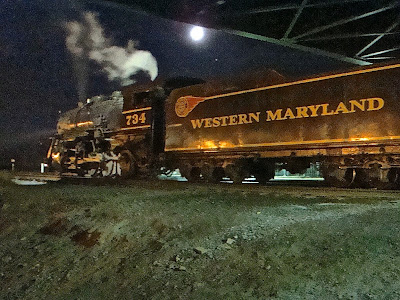 Above is Western Maryland Scenic Railroad's #734 Steam Engine simmnering in the bright moonlight at Cumberland, MD, after a night run to and from Frostburg.  Circa Summer 2015.

And following is a picture from the National Railway Historical Society's rail excursion out of Portland, OR on BNSF trackage.  The eastbound trip found former Spokane Portland and Seattle's #700 in the lead, with former Southern Pacific 4449 (the colorful engine) following.  Westbound back to Portland, the engines switched places, with 4449 in the lead. 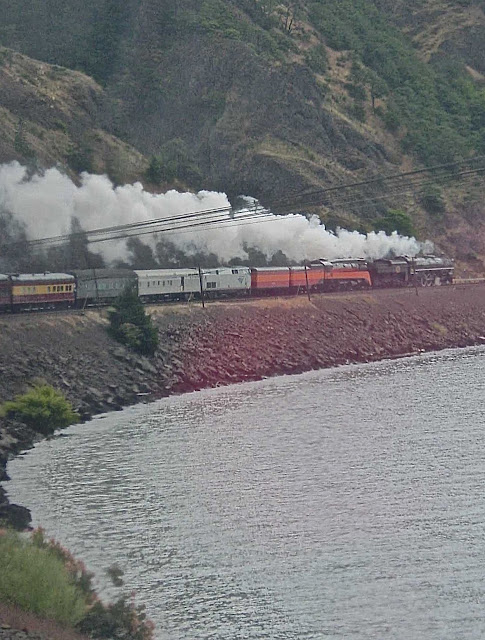 It was a fun trip for everyone, and it ran more-or-less on time.   Too bad the current turmoil in Washington is taking it's toll on Amtrak, which is resulting in less service and fewer excursions like the above (notice the Amtrak diesel behind the steam engines.)