We don't sit around during dull times, even when visiting.  Wanderlust sets in, even with only a few spare hours - and the car beckons us to go.   On another quiet day, we went for a ride on I-24 S, and came across the sign for the towns Bell Buckle and Wartrace.  Curiosity set in, and we exited on to some two lane roads.

Our first stop was Bell Buckle, population about 500, an artsy and antiquey little place by active railroad tracks.  (And it IS Bell Buckle...not Belt Buckle!)  It also is home to the Webb School, a rather expensive boarding high school for those privileged few with sufficient means to pay over $40K per year to board and privately-educate each of their offspring (it's reportedly co-ed.)  Per the internet, their average class size is 10 and student/teacher ratio is 6 to 1, so it BETTER be a REALLY GOOD education...if not, it's just an expensive baby-sitter! 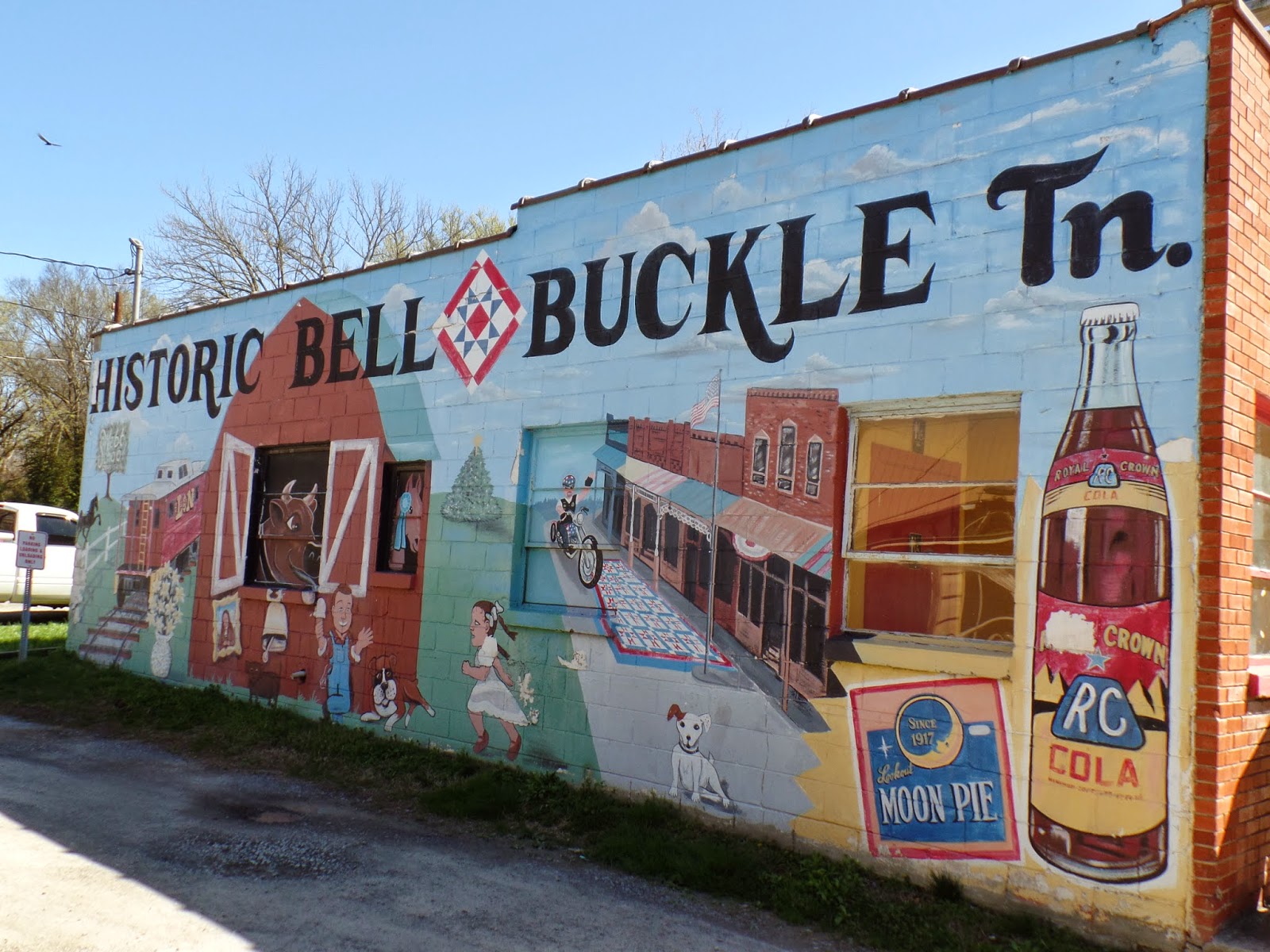 The little shops were mostly closed when we were there (early), but the cafe was highly recommended by the one open shop.  (Which had some cute - but pricey - stuffed animals.)   However, I heard a train whistle, and had to trot over to the tracks to grab some pix.... 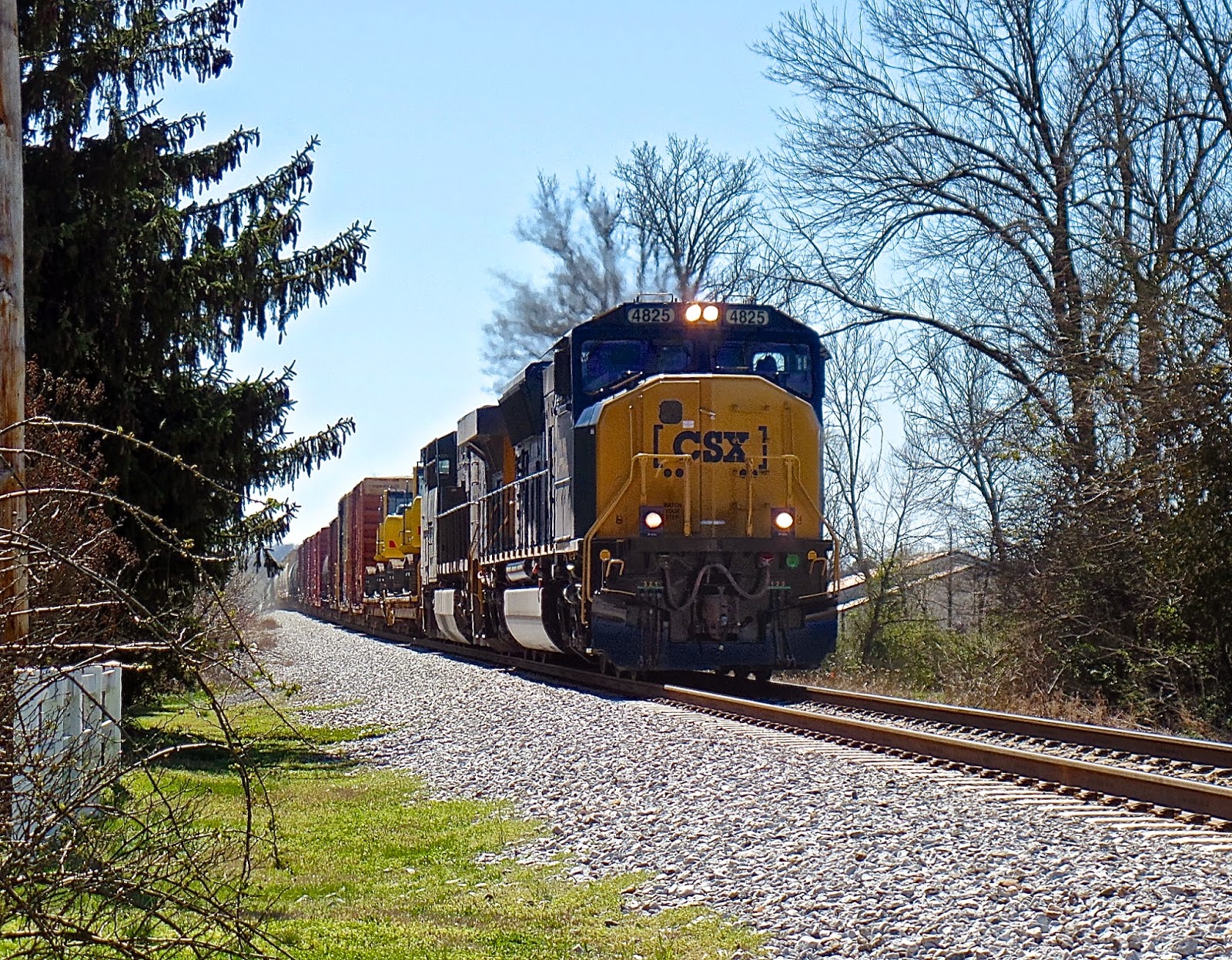 This one was certainly moving along, at an estimated 60 mph!  Made quite a breeze as it roared by.

After we finished looking around in Bell Buckle, we followed country roads to Wartrace, population about 600.  We were surprised to find very few artsy/antique shops.  The biggest occupied storefronts were the local lawyer's office, a hobby shop (closed that day) and The Tennessee Walking Horse Museum (closed, but with no signs showing when it is actually open.)  That would be an interesting one for a future visit!  The biggest activity was a local farmer selling his wares in the parking lot. 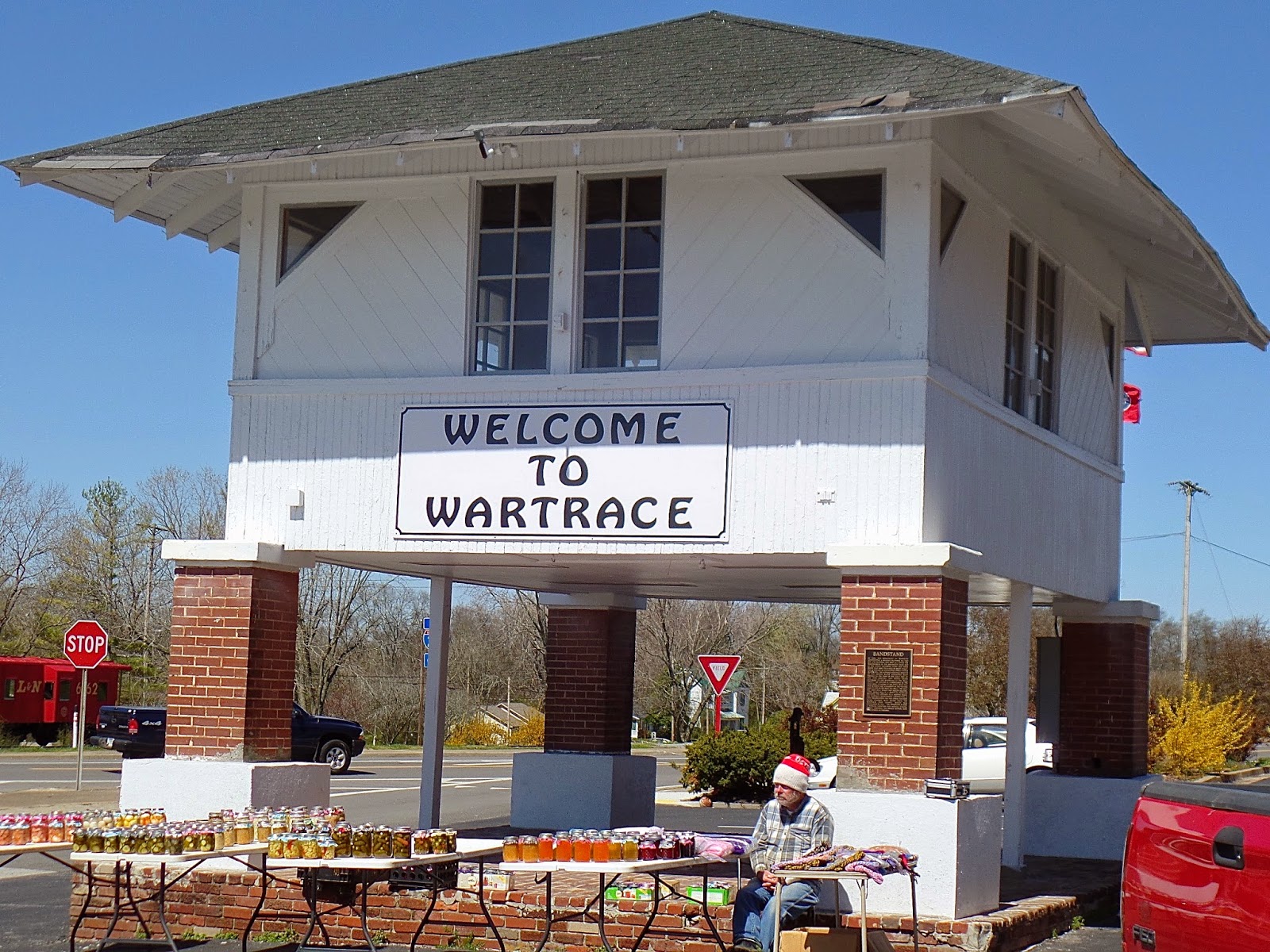 Unfortunately, we didn't need what the vendor  was selliing... 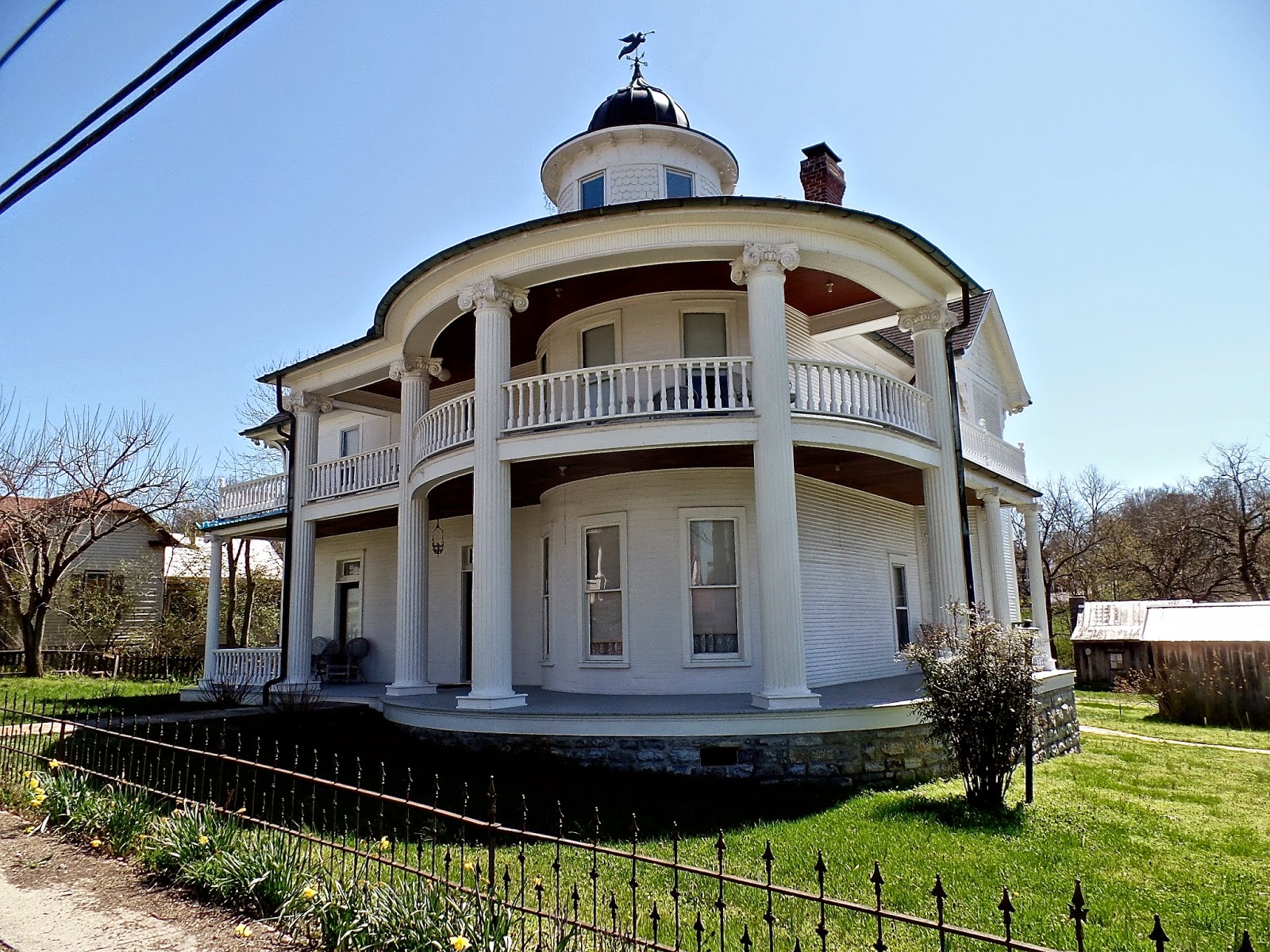 A spectacular old house in Wartrace

Our ultimate destination was the George Dickel distillery, out in the country, near  Normandy.  But on the way, we were distracted by the chance to get "up close and personal" with the TVA reservoir and flood control dam just outside of town.  Not often does one have a chance to get this close to the downstream side of a big dam. 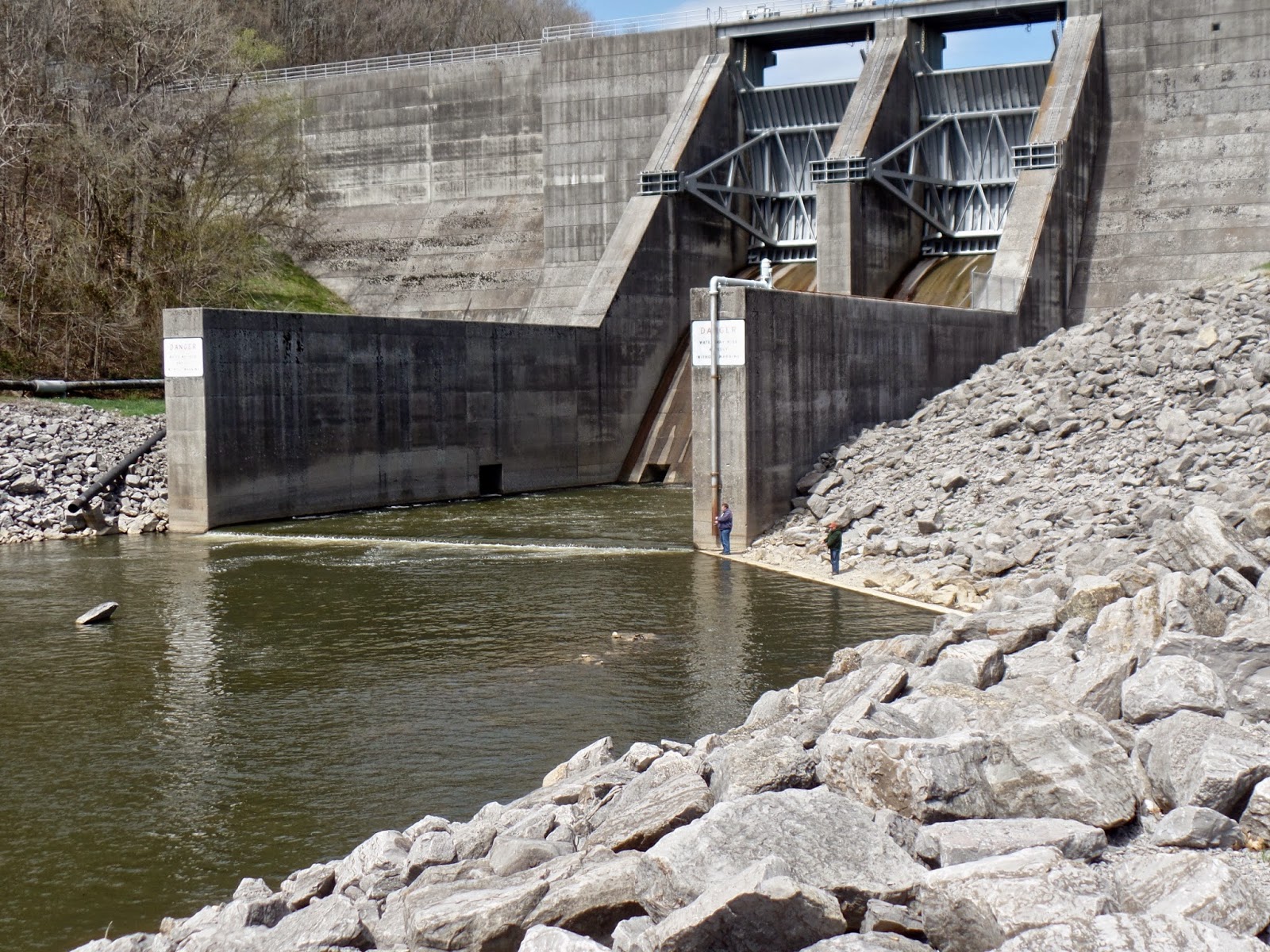 Now, with the time creeping past 1:30, we came through downtown, and found the only restaurant open (more appropriately, the only restaurant in town!)  Being hungry, we parked and went in.  The hostess seated us two "ladies" by the lighted gas fireplace, a nice gesture that we both enjoyed (while sunny, it was a bit chilly.)  Food was fabulous - a delightful country buffet. I didn't notice any undue attention from other customers, in this politically conservative area.  The all-female waitstaff continued to address us as "ladies" through the meal, and asked if we wanted two checks or one, placing the bill between us.  Before we left, we both used the restroom, which was unisex. It's all good.

However, apparently the elderly male clerk at the cash register saw right through my androgynous outfit and feminine cues.  As I checked out,  I heard the dreaded "S" word.   Several times.  Aw shucks - this "stuff still happens!"  There's a killjoy hiding behind every bush, shrub and counter.  But this time, it really didn't matter, since I was just being "my androgynous self" - not Mandy - that day. 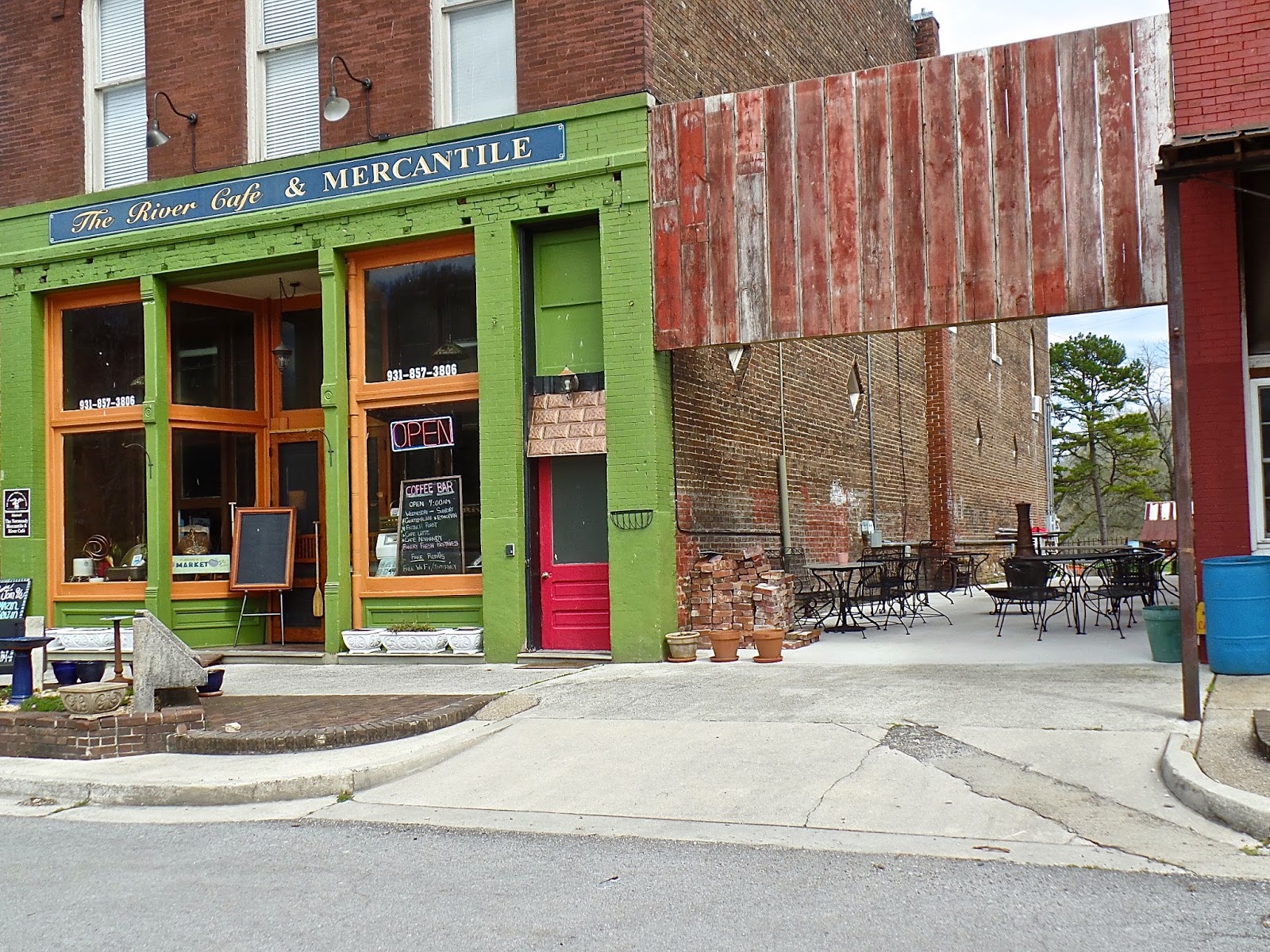