With the holidays almost upon us, we are busy as can be here.

Holiday decorating is late this year, due to our recent visit to our son's new place down south, over Thanksgiving.  We're playing catch-up ball.  So we didn't put up 100 per cent of the old decorations.  There will be time for that next year, when the kids come home - they'll be with his fiance's family this year, since her mom and dad are scheduled off.  But her parents have both been told that they will be on duty next year (medical field), so the kids will plan to come visit us instead.

Mom had been dealing fairly well with her Alzheimer's issues over the past few months.  But she experienced a setback, which caused problems starting a few days before the end of our trip.  And it remains an issue today.  This major disorientation (resulting in antagonizing staff and interpreting me as her brother) was not unexpected.  It's a part of the course of the disease.   I just wish visits with her could revert to being more pleasant...like the ones as recent as last month.  Yet, I'm realistic enough to know that they may never again be that good, particularly if this turns out to be the beginning of her "slippery slope" downhill.

It's tough for me to deal with, as well as a challenge for the staff at the nursing home.  It'll undoubtedly result in a medication adjustment, in preparation for my upcoming trip next January.   The trip, and the medication adjustment, are both in the works already.    Staff tells me that it's likely she will face this same issue, going forward.  Unfortunately, that's the way things always work.

While Mom was busily identifying me as her brother, the thought crossed my mind that, with my long hair, if I showed up in a skirt right now, like I did about five weeks ago on Halloween, she might actually think I'm her sister (who also had long hair, and passed away 30 years ago).   No, I'm not actually going to try for that...

But, one of the female staffers got a big chuckle when Mom needed help in the potty as I arrived on the scene last Friday.   I initially asked (from the hall outside her room) if she needed some help, and her answer was "Are you a girl?"  The words which fell out of my mouth were: "Only on Halloween," said with a VERY straight face.

You may recall my Halloween outfit from prior posts: Here's what I wore on Halloween.  Taken in Mom's room at the nursing home.  Yes, it's a skirt, not shorts or culottes!   And yes, you've seen this pic before! 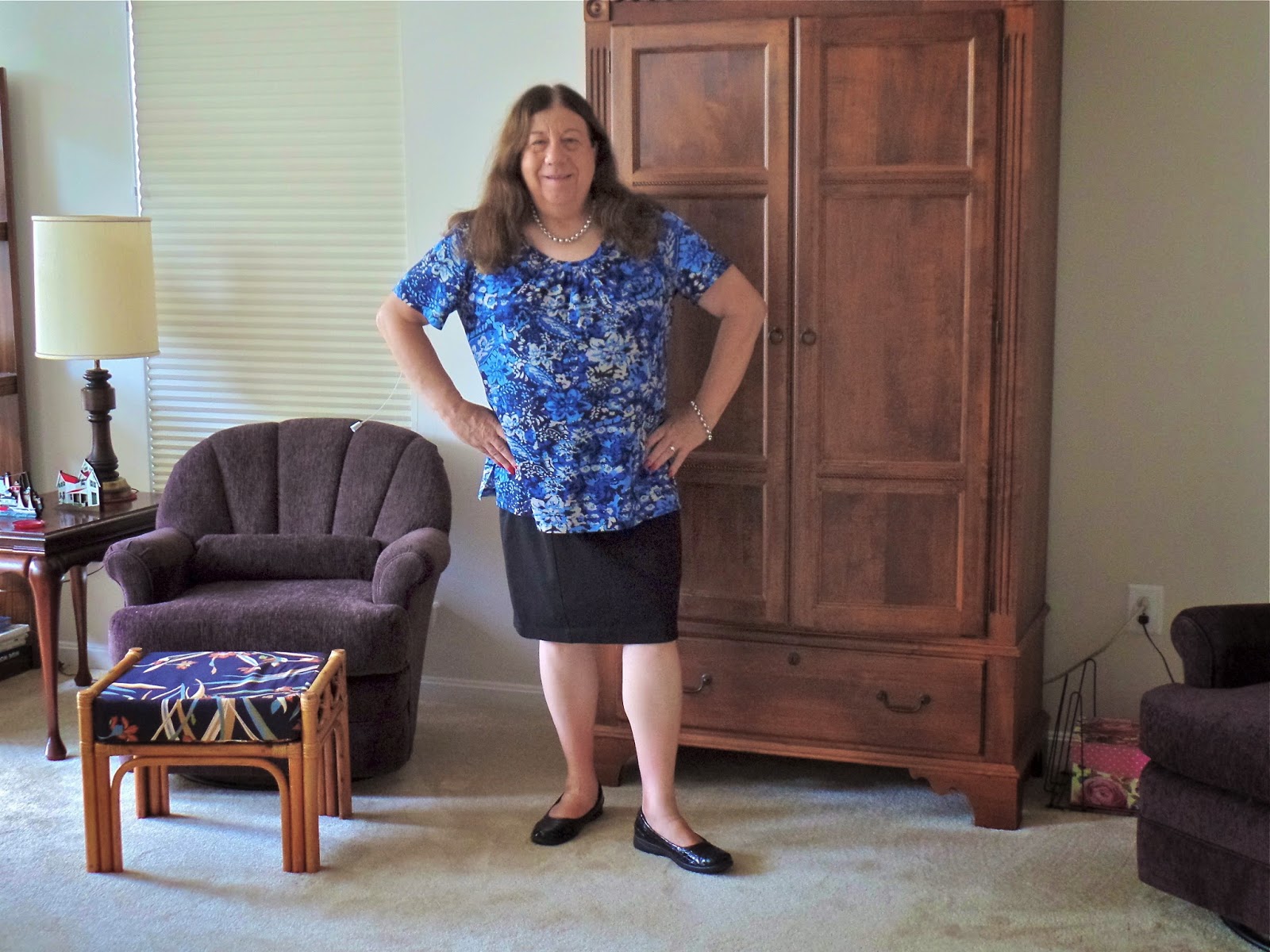 Here's the same outfit, taken in a different location, with a better view of my skirt.

That bit of impromptu levity was completely lost on Mom, as you might expect.  BUT, the female staffer who had appeared out of nowhere as I gave my now-famous answer, and who knew I had been dressed as a girl on Halloween,  struggled to avoid bursting out laughing.  I guess even in the most serious of situations, there can be an occasional glimmer of humor...