Although my wife and I don't drink, I tasted some really delicious local holiday spiced wine at a recent party, and on the way to visit my mother, stopped at a convenient local liquor store to buy some.  As I got out of the car, I noticed two men heavily laden with their holiday purchases (apparently set for one huge party!)

Since I could move quicker than they, as I carried only my purse, I hurried to the door and opened it for them.  "Thanks so much, honey, you saved the day!"  And the other said "Miss, I really can't thank you enough..."  They really appreciated a lady holding the door for them, and that lady truly enjoyed every second of their appreciation! (No, I wasn't even wearing a skirt, or makeup.)  Though I'm used to typically being referred to as "dear, sweetie, lady, Miss, Ma'am, and so on" I can't remember being referred to as "Honey" previously (except by my wife, and she isn't saying it because I'm feminine)...  Another first.

The store was out of the spiced wine I wanted...so I left empty handed. At least I have a bottle of similar wine in reserve at home...it'll be gone before the holidays are over.

When we went out to dinner on Friday night, at a local pub, we were addressed as "folks" initially by the female greeter.  But the server eventually changed over to"ladies"- a first.  It's often the other way around - "Ladies" changes to "folks." I'll interpret that as a positive thing...especially since it's local, and the locals are generally "dyed-in-the-wool" traditional, conservative Republicans.

On a more somber note, that restaurant and motel shown in an earlier post (and some surrounding houses as well) have now been largely demolished, to make way for the convenience store and gas station.  Today all that remained was one short rear wall...and a huge pile of rubble that kept them unable to reach the wall conveniently.   It, too, will soon fall! 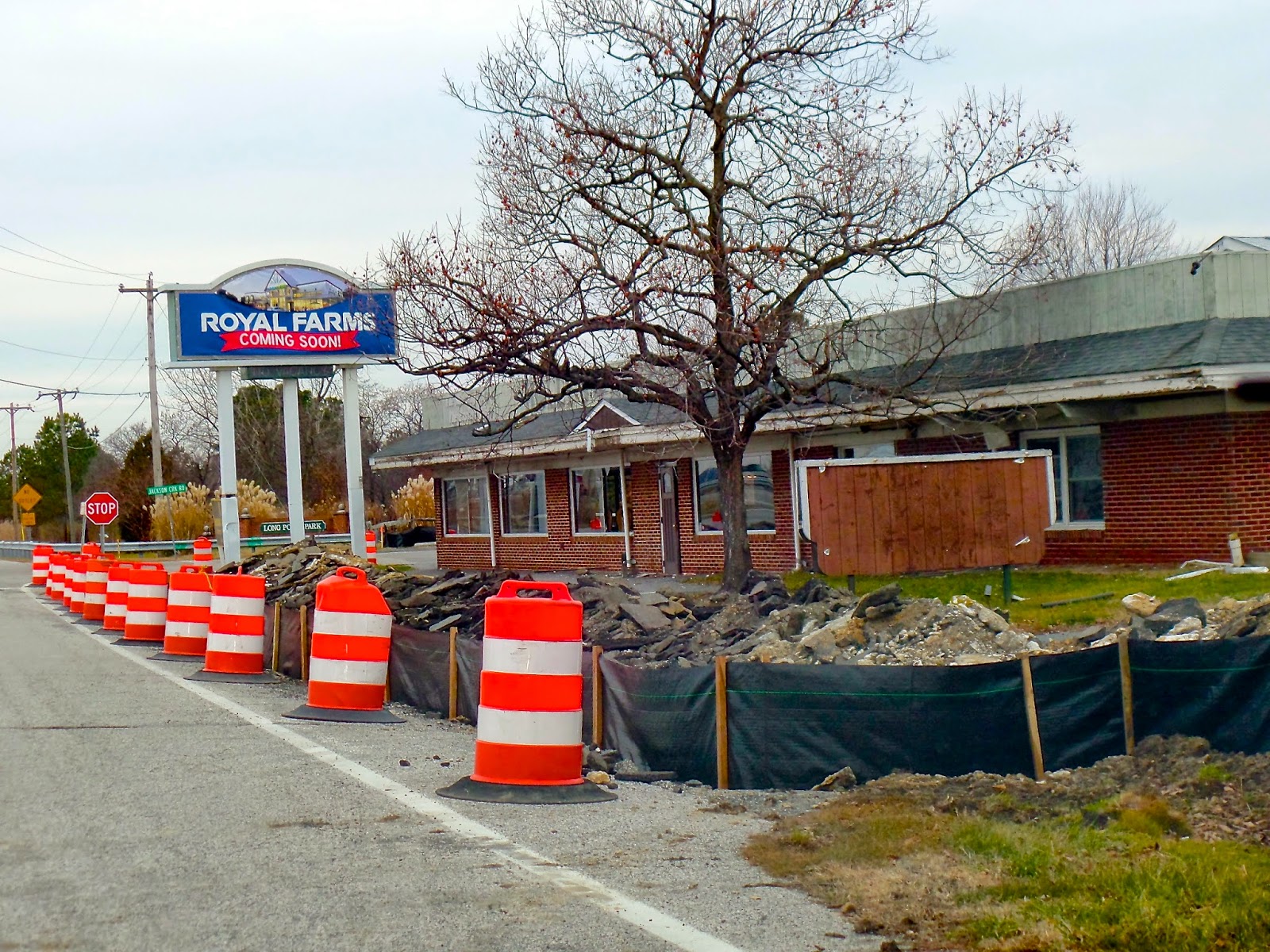 Last week...still there, but its days were numbered - with single digits! 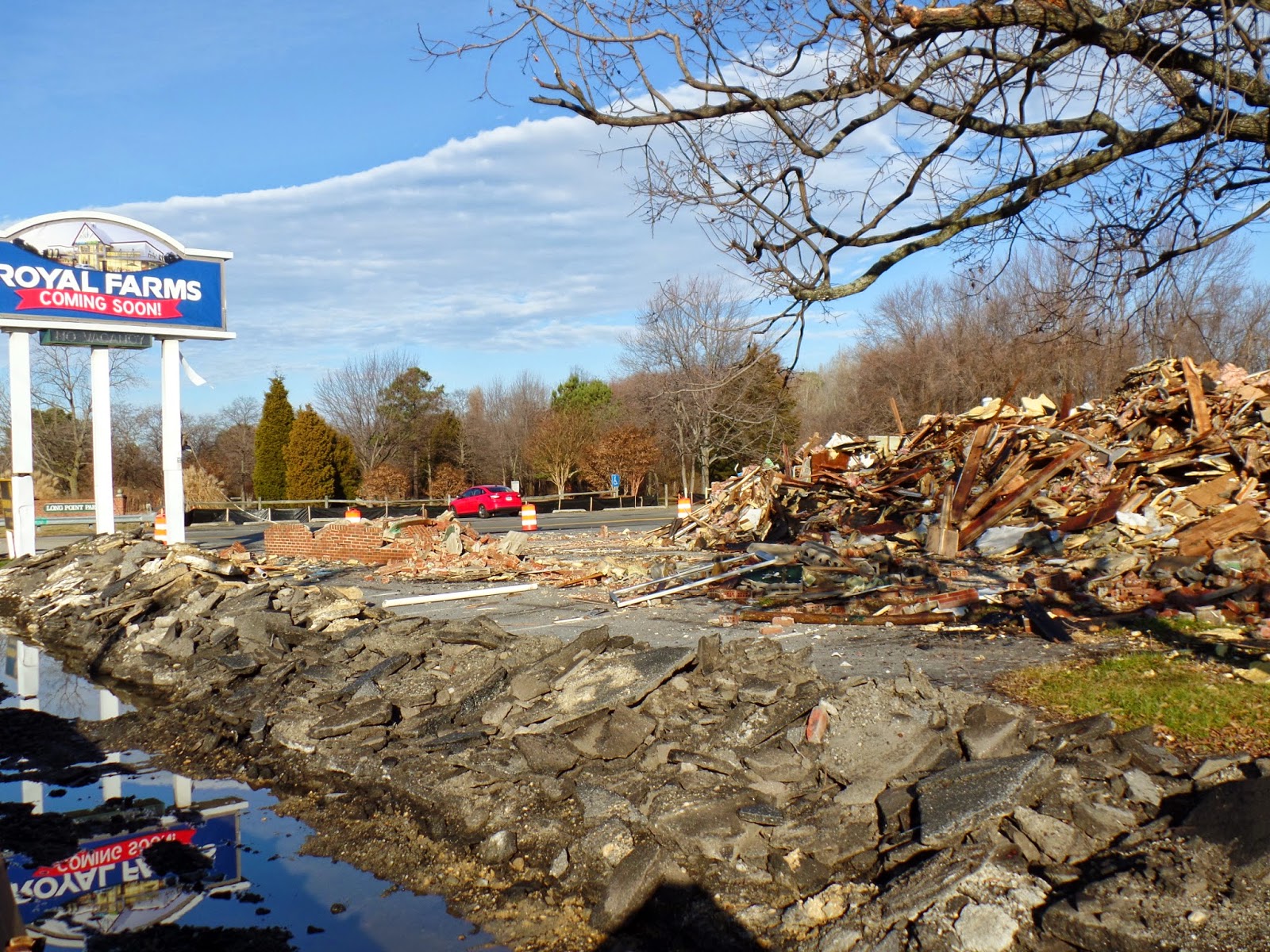 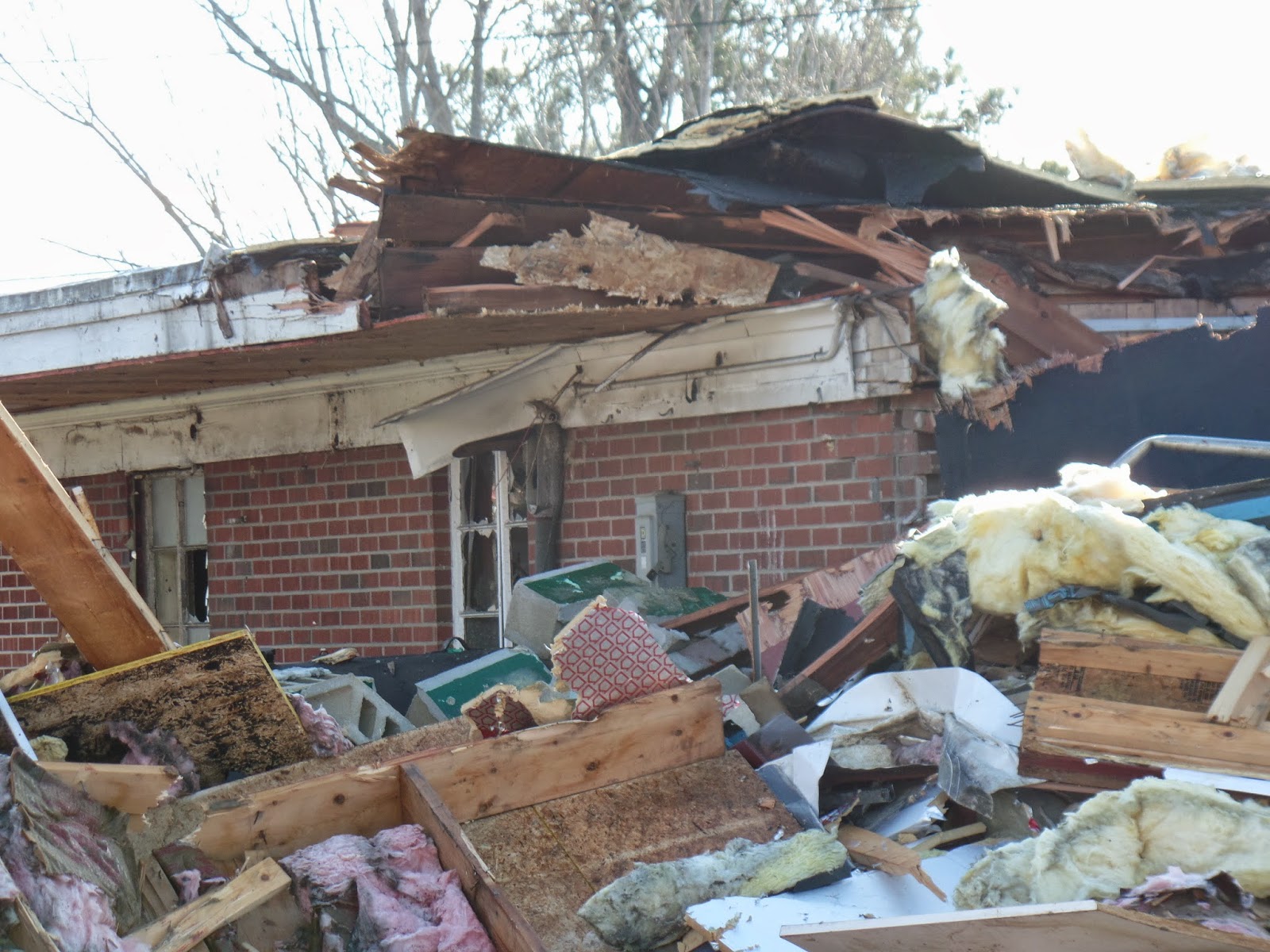 Only one back wall left...it will likely fall this coming week.  Thanks for the Memories!

Following is a picture of that sadly-confused little forsythia plant I mentioned in a prior post, which is trying its hardest to produce a few flowers in the relatively warm weather we've been having.  That effort is in spite of the fact winter has yet to arrive. 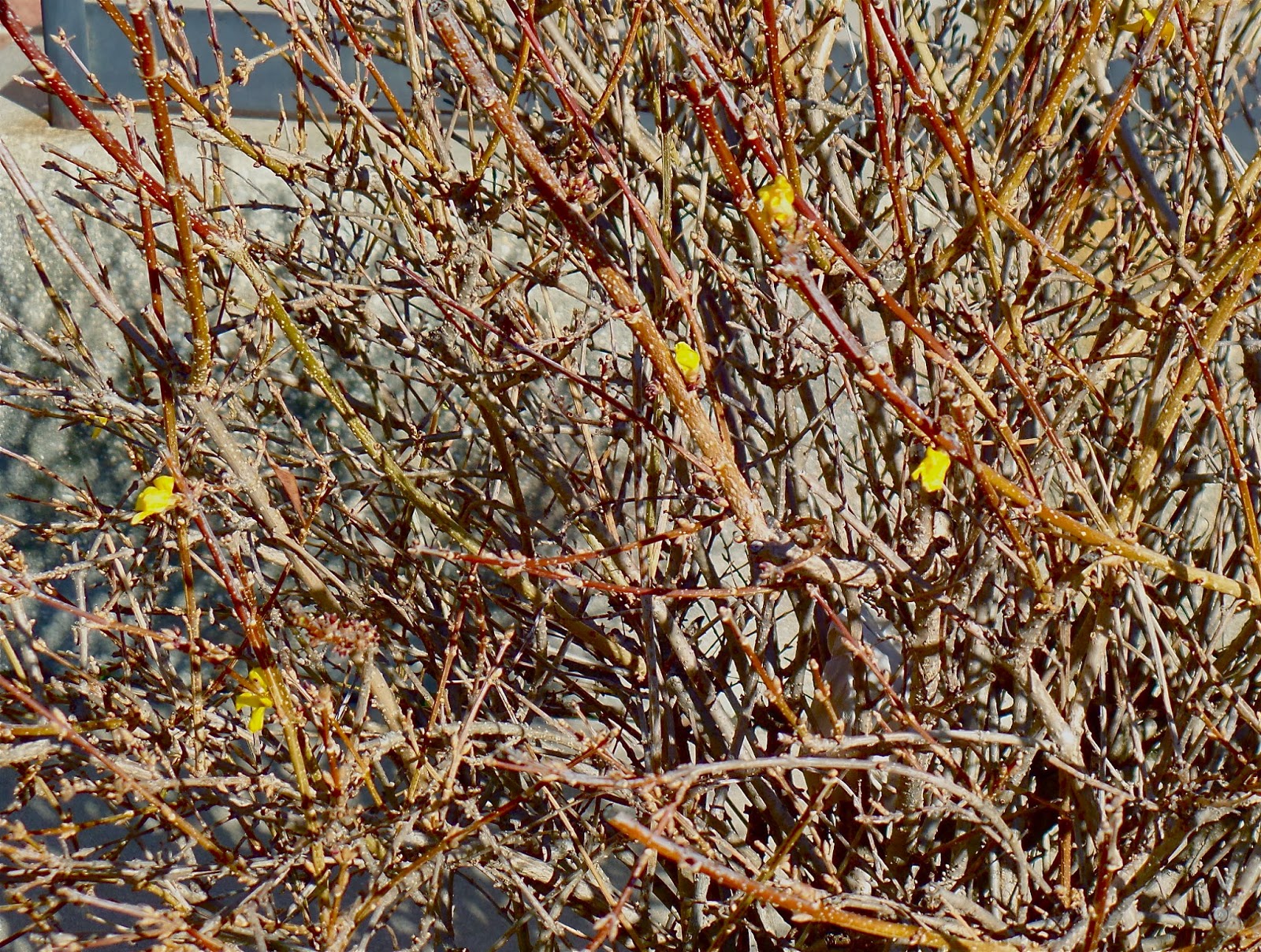 Will it ever be in for a big surprise one of these days, when winter begins on the Delmarva!!!  However,  I've been noticing a lot of geese flying NORTH, not south.  So, maybe they're combined indications that winter is over already?  Our checkbook would like that...a short winter would be fabulous - and save a fortune on fuel bills!

This will likely be my last post for the year 2014...wishing my readers and friends a very safe and Happy New Year.  Bring on the "bubbly"!

Posted by Mandy Sherman at 3:57 PM