This has been a busy week, but rather quiet on the gender front.

My most exciting moments have been experienced in androgynous mode, as a part of daily business.  Last week, when leaving Mom's nursing home, a vehicle stopped beside me.  That happens occasionally in the parking lot, with people looking for a parking place.  "Ma'am?  Ma'am?  Excuse me..."  I looked into the car and a guy was trying to obtain the address of the nursing home, to be sure he had the right place....and I was able to confirm he'd found it.  "Thank you, Ma'am."

It was my week for a fill.  The salon wasn't excessively crowded, and I was addressed as "Miss Mandy" by the techs.  After J was done with me, she asked if I'd help hang a picture.  Which I was happy to do, within my time constraints.  She was happy to have someone show her how to do it...

And on Wednesday I had to run a model train engine over the bridge to the repair shop.  I bribed my wife to go along, with a lunch date at her favorite restaurant on the other side.   We were seated as "ladies" and addressed as such by the male server  When time for the check came, he put it between us.  The clerk saw me look over the bill, so when he brought it back after running the c/c,  he gave it to me.  But it was my wife's credit card, and she signed (she gets a cashback bonus on her charges.)  Guess he was convinced that I paid the bill.

On Friday I visited the computer store at the mall, due to problems with an operating system upgrade.  (That helped a lot, but I'm still trying to figure everything out.)   It's my first time to do an upgrade.  But after all the issues, it certainly will be my last...

As usual I was in androgynous mode, but this time wore light makeup and lipstick, and had used a different product on my hair, giving it more fullness and "flow."  The hucksters at the booths in the center of the aisle were out in full force, trying to entice women to buy things.  I simply say "no thanks" to them, and keep going...I don't need to spend money on trifles.  But I admit to perking up my ears as an attractive woman accosted me (and I noticed because we were glancing at each other as she spoke):  "Beautiful lady, would you like a sample of...."  I thought quickly, but decided I'd give the usual answer, so as to leave her guessing at my real gender...   I wished her a Happy Holiday season, in as femme a voice as I could muster... and she returned the greeting.  I sure wish I could be going out en femme, but right now it just isn't convenient!

If you recall, I previously (Tuesday, December 9) provided some pictures of a mom-and-pop motel and restaurant which are being razed to make way for yet another convenience store and gas station.  Heavy equipment is rolling now, and nearby chain motels are most likely cheering on the progress! 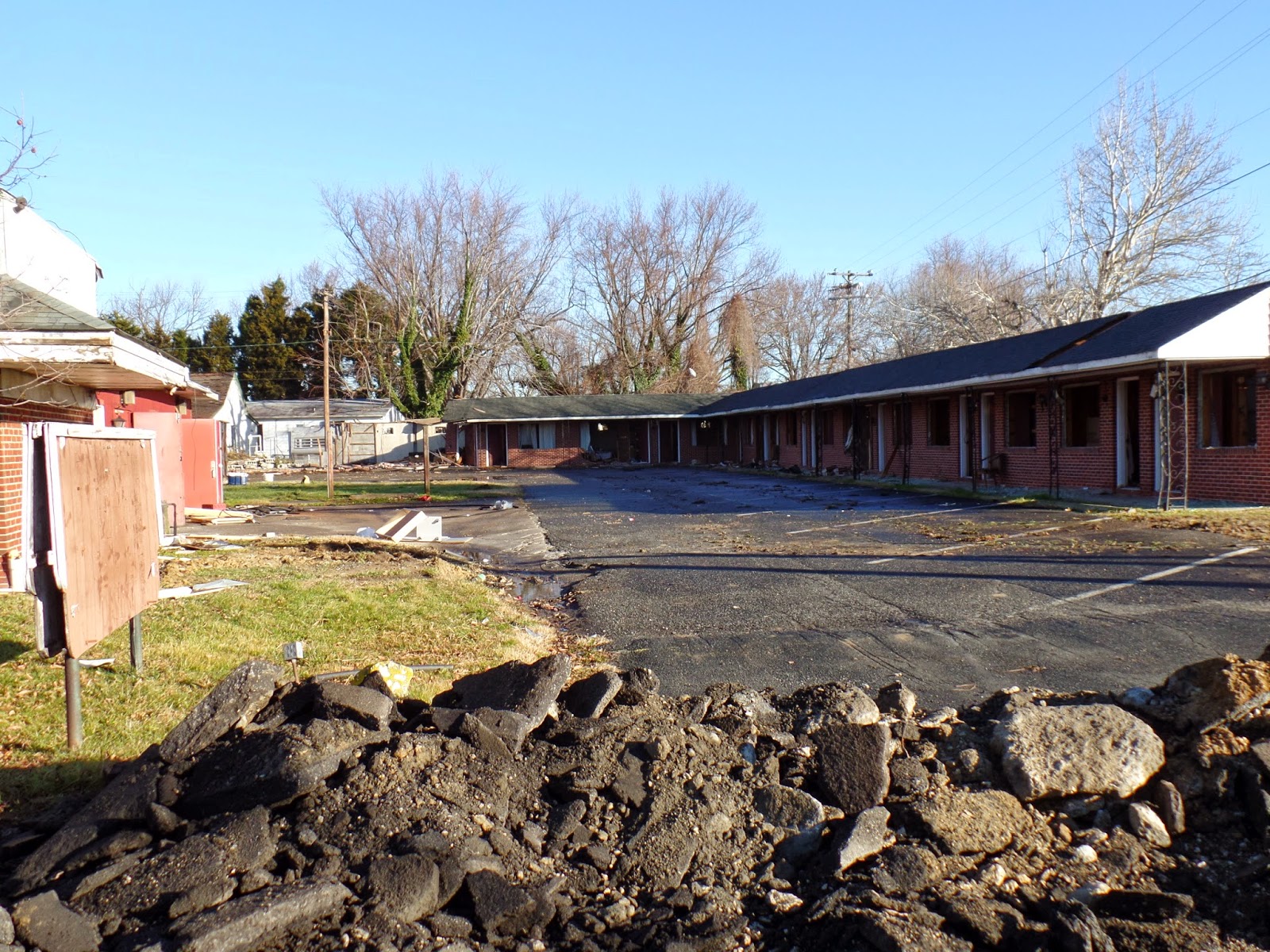 Most of the far wing has met its fate, battered furniture and all, as of last Wednesday.  The rest of the motel awaits its destruction. 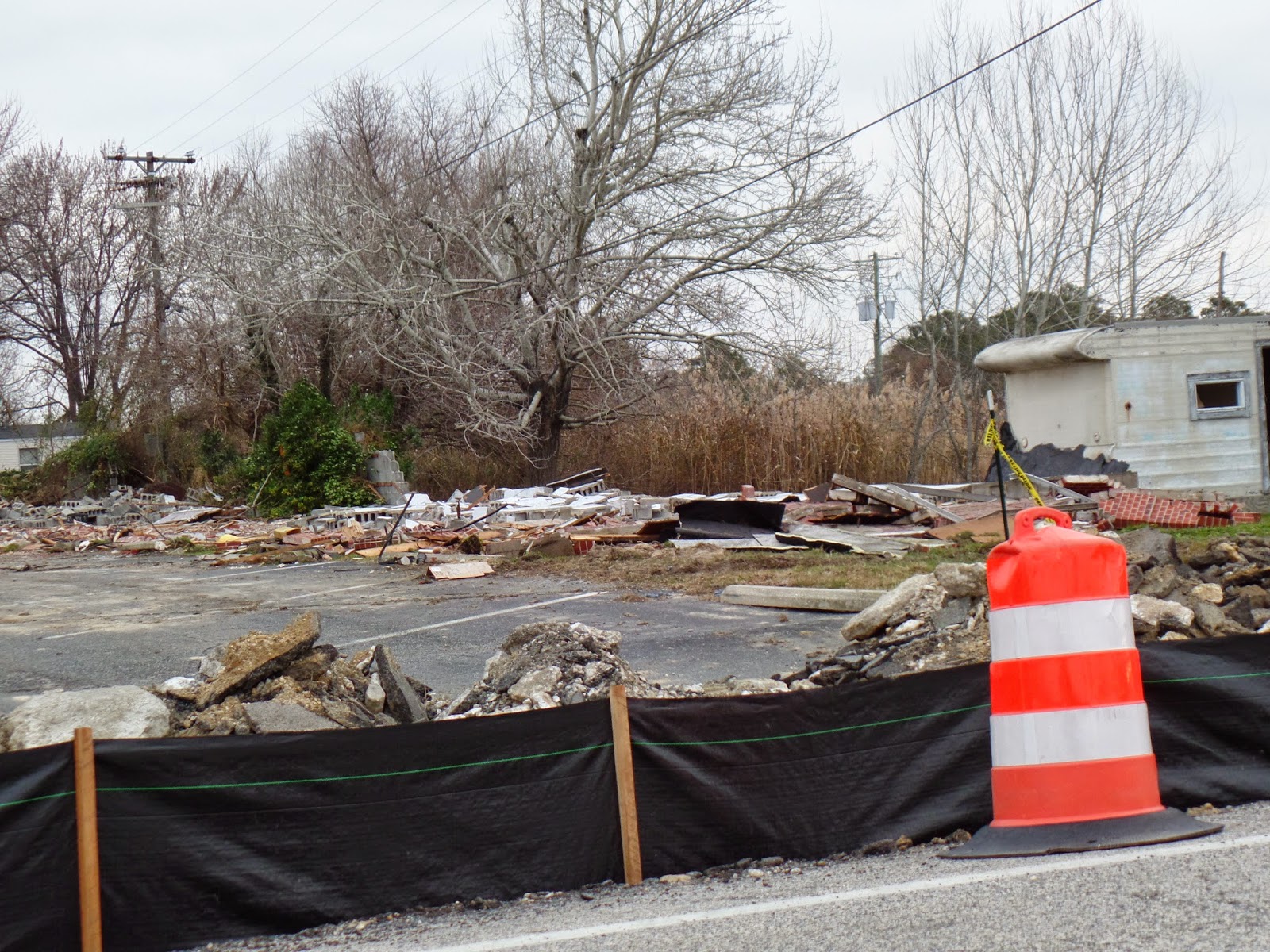 As of Friday morning, the remaining motel wing has succumbed to the wreckers. 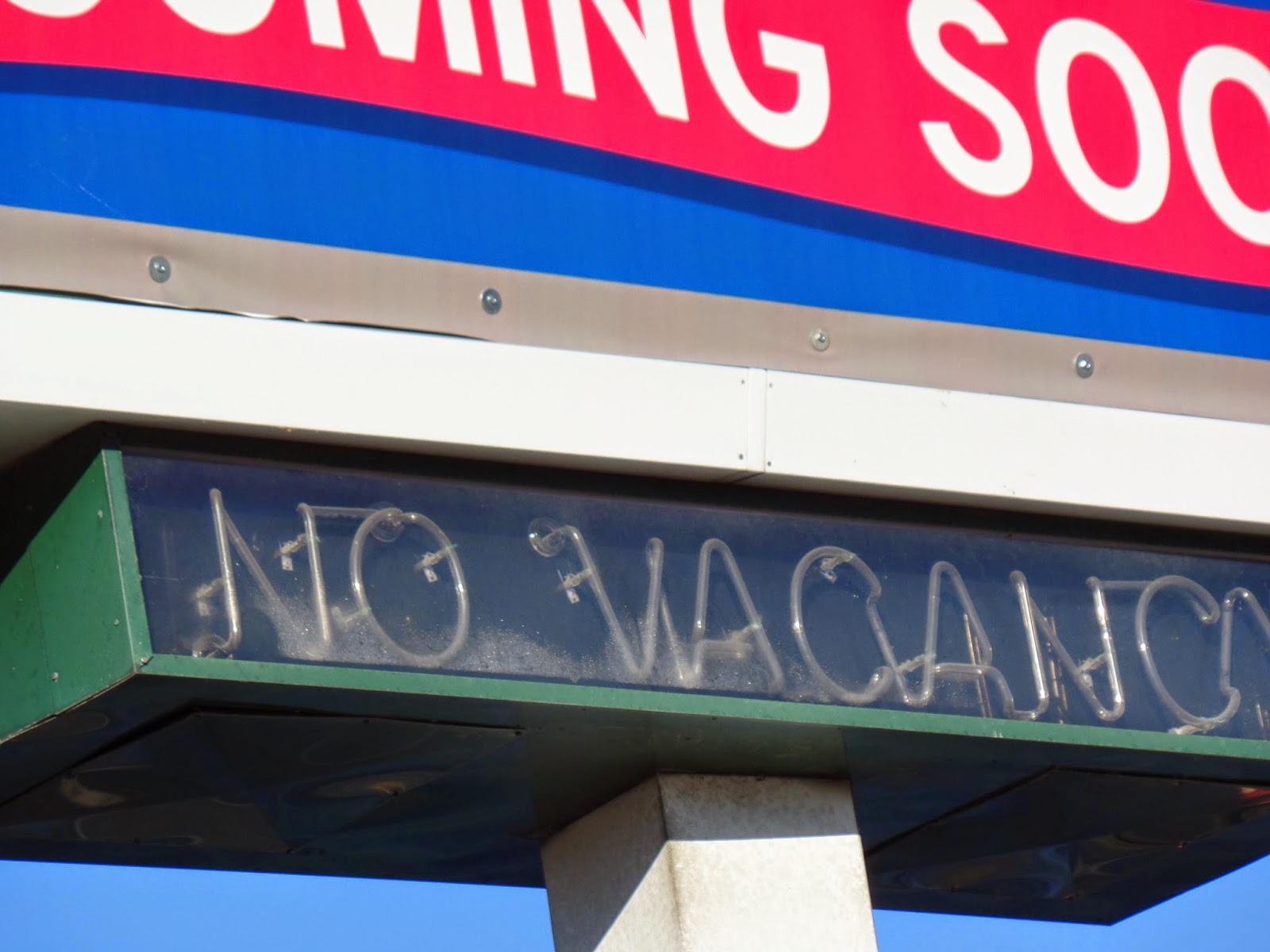 The "No Vacancy" sign will never again signify a "full house." as it surely did for many nights in those less stressful and more genteel times on US 50...   Instead, loiterers will hang around the convenience store, to periodically be "shooed away" by State Troopers...

My next pictures will probably show the restaurant has been reduced to a pile of rubble.

Posted by Mandy Sherman at 1:24 PM