Last Friday morning, dressed in capris and a polo top with sandals, I dropped my wife at the train station, to begin her travel to visit with her sister in the midwest.  Thus, my adventure (including a museum visit, a meet-up with a blogger in the area, and an evening session with a photographer/makeup artist for some professional pictures) began...things I've wanted to do for a long time.

First stop was a nail salon (not my regular one), to get my nails made a bit more suitable for the weekend.  I knew my fingernails needed filled, but I didn't want them to do that, so it took several coats of bright red polish over top, to make them look good.  My toes also needed attention - the shellac was getting rough on the edges, so for not much more than the cost of repairing the rough spots on each toe, they replaced the old silver shellac with a darker shade of silver, and painted them the same shade of red as my fingers.  Due to the underlying silver color, the red came out a bit darker, but that's not a major problem.   (My nails show up as almost the proper colors below.  But the carpet is actually tan, not green!  Sorry!)  Then I changed into a skirt and blouse in their restroom... 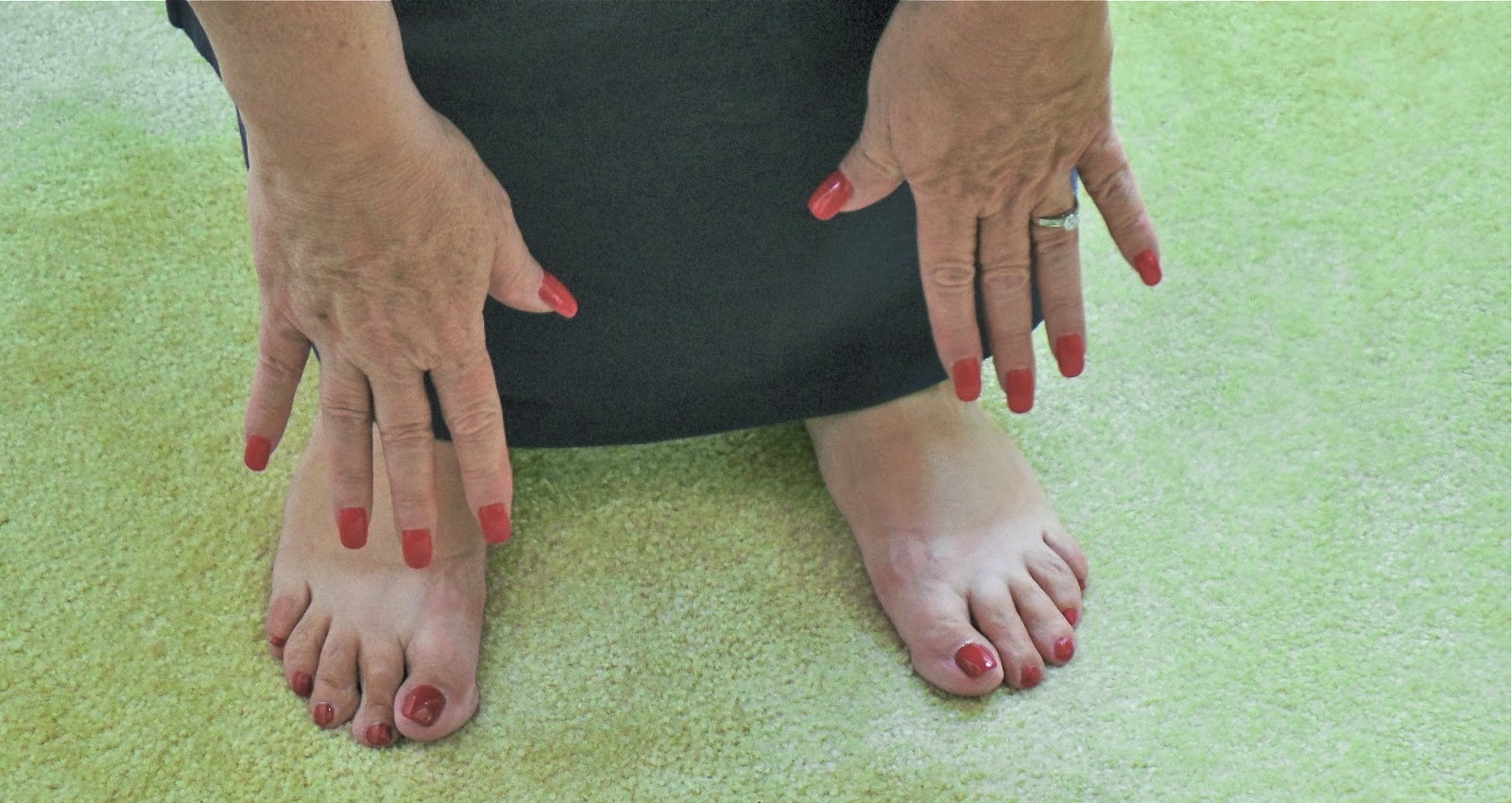 There was plenty of time to get to my hotel.   Or so I thought... but Friday afternoon's traffic was frightful, made worse by the fact that I was traveling unfamiliar roads, guided only by a GPS.  That's not fun, particularly in bumper-to-bumper, stop-and-go traffic.  The long and short of it is:  I got there, safe and sound, with no issue (other than frayed nerves and shortness of time.)   But I had time to freshen up for dinner (you know the drill - shave, apply new makeup, change outfits, and so on...)

Meg, one of the girls whose blog I follow, met me at the hotel at the appointed time.  We went to a nearby restaurant for dinner, as planned.  Both of us ordered sandwiches, but when they arrived, surprise!  They weren't just conventional sandwiches, they were super-size.  Each half was almost the size of a regular sandwich.  It's tough to even think about dessert, when you're stuffed like the proverbial holiday bird...  And, we didn't even eat all of our fries!

Meg was planning to attend a Tom Paxton "folk concert" being held that evening in one of the suburban Virginia local parks, and she invited me to go along.  The weather was perfect for outdoor entertainment (at the right price - free), the company was good, and I wanted to be out-and-about in a skirt.  So, I went along.

For those of you who don't remember Tom Paxton - and yours truly initially fell into that category - go here: (www.youtube.com/watch?v=ahWcocGtEyA) for a refresher.  Then if you're like me, it all comes into focus...   It was wonderful to hear this live performance, and I had a great time!   Thanks go out to Meg for suggesting it! 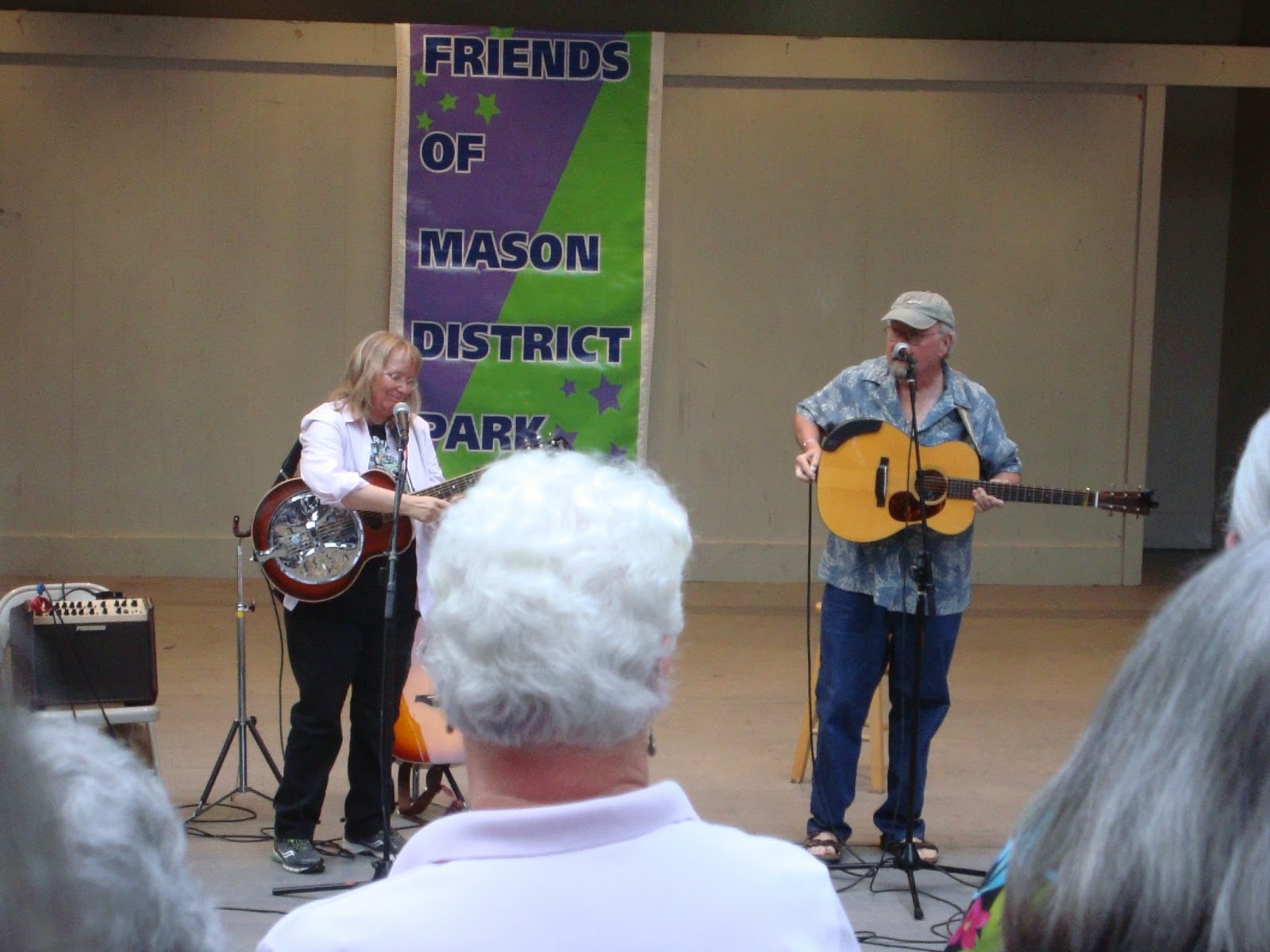 Afterward, I went back to my hotel room, to clean up the teenage-girl-like disaster of clothes I had strewn around the room, while hunting the exact outfit I wanted to wear.   In all my past travels, I NEVER had been able to carry all my girl things (with the exception of shoes) in one suitcase.  But this time I did.  That's because I didn't bring anything androgynous, except the clothes I left the house in that morning, and which were now in the dirty laundry bag to take home.  Mandy had "kicked the door off the closet" for the weekend, would have to wear skirts and blouses all weekend (including the drive home), and was feeling fabulous!

Saturday I was on my own, as Meg had other plans.  But I'd planned for a solo day anyway, so that was no problem.  My agenda was simple -  visit the Steven Udvar-Hazy Center in Chantilly, VA, which is the Smithsonian's repository for aviation and space displays too big or too numerous for the Smithsonian down on the Mall in DC.  I'd previously been to that museum, so Udvar-Hazy was now the must-see.

That place is huge!  You can tell from these pictures, one outside and one inside...it seems to go on "forever."  The big black bulge in the picture below is an observation tower.  I was in one of the first groups of the day to visit, and the view is spectacular.   The airport is nearby, and planes can be seen taking off or landing - though the runways were relatively quiet at that hour of the morning. 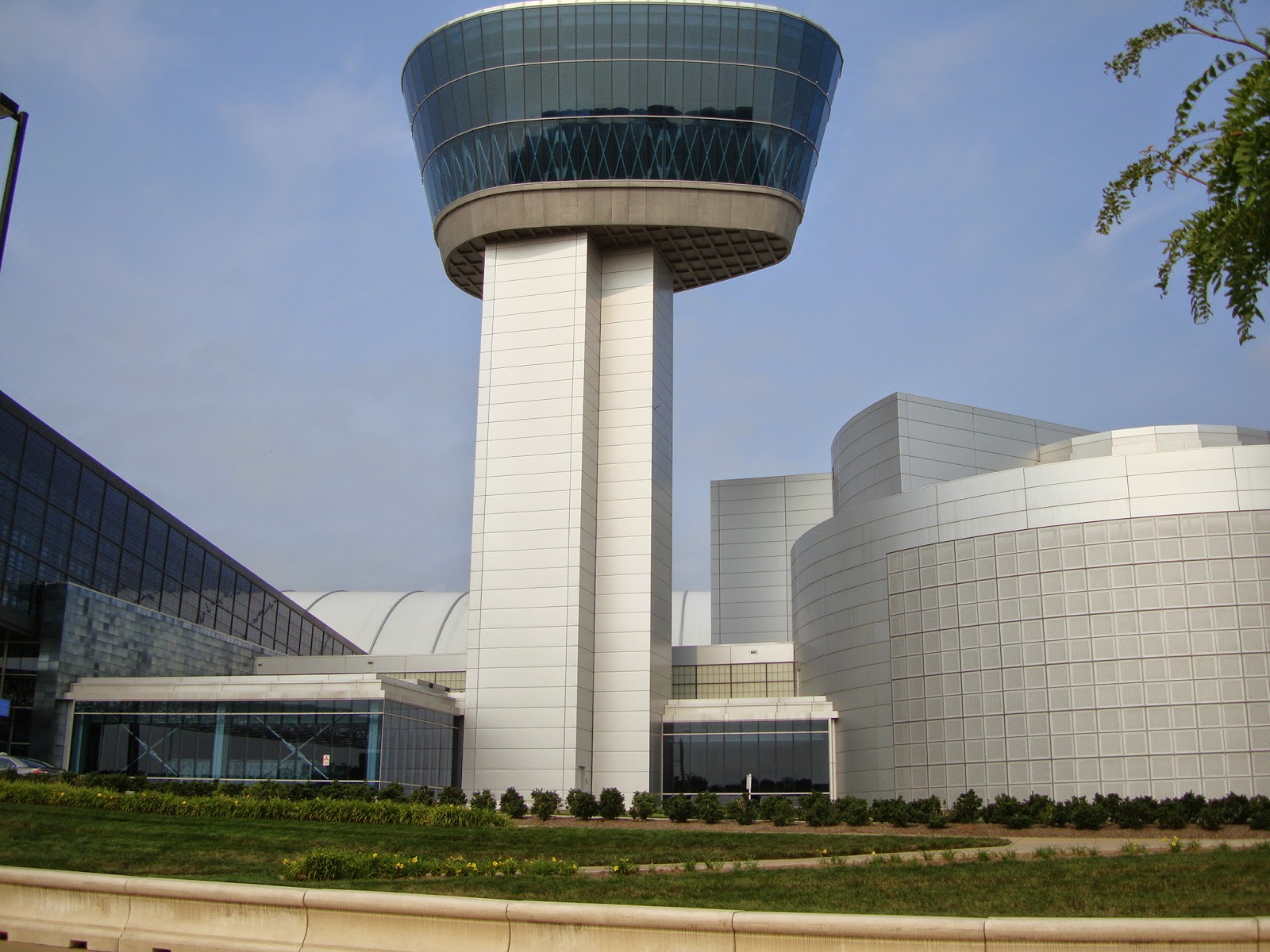 There are lots of displays, enough to satisfy everyone.   They've even suspended aircraft from the ceiling...   Some of these planes are from all over the world, the manufacturers of which I've never heard about before. But all are wonderful to see.  And if you read every bit of signage plus take detailed pictures of each plane, you will need at least two days to cover everything.  Didn't take me quite that long...LOL! 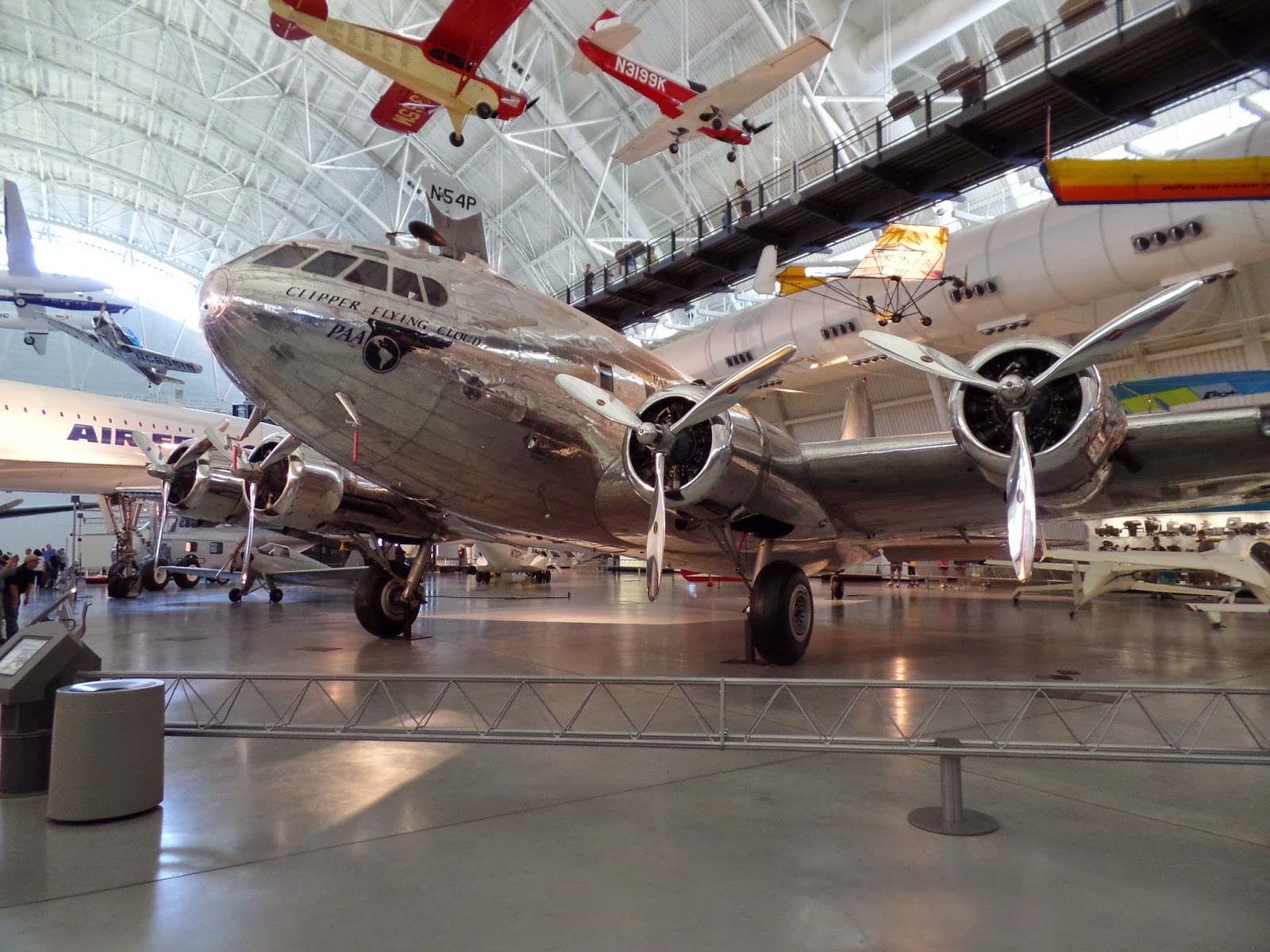