Feel the thunder; also (former) rails on the Delmarva...

The following picture is of ex-Reading 4-8-4 #2102, disguised as D&H 302, operating on the Pittsburg & Shawmut (spelling IS correct for the Pittsburg in the railroad's name) between Kittanning and Brockway, PA on 10/21/1973.  The location is a grade crossing at McWilliams, PA.

I rode the first excursion, and followed the second run, in a car.  It was a good thing I wasn't on board, as it was delayed out of Brockway's shop due to slippery, wet autumn leaves on the rails and the fact that there was no turntable to let the engine operate front forward..  The train was attempting to crest the hill "backing up," while towing the heavy passenger train.   Due to sand pipe arrangements, only some of the wheels got sand, thus the locomotive couldn't "get its feet."

So much coal was consumed in these futile attempts, that concerns were raised of running out before getting back to Kittanning, thus stranding everyone in the middle of the "forest primeval," in the dark.  And unlike more modern equipment, with antique cars there was insufficient lighting for safety in total darkness.  The P & S called out a couple of its diesels to pull the train, thus insuring its safe (if quite tardy) return.

Somewhere in the piles of stuff in the basement, I have an audio tape of the triple-header run-by...two diesels and the steam engine, all 3 "heavy on the throttle," as well as on the whistles.  It certainly was an impressive sound, one that I will never forget. 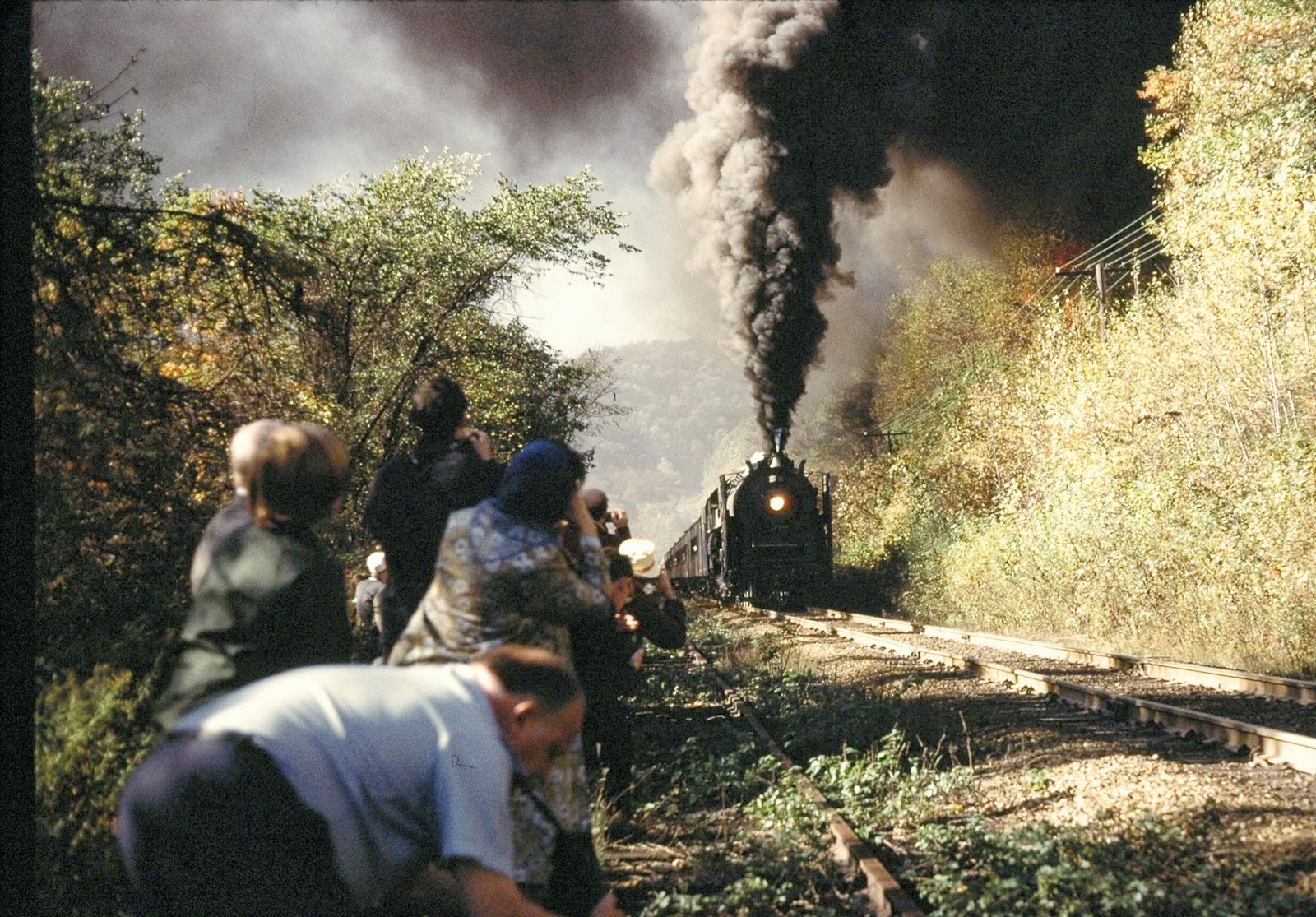 At last report, #2102 it is stored away at the Blue Mountain & Reading in Pennsylvania, awaiting repairs...at least it still exists.

With no current opportunities for anything except my normal (translation: androgynous) appearance, yours truly occasionally goes hunting for old railroad sights here on the Delmarva.  And strangely enough, a little coating of snow goes a long way toward helping recognize them.

I was aware of the former PRR route through the town of Easton, MD,  which has converted it to a hiking trail (but fortunately the station remains, in good repair.)  There are stories about the old "Ocean City Railroad" there - originally Baltimore and Eastern Shore Railroad, then Baltimore, Chesapeake and Atlantic Railway (controlled by the PRR.)  The two lines (PRR from Queen Anne to Oxford and the BC&A from McDaniel to Ocean City) allegedly crossed somewhere in the town of Easton...a spot I hadn't found.  Until that snow helped the right-of-way stand out, even though rails were lifted at some point between 1950 and 1972.  Satellite views from Google Maps were very helpful in pinpointing the locations! 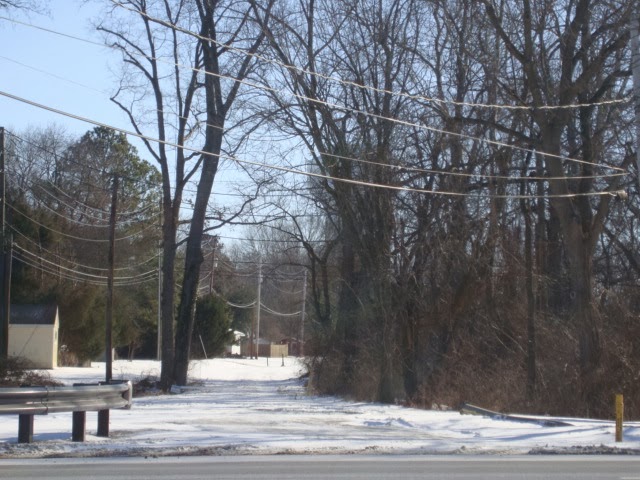 This was taken looking east, while parked on the berm of US 50 north of Dutchmans Lane, at the former grade crossing. 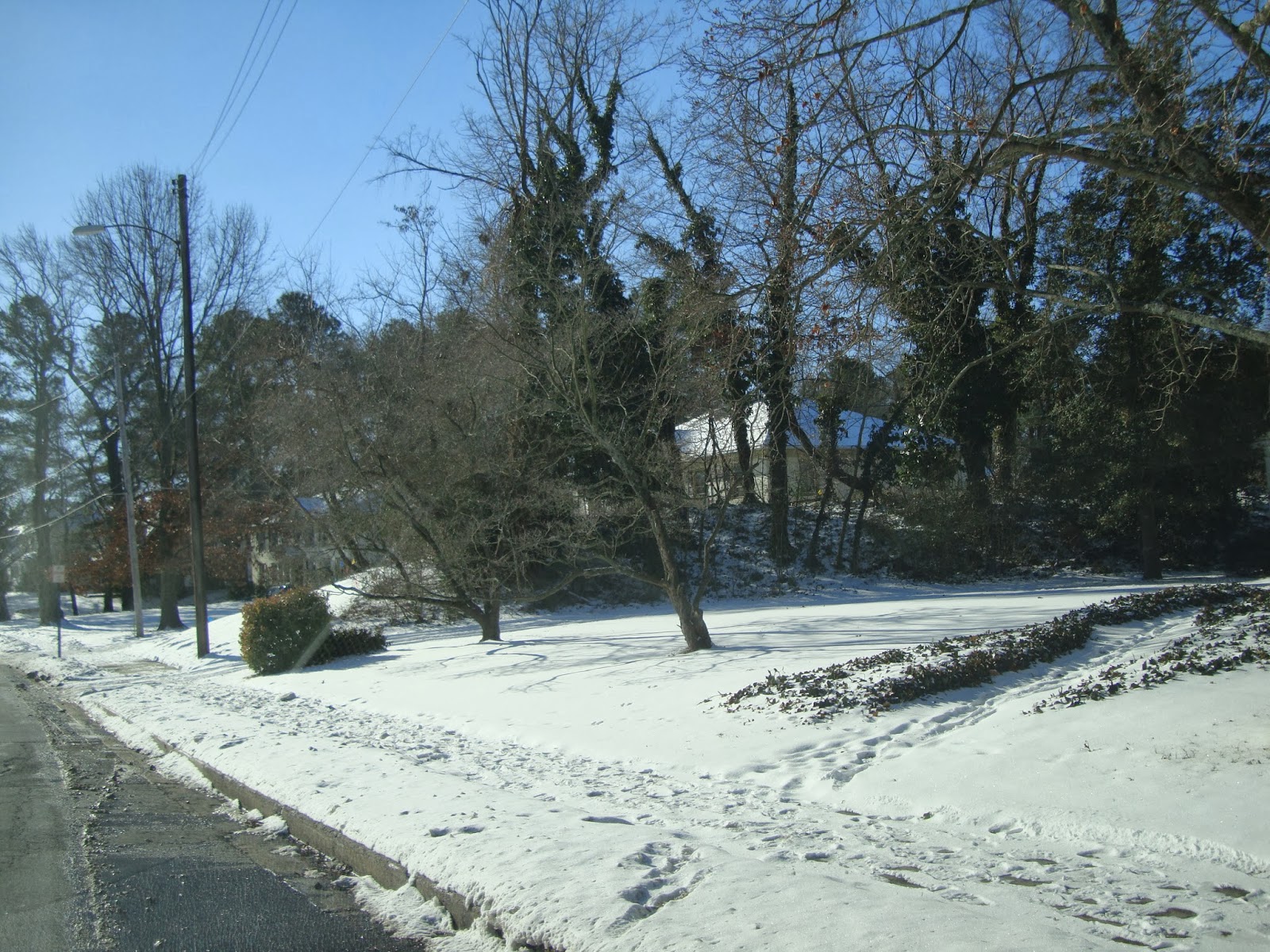 This was taken on Washington Street in Easton, looking more-or-less southwest.   The hump with small trees and scrub bushes in the middle of the picture was the former right of way.  Snow and lack of foliage make it easier to spot.  And this is confirmed by following the line using Google Earth. 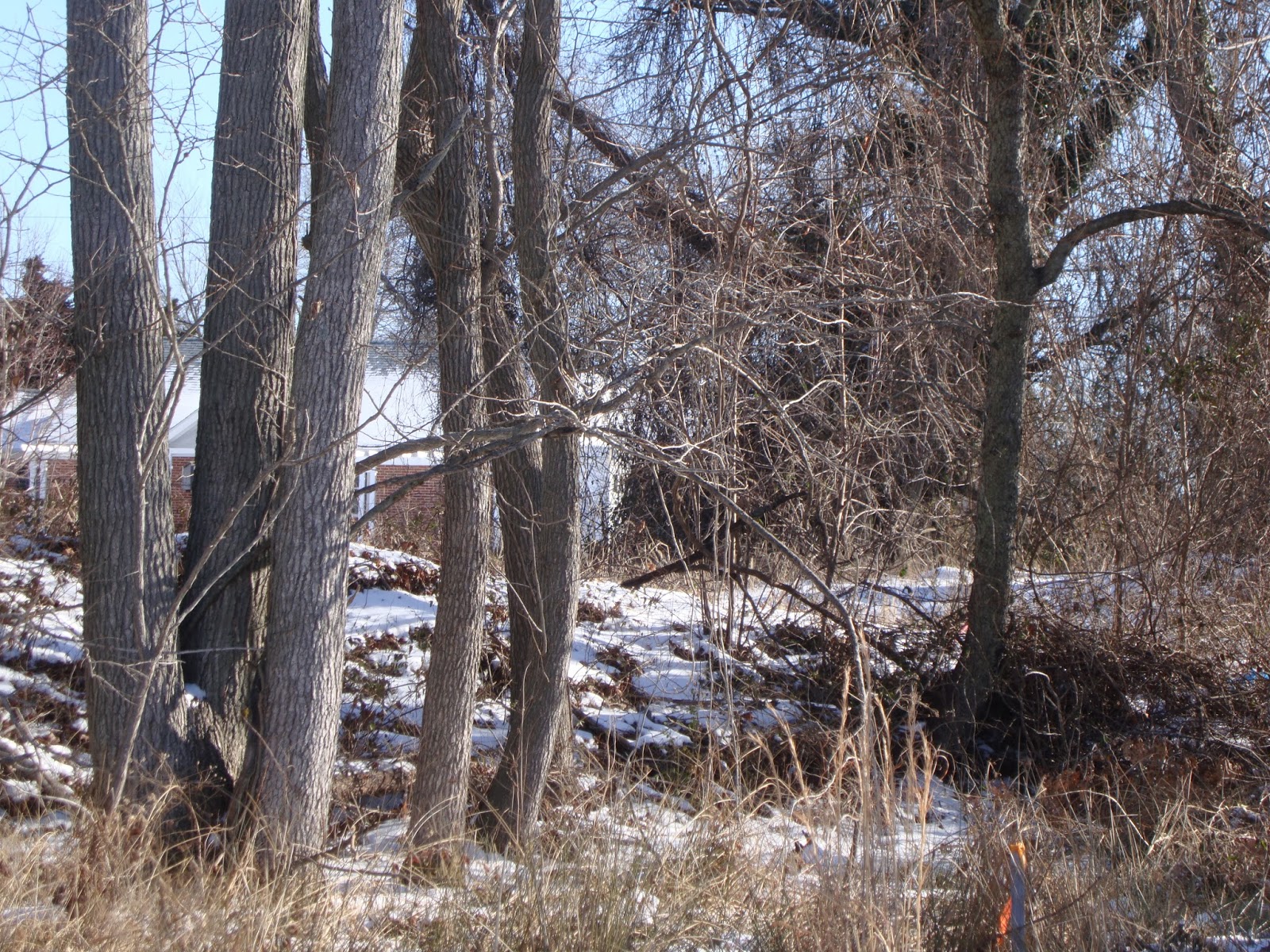 This was taken in the vicinity of Earle and Wye Streets.  Again, snow is helpful in highlighting the old right of way.

Now I just need to look for more of the line....or some of the other abandoned rails.  And there are many...