At my most recent fill, the tech decided to shorten my nails a little - she decided they were long enough that they might be damaged in my everyday activities.  Her theory is that pretty nails "a bit shorter" will look much nicer than longer, but damaged, nails.   They're now about 15/16" to 1" long from cuticle to the end, down from about 1-1/8" to 1-3/16".  I was surprised.  "But until they exceed their former length, you'll only need fills!"

Then came "Let me give you something to think about..."  Two bottles of nail polish appeared, one light and one darker brown.  "Since you probably would object to wearing red or hot pink polish, either of these can also give you a new look.  Here, let's try them."  I sat there watching as she painted one hand light brown, the other the darker color.  Both polishes fully covered each nail in its entirety, including white tips, and gave my hands a different sort of femininity.  Needless to say, my preference was the darker...it was less noticeable.  But as I showed the techs (and customers) my nails, it was unanimous - the girls all thought the lighter was more stylish and contemporary.  Of course it was just a trial run, so she removed the paint immediately.  But I figure I'll end up wearing it at some point!

An impromptu trip across the bridge became a possibility for Thursday, once it became a bit warmer than the cold polar weather early in the week.  So I figured out I'd go over, but stop and change to a skirt and heels in the cornfields.   Like I did last time.  The outfit I had planned to wear: 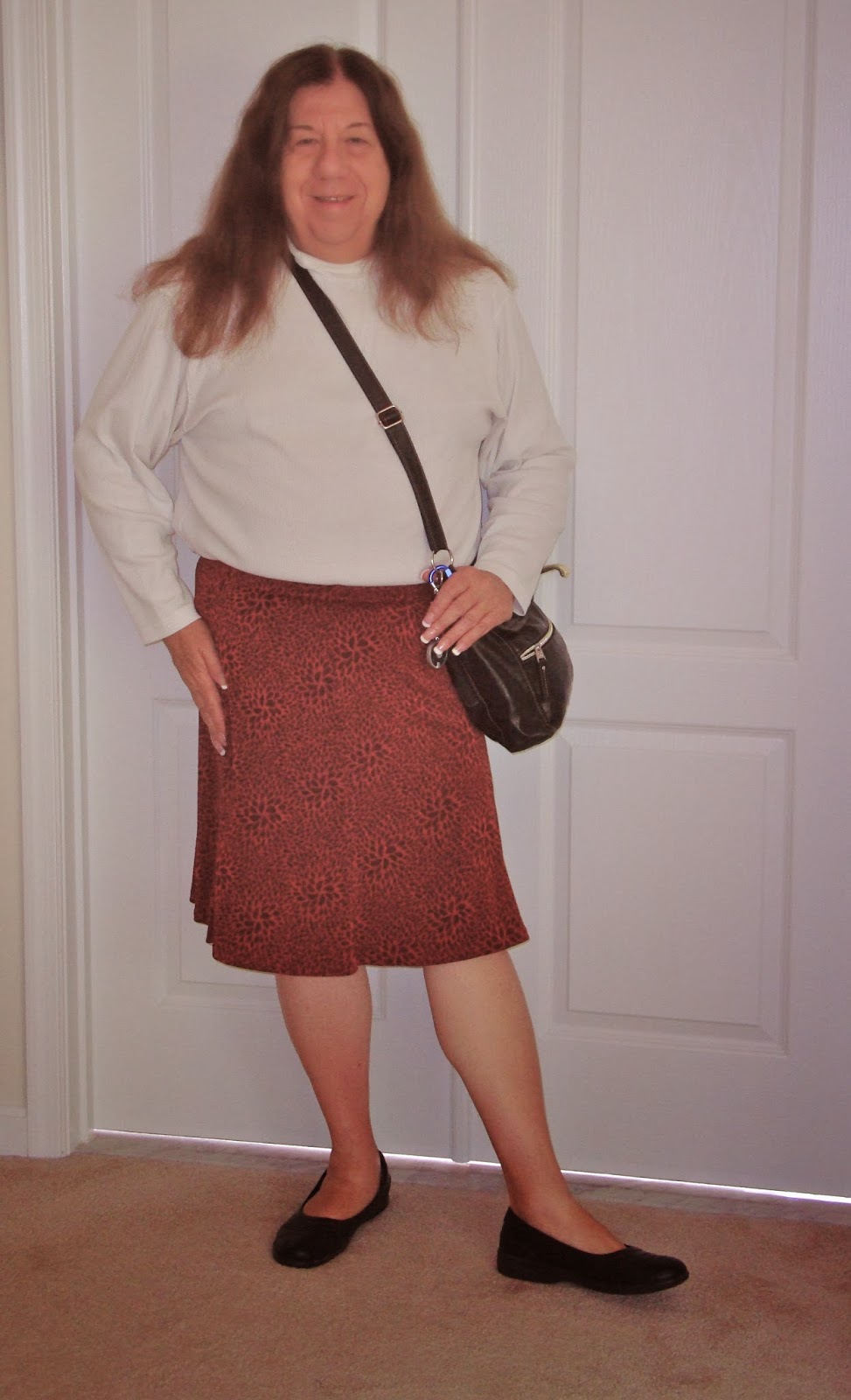 With my black tights, and MJ heels, of course...

However, that plan turned "DOA" really quickly when I found I was adding a passenger - my wife wants to go along, and do some shopping "on the other side."  Needless to say, I'll have to settle for my usual old androgynous self on that trip.

But I have a dentist appointment over there in February.  I can change into my skirt right after the dentist, and there won't be any problem...since I will be alone on that one!
Posted by Mandy Sherman at 8:00 AM