Out and about, Part 3 "Under the Boardwalk"

After spending some time touring Boardwalk Hall in Atlantic City, NJ a few of our antique car group went on to other destinations, while we stuck around town for a while, and took a walk on the Boardwalk.  It was a fabulous day - those who stayed got to enjoy the sun...salt air...and the lack of crowds!

One thing that surprised us about the scenery, and had changed since our last visit there, was that there are now dunes between the ocean and the boardwalk.   Most likely they're man-made, to act as a protective barrier against storms.  In any case, we missed the chance to see the ocean from the boardwalk, not really wanting to cross the dunes to reach the beach.  (Getting sand out of my pantyhose without removing them, would be too big a challenge!)   Lastly, from where we stood at least, you couldn't go "under the boardwalk..." as in the song. 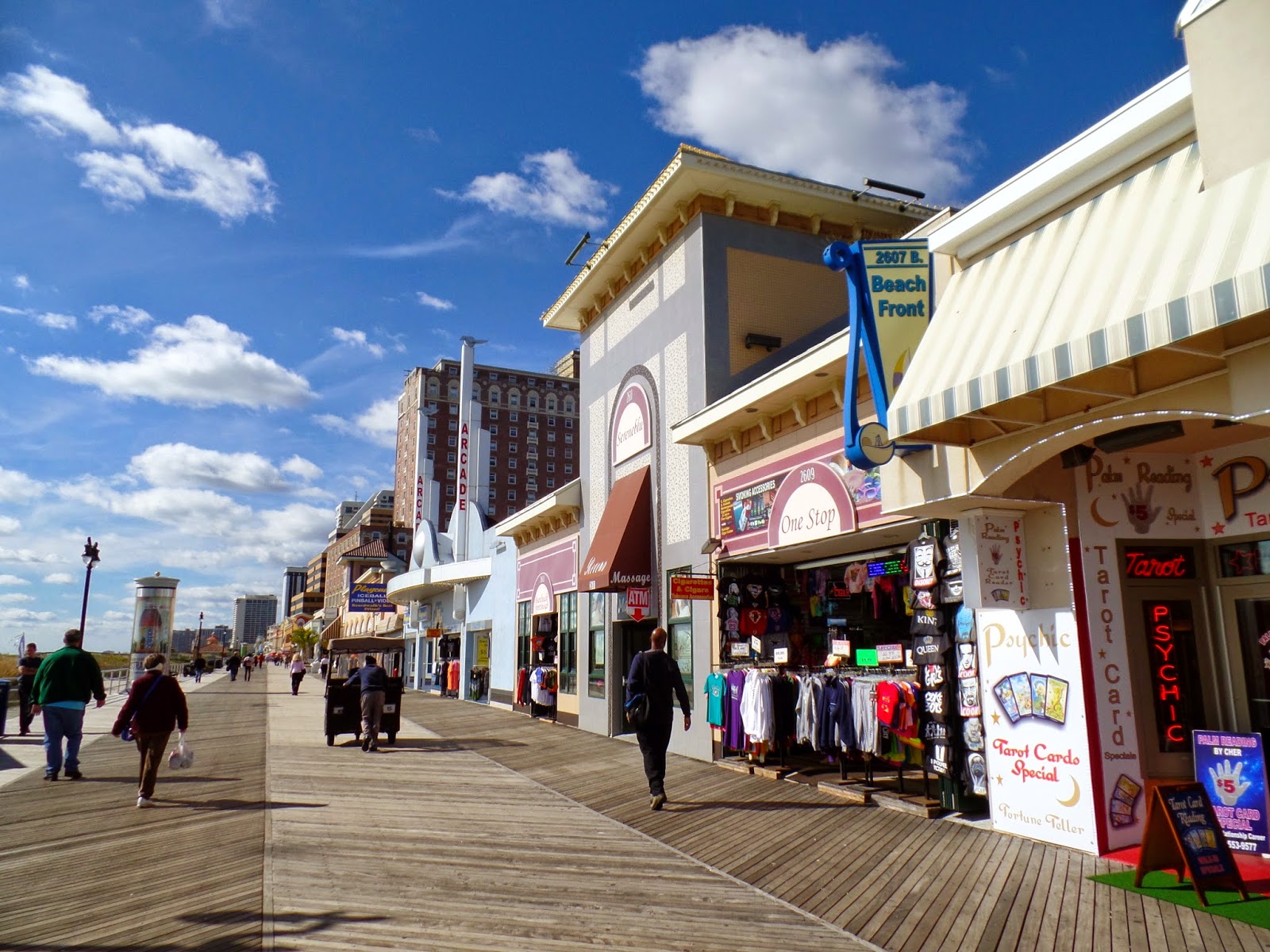 Following is what's left of the Trump Plaza.  They were taking down the signs as we drove by...so much for the unemployment rate in Atlantic City.  I wish the best for anyone affected by these casino closings... And then there was Lucy, the Margate Elephant.  From Wikipedia,
Lucy the Elephant is a six-story elephant-shaped example of novelty architecture, constructed of wood and tin sheeting in 1881  in Margate, NJ, two miles (3.2 km) south of Atlantic City, in an effort to sell real estate and attract tourists.

Today, Lucy is a tourist attraction. Guided tours take visitors into the building through the spiral staircase in the left rear leg up into the interior, then up again into the howdah to see views of Margate, the Atlantic City skyline, and the Atlantic Ocean. 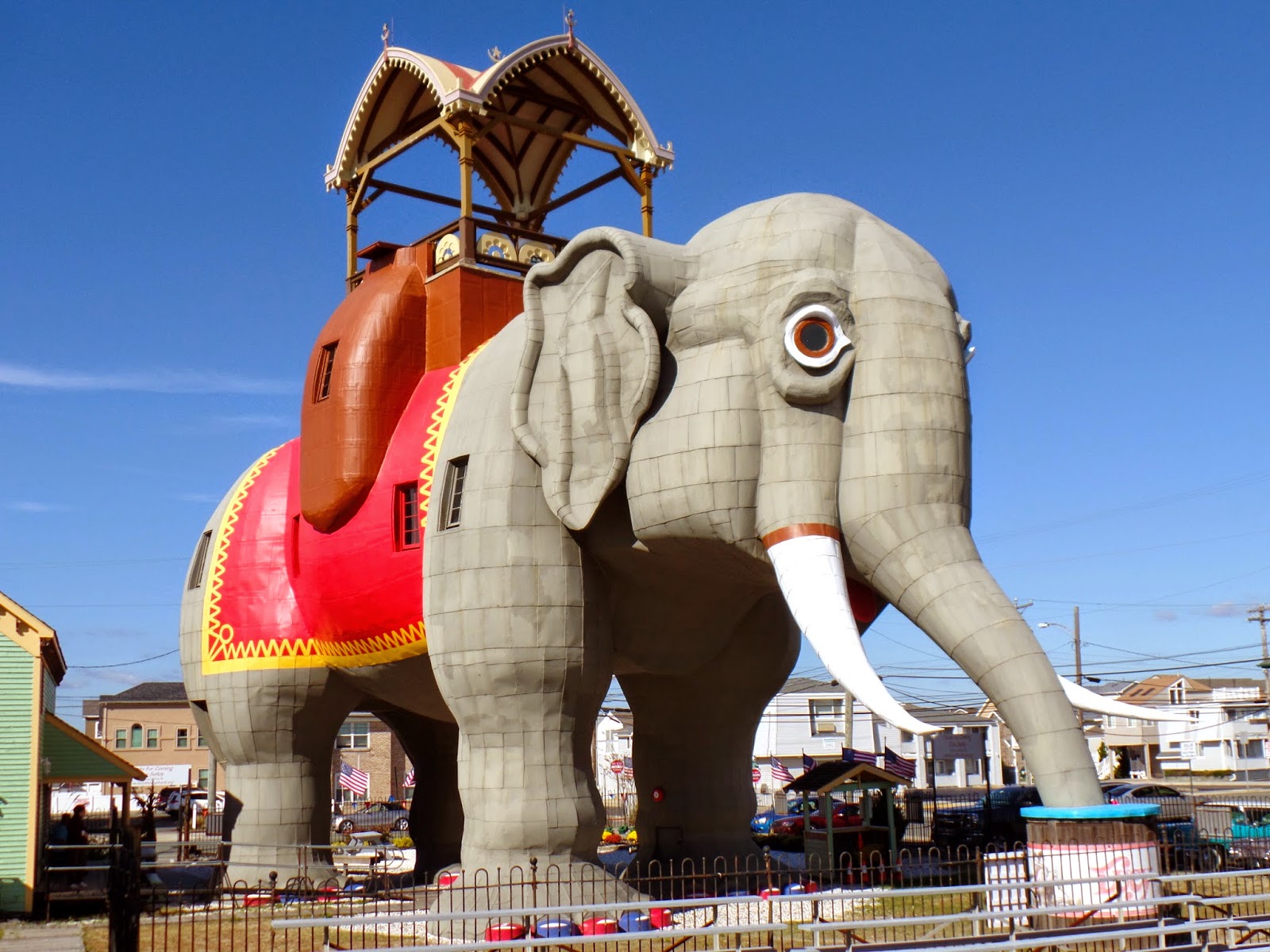 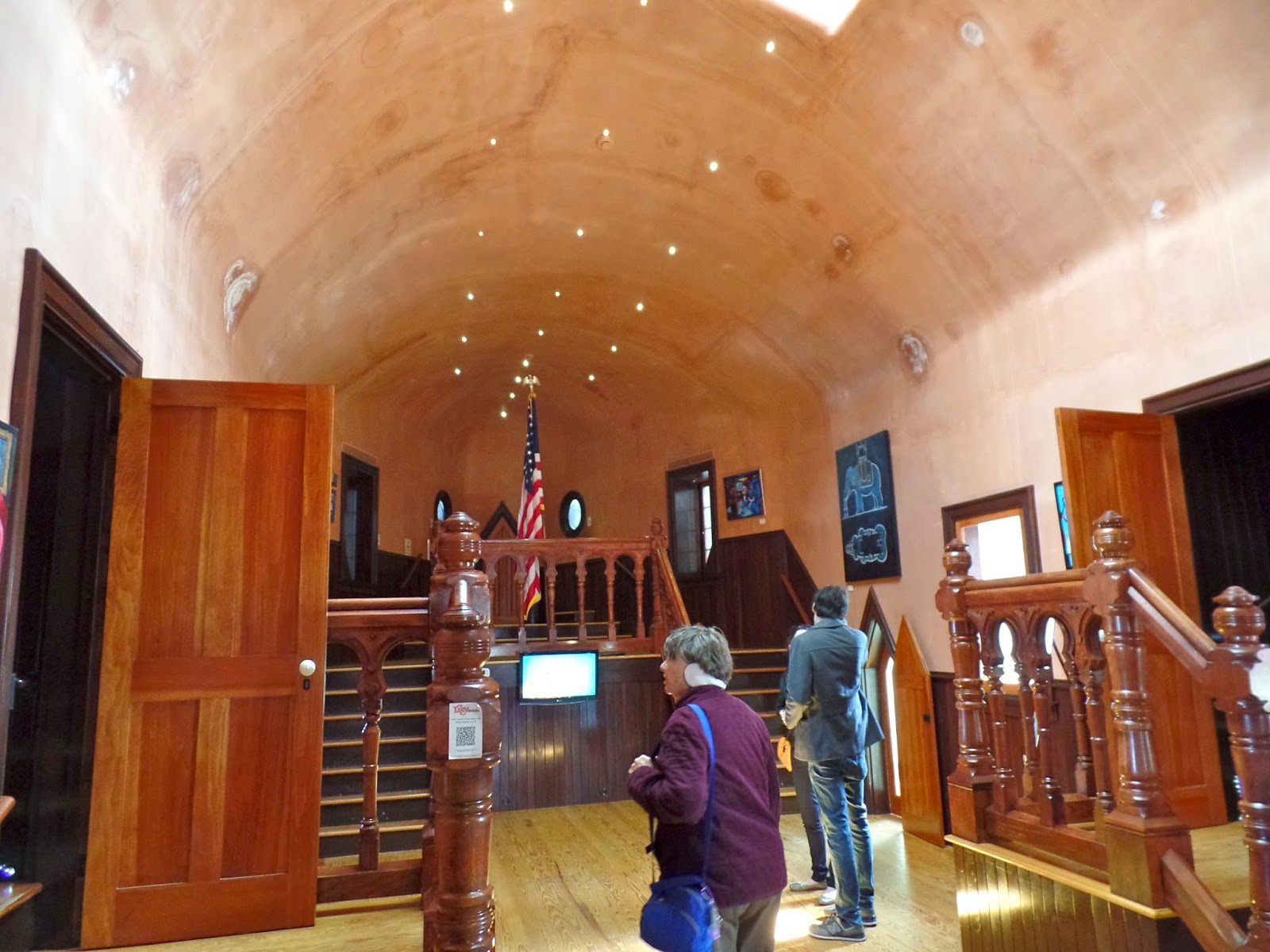 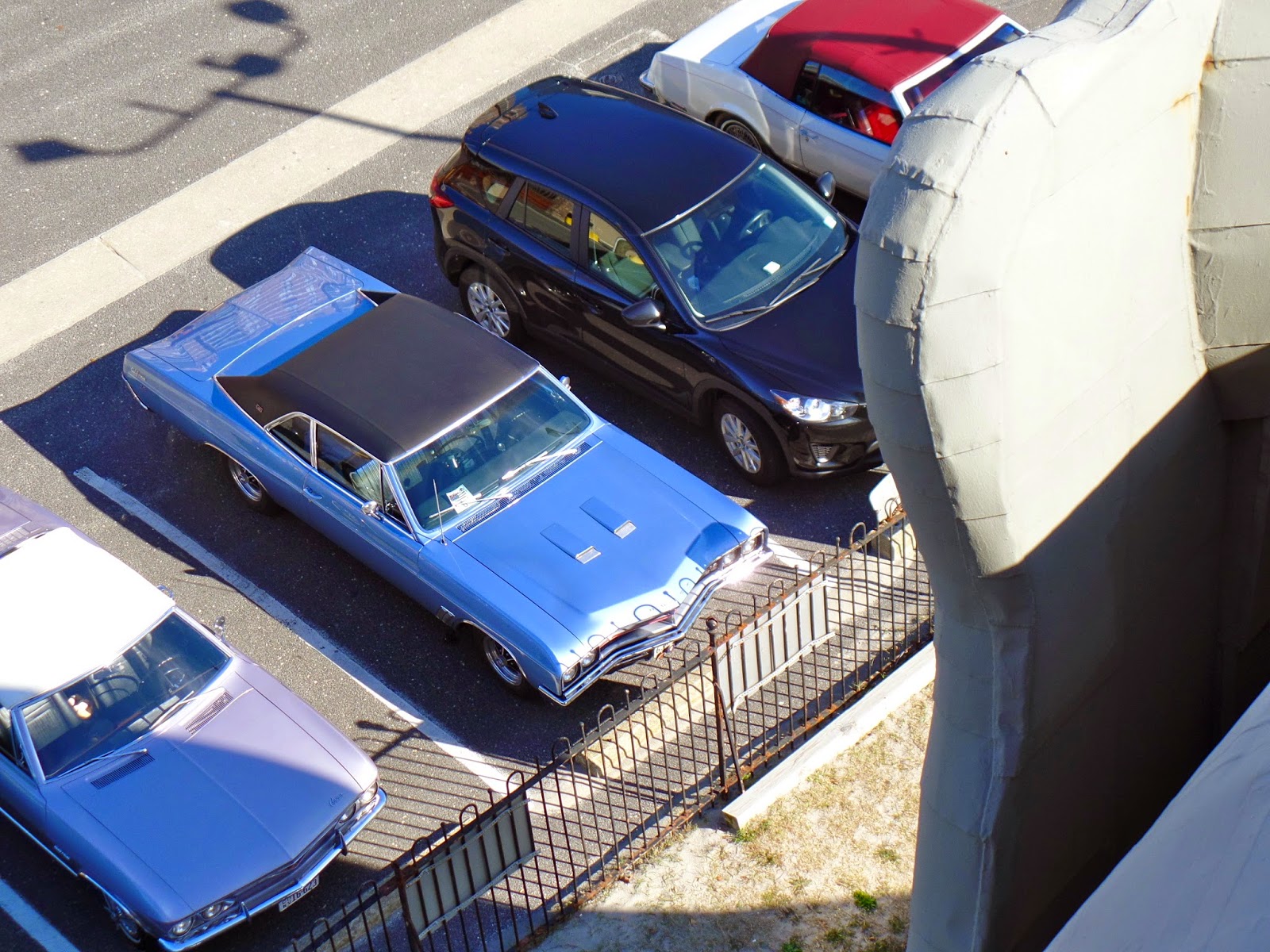 My car (the one with hood scoops) from the Howdah...

From there we headed "back to the barn" for a nice dinner with some of our friends...and look forward to next year!
Posted by Mandy Sherman at 3:43 AM