Though I was planning to be in Chicago for a meeting, I scheduled my arrival for the day beforehand, to avoid a problem I had last time, namely: the train arrived well after the meeting concluded.  That meant I had some time on my hands for exploring.


After getting settled into my (expensive) hotel, I found that I wasn’t far from the eastern end of “The Mother Road,”  US Route 66.  A few minutes later, I found the spot, and got this “beginning” picture.  Remaining elusive is the “ending” sign – it’s a few blocks away – I just haven’t found it yet. 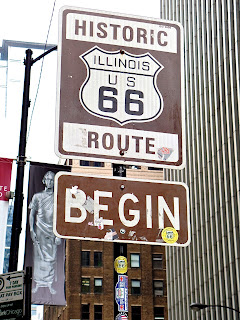 Shortly thereafter, I glanced skyward, and was amazed at what I saw…a low-flying cloud deck, obscuring the tops of skyscrapers.  It’s a phenomenon I haven’t seen in a long time, and definitely it was a Kodak moment… 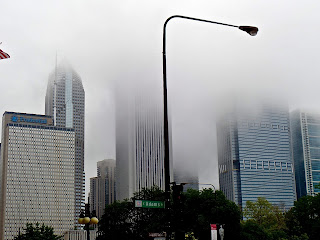 Anyone remember “Kolchak: The Night Stalker” series from the ‘70’s?   His office was in the Old Colony Building.  I found the building, which is now undergoing serious renovations.  And yes, the elevated train runs right next to his office, just like on TV! 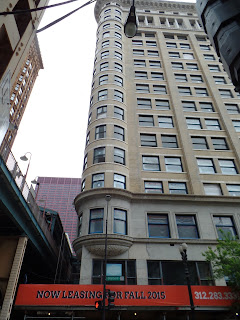 The rest of my time in Chicago was centered on the meeting I was attending the next day…and the following day was departure from Chicago.

However instead of traveling east and returning home as originally scheduled, the pieces seemed to fall together such that I had an opportunity to ride to the west coast in a very old (1948) sleeper/dome/round end observation, on the back of a regularly-scheduled Amtrak train.  How could I do anything other than say yes to that?

WEEELLLLL - Easy answer:  I couldn’t…   So away I went, for my “magic carpet” ride.  Very nice digs, big quantities of wonderful food,  good friends and a glass dome for viewing the scenery, too.  (Went through thunderstorms with hail, lightning and torrential rain. What an experience in a dome, and what a ride!  When can I go again?????) 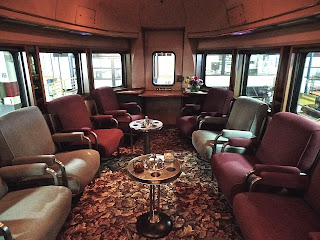 Needless to say, for the approximately 2 overnights and nearly 2 days duration of the train ride, no skirts or other fem-wear.  I was just my usual androgynous self, which the folks riding with me had seen previously.  So, no harm, no foul.   I was under orders from my wife to “not” show up around people we know in a dress (translation: nightgown.)  There was no need to, so it wasn’t an issue.  But there are any number of reasons it could have happened, which I pointed out to her, and I couldn’t have avoided it.  She knew, but hoped it wouldn’t happen.  She won that bet and they didn’t get to see me in a feminine gown.

I had considered that the chips might fall my way, and thankfully made appropriate room reservations to stay a couple nights in a stateroom at the Queen Mary in Long Beach…just in case I don’t get back.  (You just might remember that I had to cancel that destination in last January’s trip.)   It certainly didn’t take long for the repeat opportunity! Moral of story:  Never give up!  (Keep that in mind, Jen!)

More later, when I have a chance to write it….

Posted by Mandy Sherman at 2:22 AM