Due to my wife's earlier "failed" spring cleaning attempt (see "A Close Shave" dated 4/2/14), most of Mom's spare clothes and all of my women's wardrobe, which she (my wife) had commingled in clothing bags for charity, ended up being moved out of those bags and into a cedar chest in the basement.  In a quick stealth review of the piles of clothes, I'd located all but one of my blouses and one skirt.

Since that time, there was a problem with Mom's nursing home's laundry, and three pairs of her pants came up missing.  They're going to pay for replacing her missing clothes.  However, I really had no clue as to what she still has here in the cedar chest.  So Tuesday, while my wife was attending a hen party, I told her that I'd be looking through the things in the chest to familiarize myself with what's there.

I had a wonderful afternoon downstairs in the nice, cool basement!  My missing items re-appeared, and there was sufficient time to try on all my outfits, in preparation for upcoming outings.  I picked out 3 summer skirts and tops, which can be "mix-and-matched" fairly well, and locked them away where I can get to them when I need them. The rest are safely tucked away again, with Mom's things.

Now all I need is the "opportunity" to get out...

And, what's the old saying: ask and you shall receive?

Wednesday I had a dentist appointment on the other side of the bridge, and also an eye doctor appointment (new optical place, for a pair of cheap spare glasses.)  My wife declined to go along, so I unearthed my new pink floral blouse and put it in the car.  Off I went, to the dentist, who once again, took pains to avoid messing up my makeup.  He's a great guy, and has no problems with my capri pants and white sandals!    After that, I drove to my "hideout in the woods" to change my blouse, making my outfit completely femme.   See first picture below.

From there it was off to the gift shop, where I purchased some small trinkets for our son and his girlfriend.  Here is a picture in the gift shop parking lot...not very busy (an understatement.)  But it was nice to be properly addressed by the staff (there were no other customers in the store and they were having a little social time amongst themselves.) 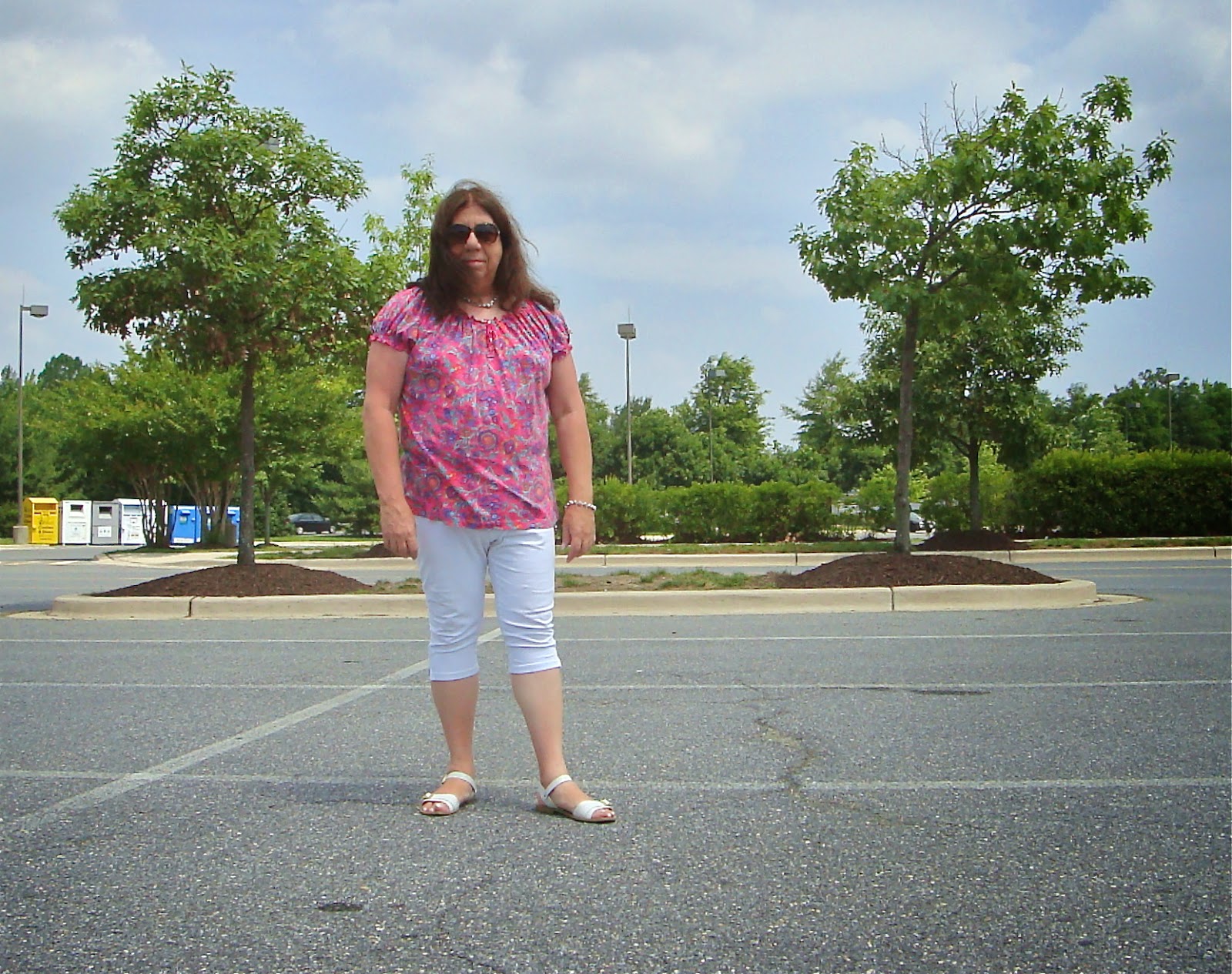 At the mall, where I went to get something to eat, I revisited the store where I bought my makeup (my favorite clerk wasn't there) and used their women's room.  In the process I got the obligatory picture...which really isn't all that impressive due to the fact it's a one stall room! 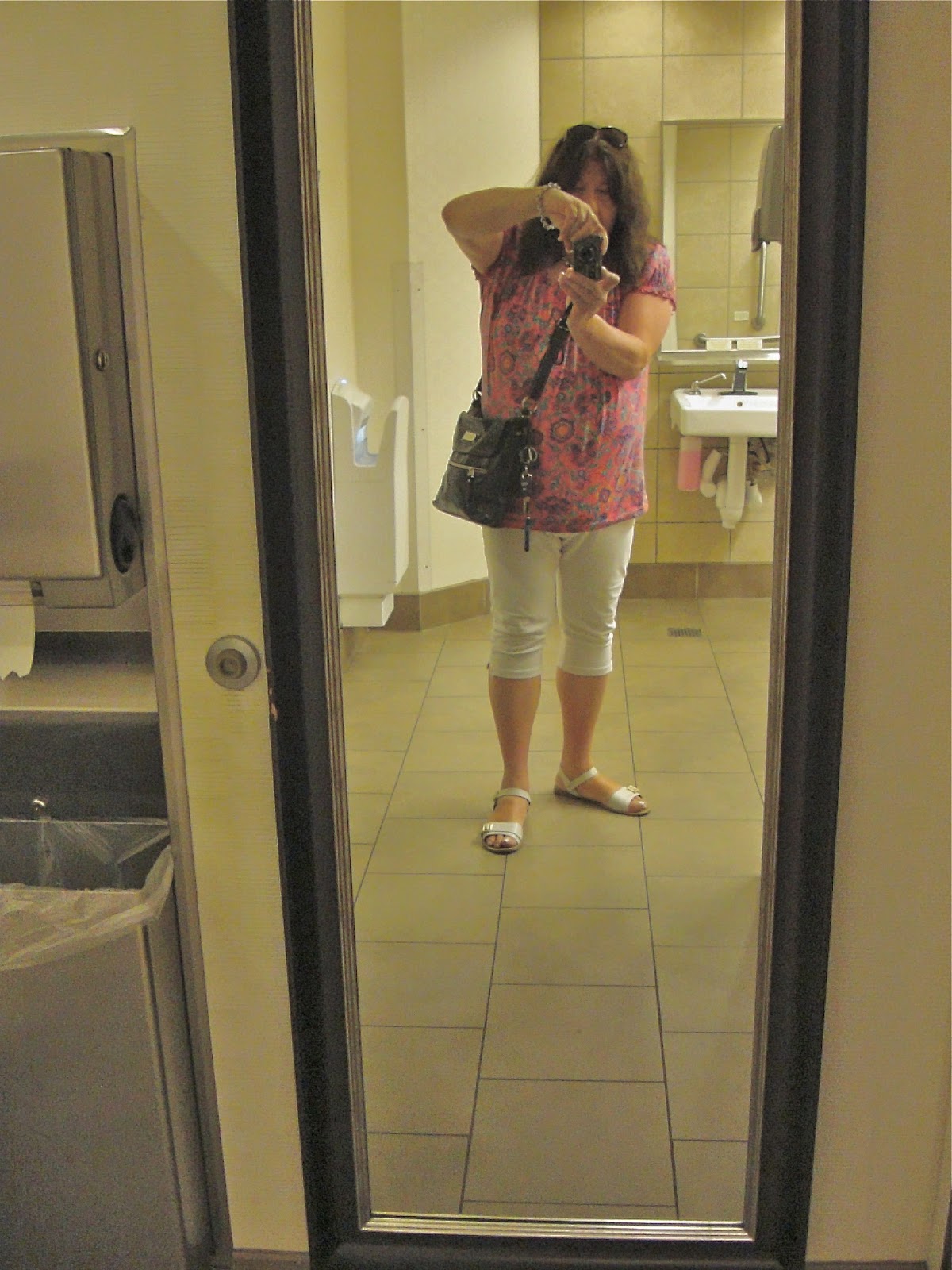 And after leaving the mall, I headed for the optical place.  There I filled out their new patient application (surprise - no place for gender/sex - hooray), and upon turning it in, I (addressed as Ms.) was shown only women's frames, and the female clerk helped to pick out my favorites.  There was no indecision on their part as to which frames I would have to choose from.   It really helps that my given name is female!

I found two frames I like, one of which looks mildly unisex, the other is clearly feminine. The feminine one is the frame I chose, but they had a special which let me get both pairs.  Everybody there treated me like any other female shopper...a very good reception.  Correct pronouns, correct forms of address...  Perfect in every way!  And the best part is that I'm now on their records as a woman.  (There was a downside to my visit - not gender related - but that's for another post, much later on.  Fortunately, my vision with lenses is still 20/20 so no action is needed now.  )

Since it will take about 2 weeks to get the new glasses (they don't have a lab on site),  and my wife probably won't go along, so I'll have a chance to dress again.  Since my hideaway in the woods worked for changing this time, maybe I'll take along a skirt and top!   Nothing beats running my errands en femme! 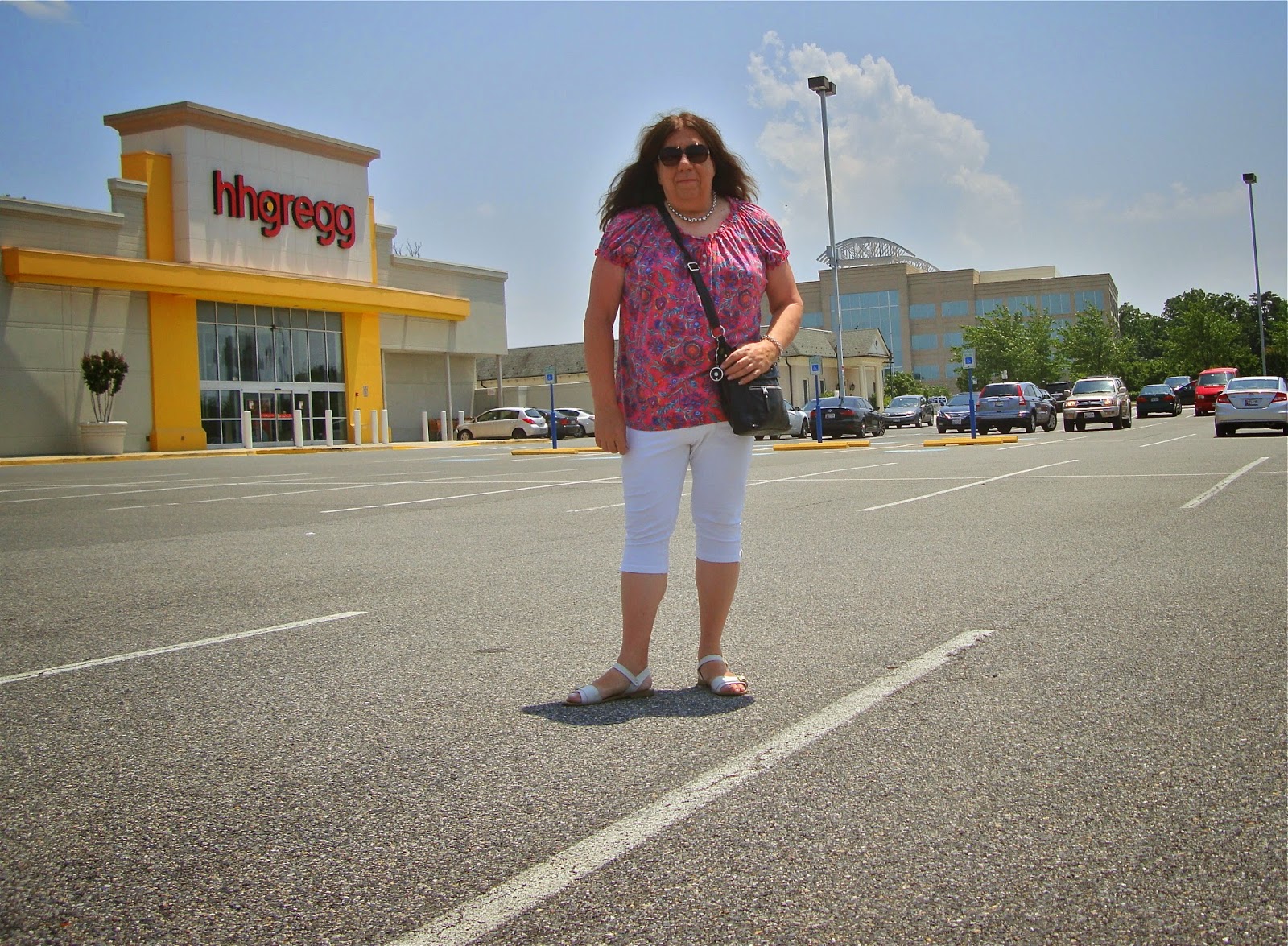 A picture of me in the parking lot of the shopping center with the new optician.