Well, it looks as though my presentation while on vacation was feminine enough for the head honcho of the hotel...    She (yes, "she") wrote me a very nice thank-you note, in response to our recent stay.  When it arrived last Friday, it was addressed to Ms. (insert real first and last name here.)    Letters like that are always a pleasure to receive!

Last Thursday I dropped into the nail salon for my usual silver shellac pedicure (the girls like that color on me, and it's accepted at home.)  With no appointment, I tried to get there before they opened and hoped for the best.  Unfortunately, two customers were in line out front, ahead of me, so I knew it would be a long wait...  There are only two techs on Thursday mornings, and both customers wanted mani's and pedi's for the holiday.

While I waited my turn in one of the spa chairs, I "vegged out" and relaxed.  A mother and her twenty-something daughter came in, and both said hi to me, like we were old friends.  In reality, we had met at the salon a couple of times, and sort of knew each other.

The daughter told her mother that "she has the right idea - relaxing while she waits!"  They were seated in the two chairs to my left.  As luck would have it, the daughter sat next to me and started a nail color and type-of-manicure/pedicure conversation...   It was fun chatting back and forth, with her mother deciding that sparkly purple would look nice on both her and her daughter, and that I should try it, too...

I educated them on shellac polish, and the fact that silver goes with everything - pants, shorts, skirts, and dresses.  In addition, it lasts over a month without chipping or wearing thin on the ends, which is wonderful as I won't be wearing closed shoes this summer.   They were both listening, and "mother" decided that she would try some shellac with her next pedicure.  This time, however, they both wanted to wear the exact same color purple on their fingers and toes for vacation.

The tech, who overheard their suggestion that I wear sparkly purple polish, chimed in with "I could paint her toe nails purple, on top of the new silver shellac.  Then I'll take a few minutes to give her acrylic fingernails a couple coats of purple paint, which will also help disguise the fact that she needs a fill."  (My fill appointment isn't till next week.) They all loved the idea, but I politely declined.  I said "that would be too radical a style change for me" and so they didn't pursue the purple issue.

Instead, they asked the tech to promise that, with my next fill, she'll make my fingernails silver, to match my toes.  She adored that idea, and said she'll even text them as she applies it!  To my surprise, the ladies said "That's a wonderful idea...if we're home, we'll come by to see how pretty she looks with matching nails!" Looks like this time, the girls are actually going to go through with it. Several previous threats never materialized.  And I won't resist.  Silver is neutral, and if absolutely necessary, I can always come back later to have it removed.

Another woman (this one elderly) came in and was seated to my right, as the tech was removing my old shellac polish. She asked "Excuse me, ma'am - is your polish something different?"  So I explained it to her as well.  It was truly grand to be accepted as a woman, by other women, for my entire visit (which  lasted over an hour and a half due to the holiday workload.)

At least, now I'm happy to show off my pedicure...a couple pictures are  below: 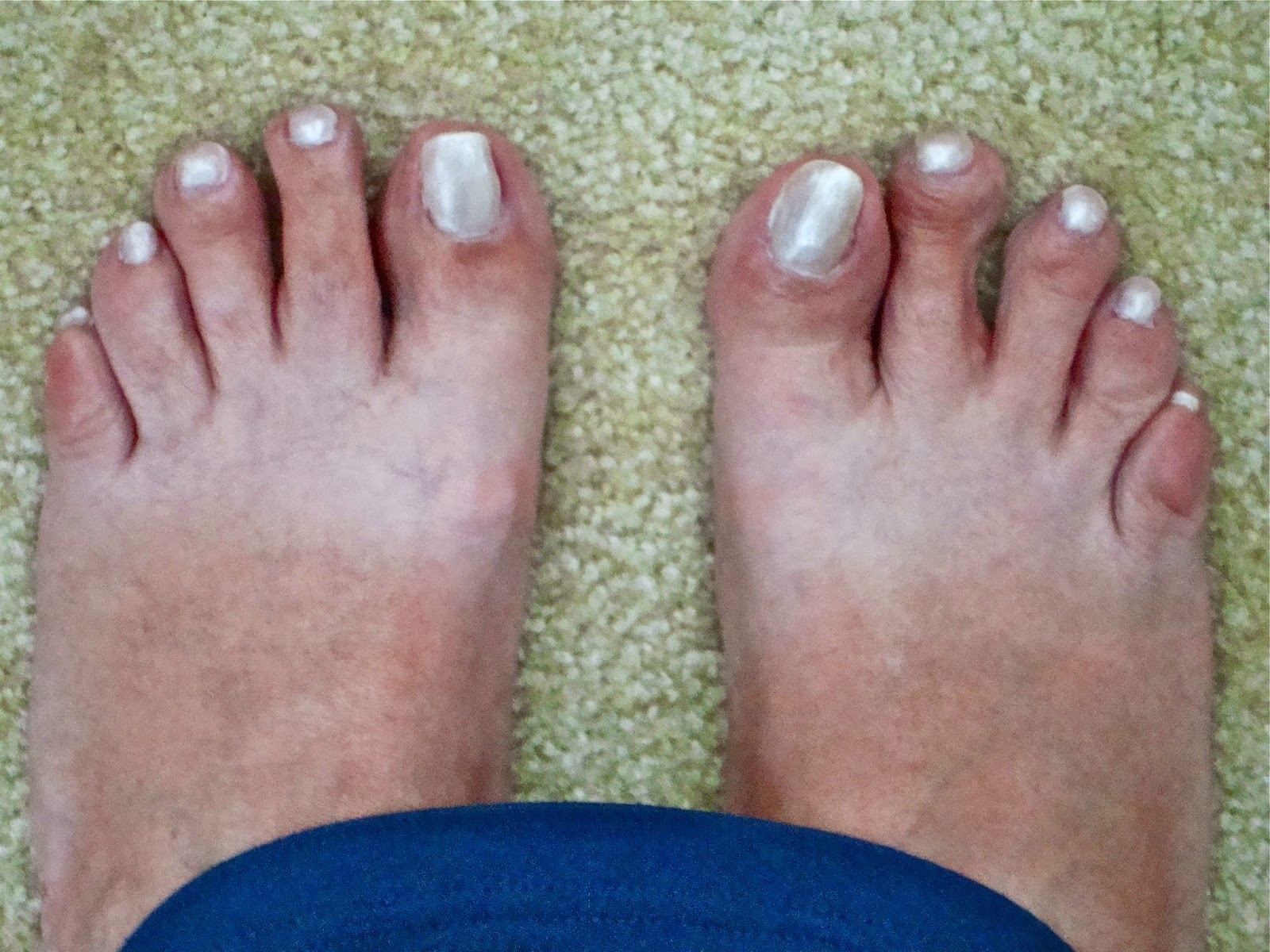 Silver-tipped toes peeking out from under my sleeveless house dress. 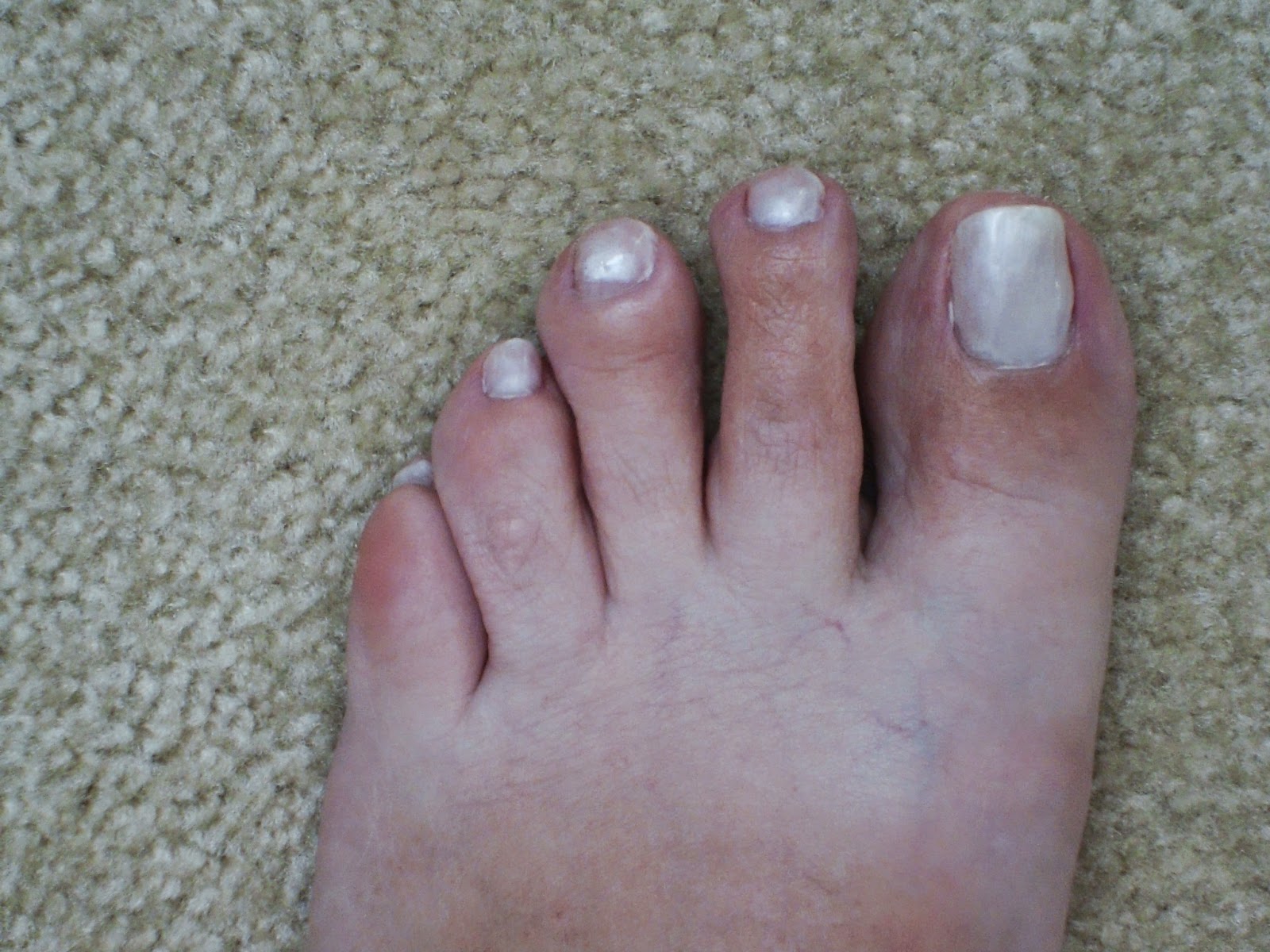 Pedicure, fresh from the nail salon...

It's amazing how, in spite of my voice being less feminine than my appearance, everyone made sure that I stayed "just one of the girls."   The whole time...

Yes, I really enjoyed this visit!

Posted by Mandy Sherman at 4:42 AM